Tarantulas in Missouri: Facts You Should Know

The Missouri Tarantula, also known as the Texas brown tarantula, is the only tarantula you will find in Missouri. This brown, hairy spider is the largest spider you will come across in Missouri.

With more than 50 tarantula species in North America, this is the only one that is native and found in Missouri.

1. Type Of Tarantulas In Missouri 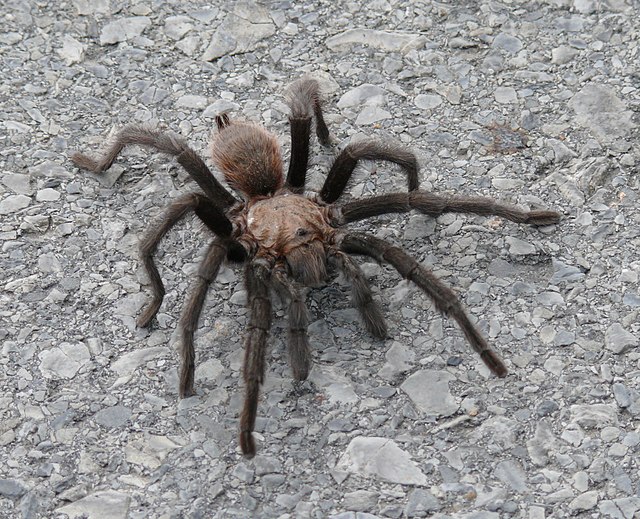 This tarantula grows up to 4 inches in leg span with dark brown bodies.

This is a very docile and non-dangerous tarantula species.

If it feels threatened, it will stand up on its back legs, raising the front legs.

They are New World tarantulas, which means that they have small urticating hairs on their belly, which they kick in the direction of what is threatening them.

They are very territorial and use webs to line and secure the entrance of their shelters while detecting any passing prey.

They are burrowing tarantulas, preferring to spend their days hidden in their underground burrows, coming out at night to hunt on prey. 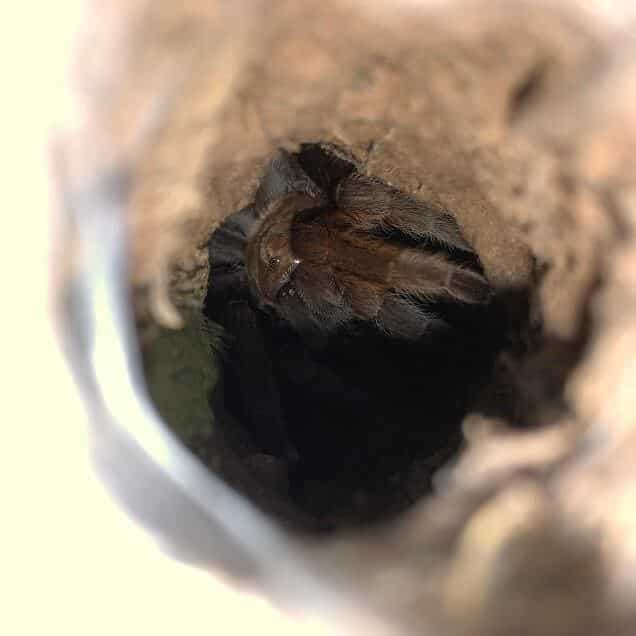 2. What Do Missouri Tarantulas Eat?

Tarantulas enjoy a diet of small invertebrates, such as beetles, grasshoppers, crickets, and caterpillars. As they get bigger, they may try and prey on small lizards or smaller tarantulas.

3. Are Missouri Tarantulas Dangerous To Humans?

The Missouri tarantula is not dangerous to humans unless you have an allergic reaction to their venom. The bite can be painful, due to its large size and if it doesn't get cleaned and treated properly, it could result in a secondary infection.

In most cases, you can expect swelling, redness, and discomfort for 24 to 48 hours after being bitten.

If you have an allergic reaction and you have trouble breathing or your face or throat swell, please seek emergency medical treatment.

4. Where To Find Tarantulas In Missouri? 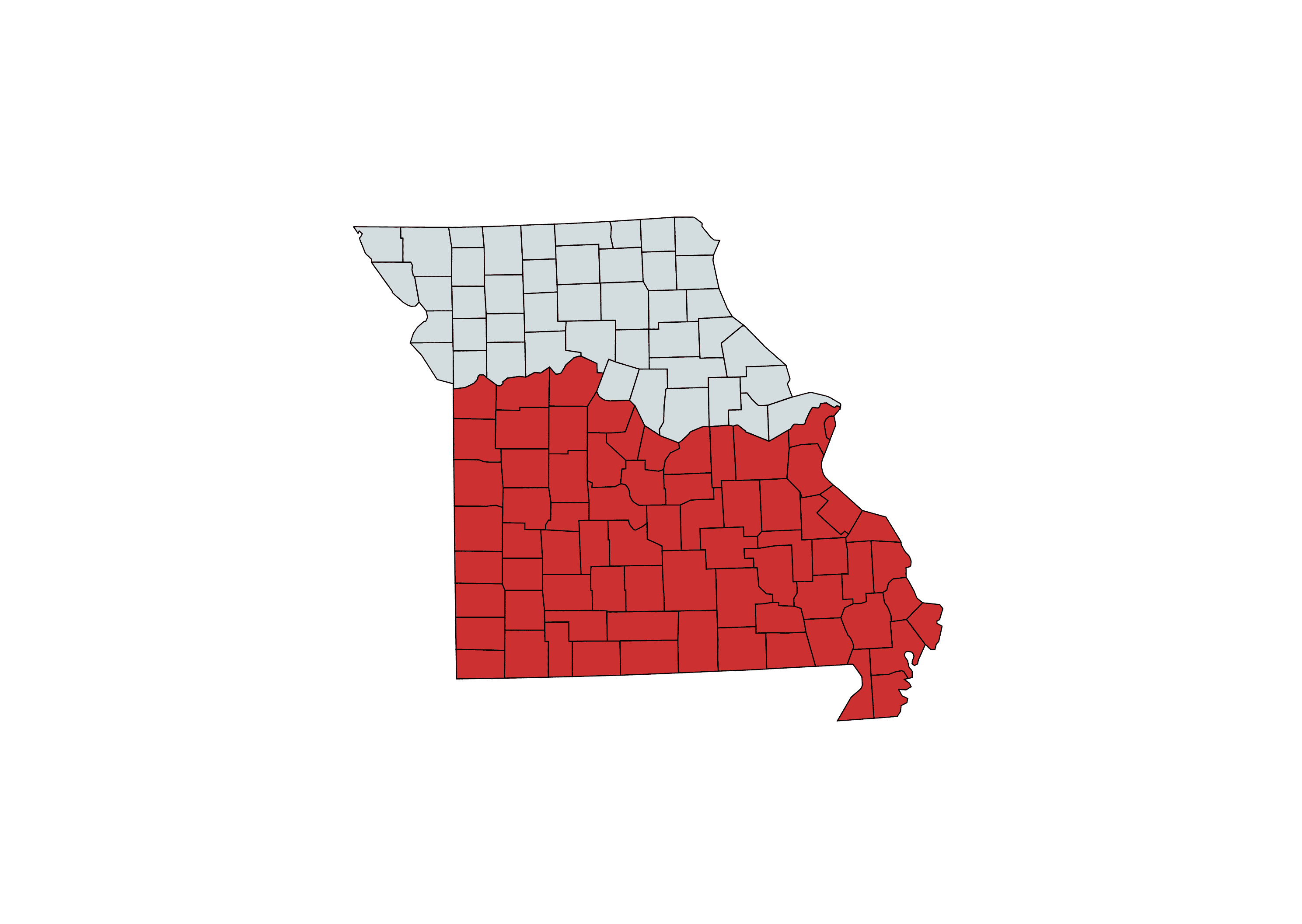 Missouri tarantulas are reported in various places in the south and central of Missouri. The Missouri River is a barrier to stop them from moving north.

The Missouri tarantula can be found in webbed burrows during the day, which can be abandoned tunnels from other animals or in crevices, usually around dry and rocky glades.

They are nocturnal and very seldom come into contact with humans.

5. When To Find Missouri Tarantulas? 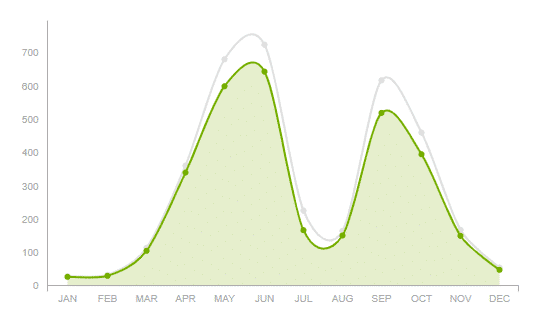 The above chart show the number of observations of Aphonopelma hentzi in Missouri by month. The data is collected from inaturalist.

The majority of sightings have been in June and September.

While the female will very seldom leave her burrow or wander far from her burrow, the males often travel fair distances to find a mate.

You are more likely to encounter or find them in your yard and home during the mating seasons.

6. What To Do If You See A Tarantula In Missouri?

It is very rare to find a tarantula in your home or yard in Missouri. This is because they are nocturnal and only the ales tend to venture out to look for a suitable mate.

If you do find one in the home, chances are it’s a male and can be captured carefully and released outside.

If you see one in your yard or when you are out exploring the rocky areas of Missouri, leave it alone. Most tarantulas are more scared of you than you are of them, they will prefer to run and hide in their burrow if approached, rather than taking a defensive stance.

They will bite if they feel threatened, but the Missouri tarantula is shy and docile.

Before looking at how to prevent tarantulas in the home and reduce the risk of you being bitten, you need to know how to catch one safely, so you can release it back into the wild.

Spiders, including tarantulas, will choose their homes where it is quiet and undisturbed. Regular cleaning and vacuuming can reduce the risk of a tarantula turning part of your home into theirs.

It is very unlikely that a tarantula will come into your home willingly. A male may find its way in searching for his perfect mate.

By sealing any gaps and fixing door and window screens, you can reduce the risk of a tarantula gaining access.

Tarantulas are burrowers and if they are around the home, chances are they are living under the house, therefore making them very hard to find.

They do go out hunting and searching for mates at night, which means any doors or sliding doors, along with gaps in screens and structure can result in the tarantula gaining access.

A great safety measure to reduce the risk of tarantulas gaining access is to make your property as unattractive as possible by keeping your yard clean and clearing away any vegetations, such as debris and old logs.

Remember that tarantulas are shy and will burrow into undisturbed areas such as fallen trees, stacks of boxes or cardboard, and overgrown areas.

The Missouri tarantula is relatively harmless to humans and will seldom find its way into your home.

Of course, they are great at reducing the number of insects on or in your property from cockroaches to small rodents and lizards.

You need to watch children and pets around these spiders, as they can and will bite if feel threatened.

Medical treatment should be sought if there is any risk of allergic reaction.