Tarantulas are not usually the easiest spiders to spot. They tend to live in burrows under logs and stones with their webs covering the entrance.

For this reason, there is no confirmation on how many tarantula species there are in Arizona. To date, there are 14 types tarantulas have been spotted in Arizona so far.

Where To Find Tarantulas In Arizona

Tarantulas prefer living in well-drained and dry soil, located in open areas in the desert and grassland areas of Arizona.

All are ground dwellers, though there are some species which are known to live in caves, cliffs, and trees.

Want to know where to find a tarantula? When visiting a dry arid region, you can lift some logs and bark to see if a tarantula has built a shelter below. They are known to use burrows made by other animals, weaving their web to create a comfortable and secure shelter.

Up to date, there are only fourteen tarantulas been spotted and identified in Arizona, these include: 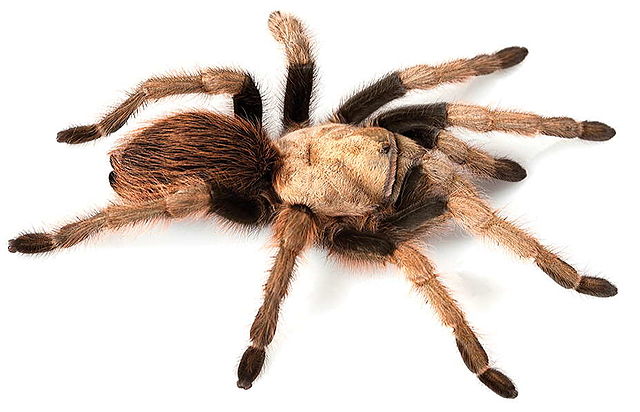 This tarantula is known as the Arizona blonde and is very rarely seen. It has dark legs and abdomen with light-colored hairs, making it very popular with tarantula pet owners.

They are a very docile species of tarantula. They are also not very skittish, which makes them ideal for the first-time pet owner.

When they have recently molted, they can be nervous.

They are slow growers and live in burrows under the ground and in trees. 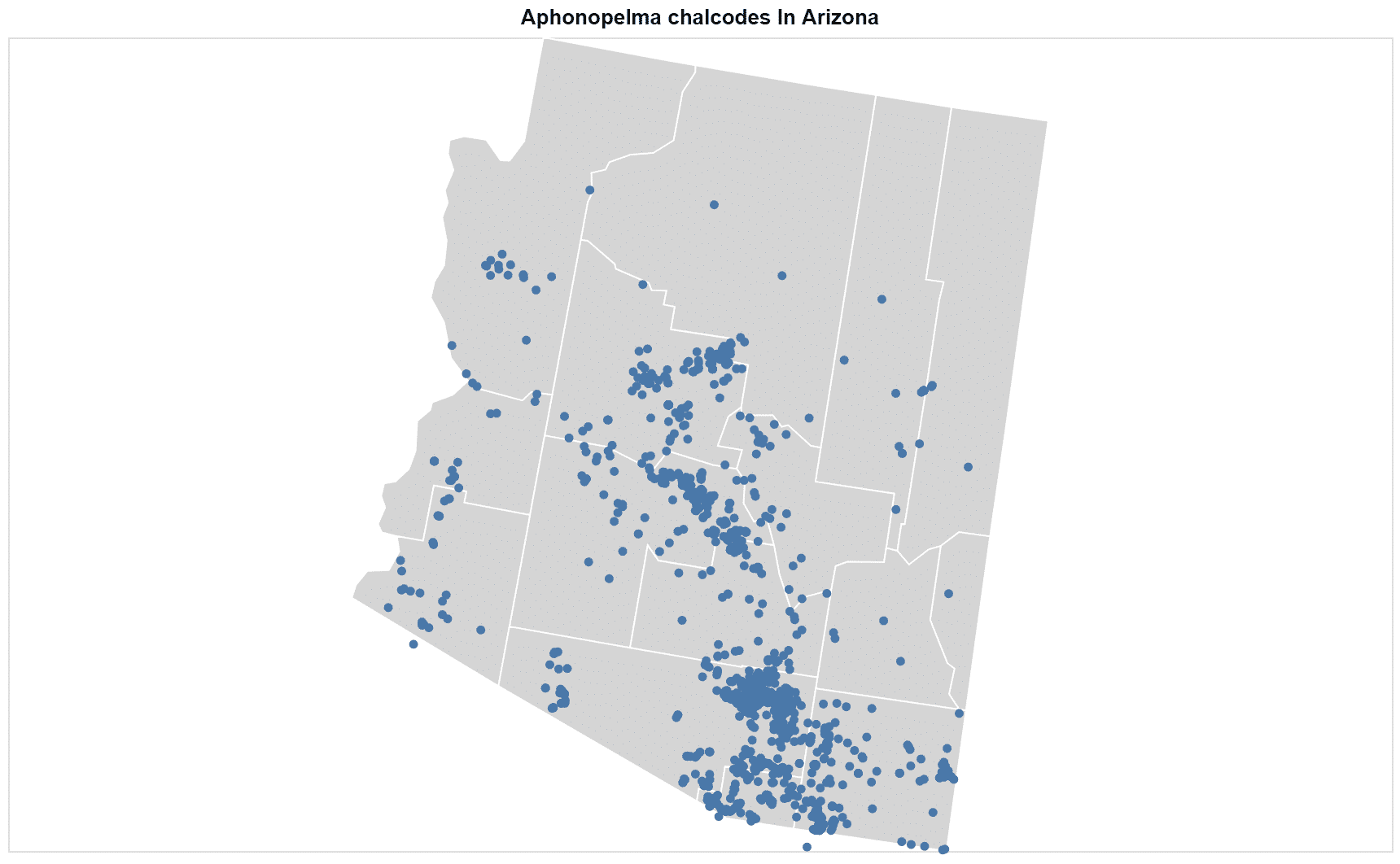 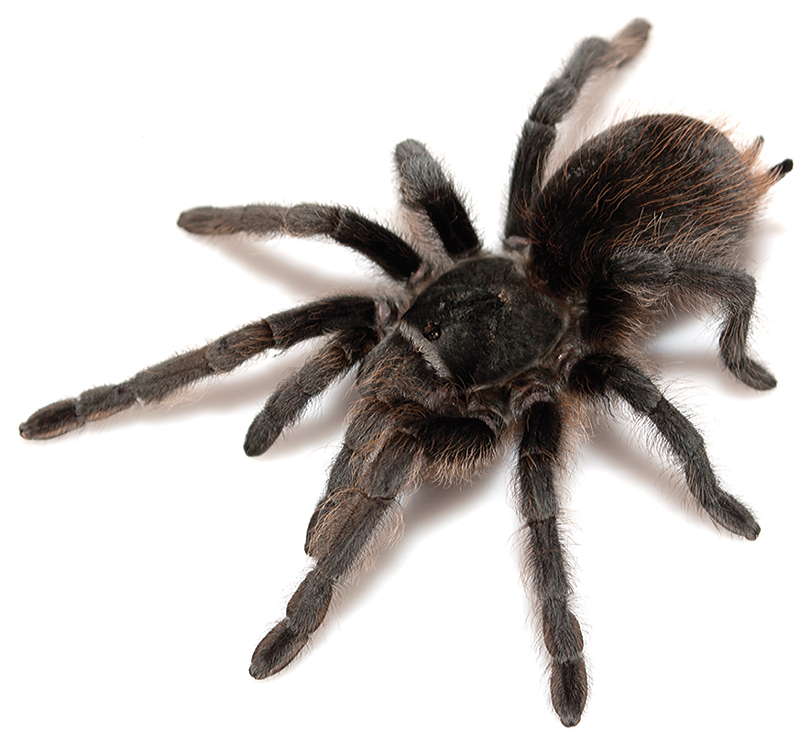 The grand canyon black tarantula is from the Theraphosidae family and is common in Arizona, New Mexico, Colorado and Utah.

They are black to dark brown in color with plenty of hairs, some have orange to red hairs on their bellies.

They can be spotted in northern Arizona in a host of habits ranging from sagebrush steppe to conifer forests. 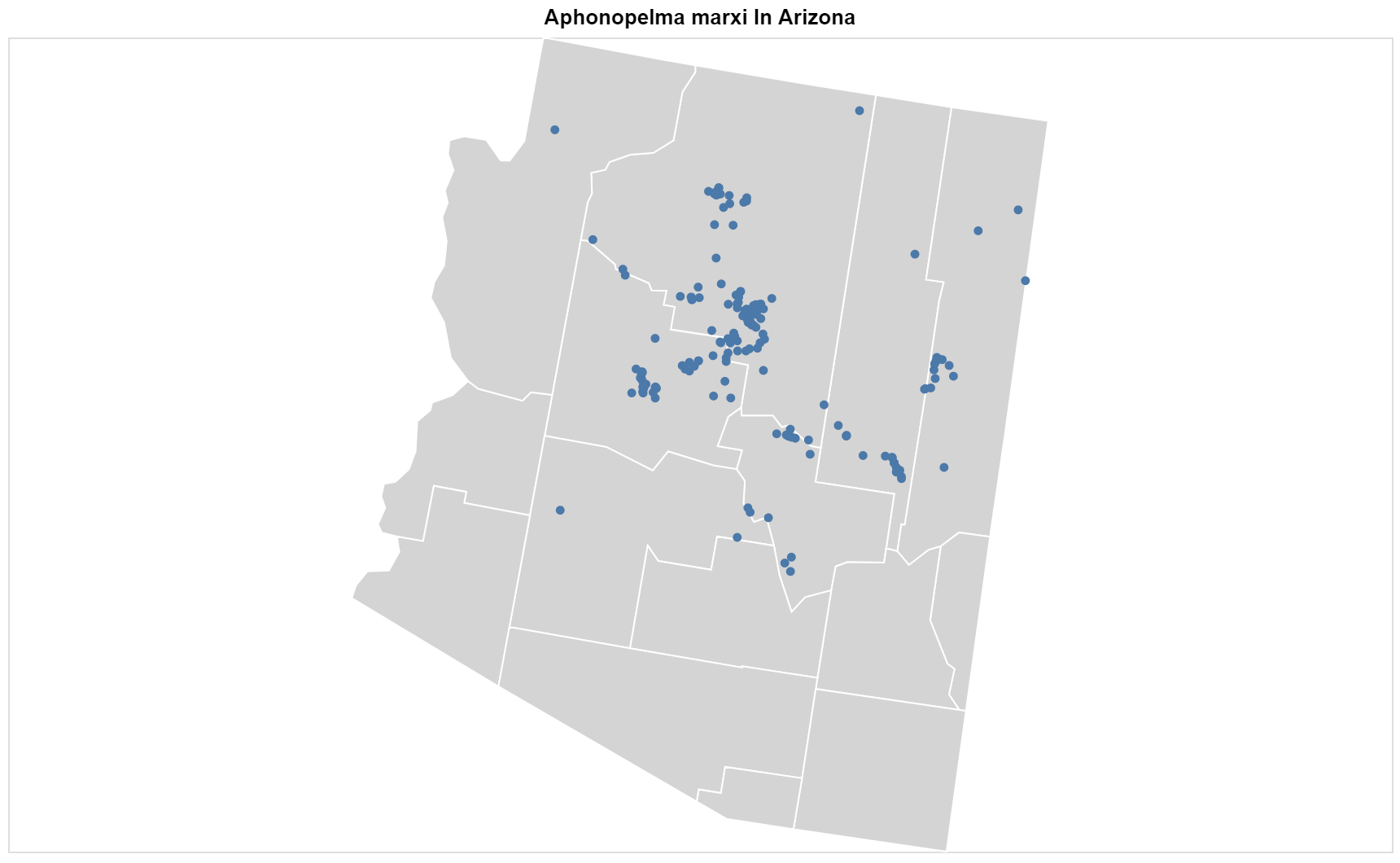 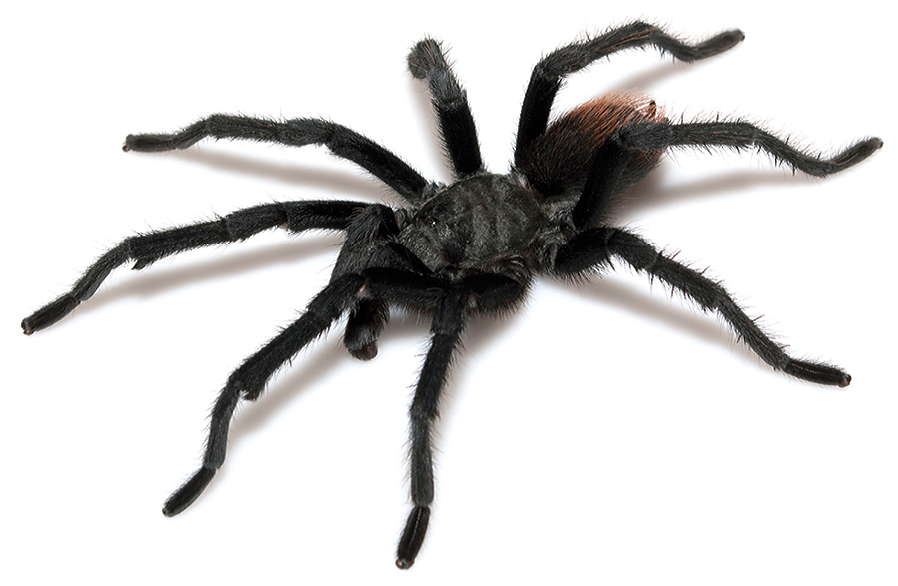 This black to brown tarantula has short black bristle hairs on its legs.

These are large spiders, yet remain hidden and docile, as long as they are not threatened.

This tarantula will remain hidden from sight, moving into a burrow or making its own burrow under fallen logs, large stones, and in tree trunks.

They prefer dry areas with well-drained soil where they hut near the ground, eating large insects and other spiders.

They use an ambush method, capturing mostly insects that cross the path of their shelter. 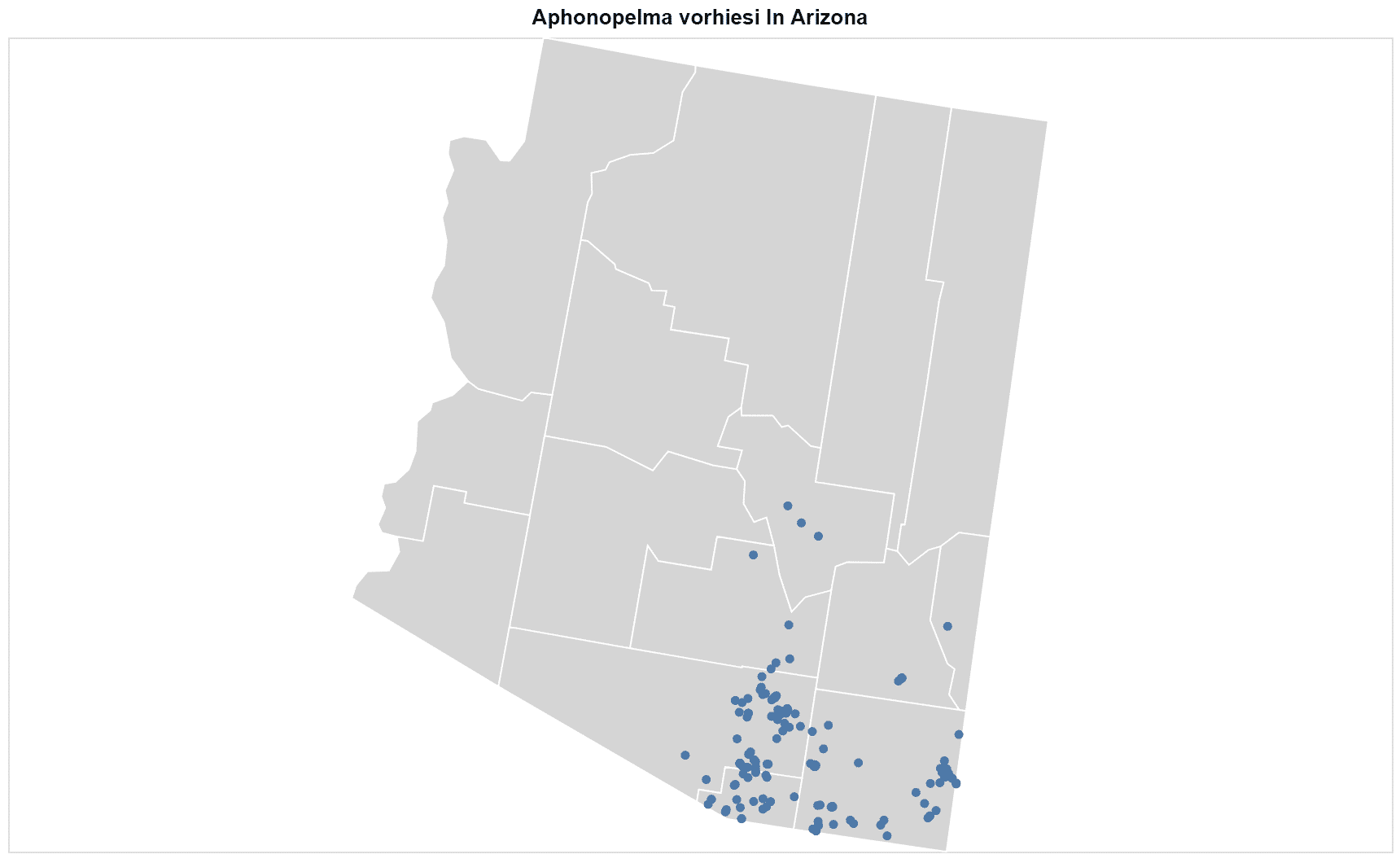 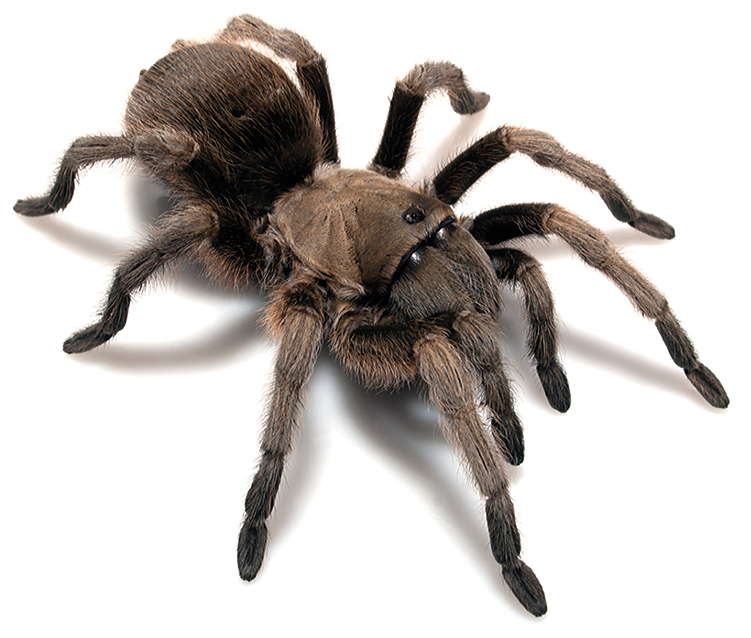 Light brown to gray in color with a hairy body and legs. These are large spiders that look a lot scarier than they are. They can be found in the dry arid areas of Arizona, where they form burrows in the dry, well-drained soil and in burrows created by other animals.

They spin their webs inside the burrow to provide a comfortable shelter while sealing the entrance with a web, which helps them catch prey and detect predators. 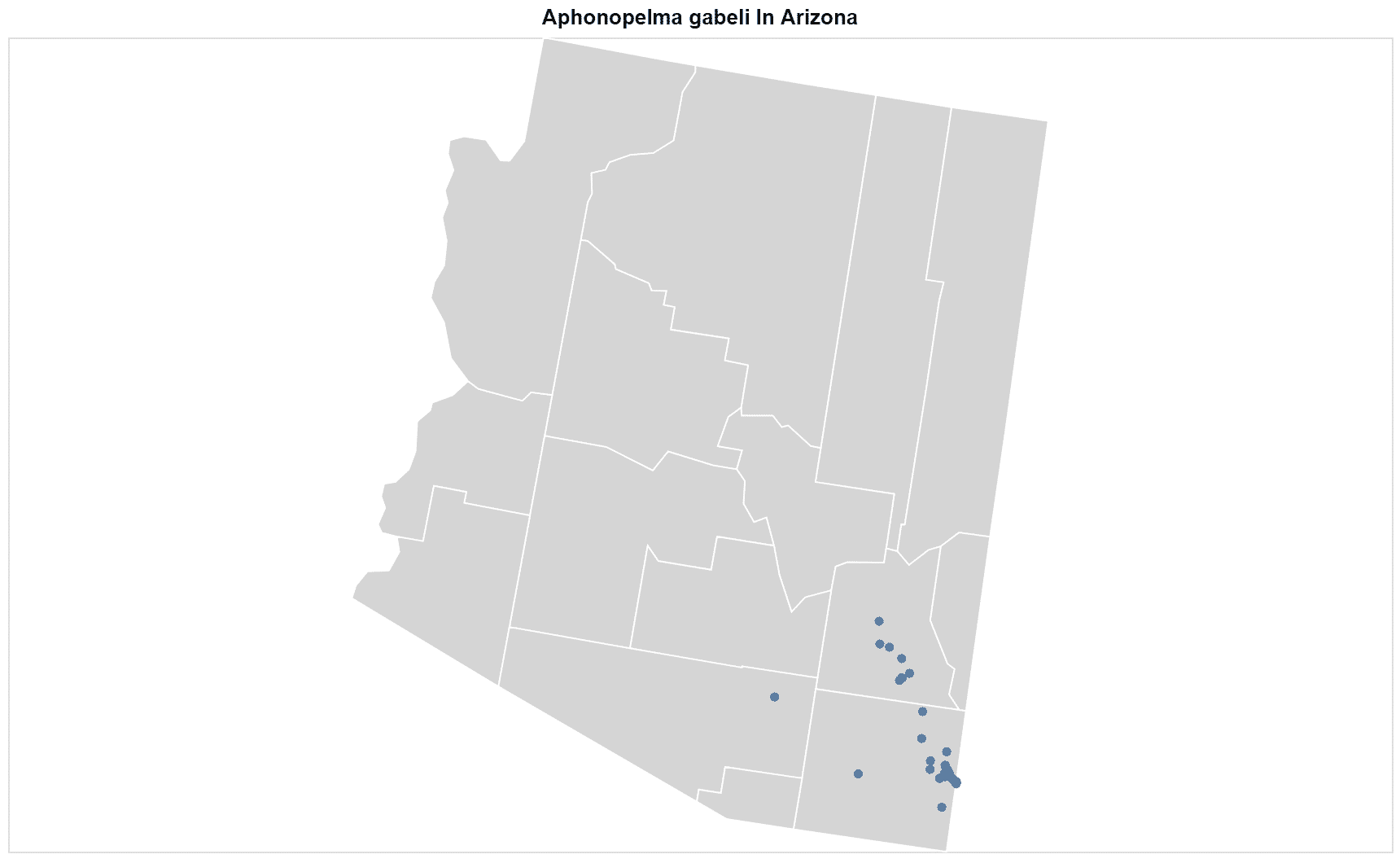 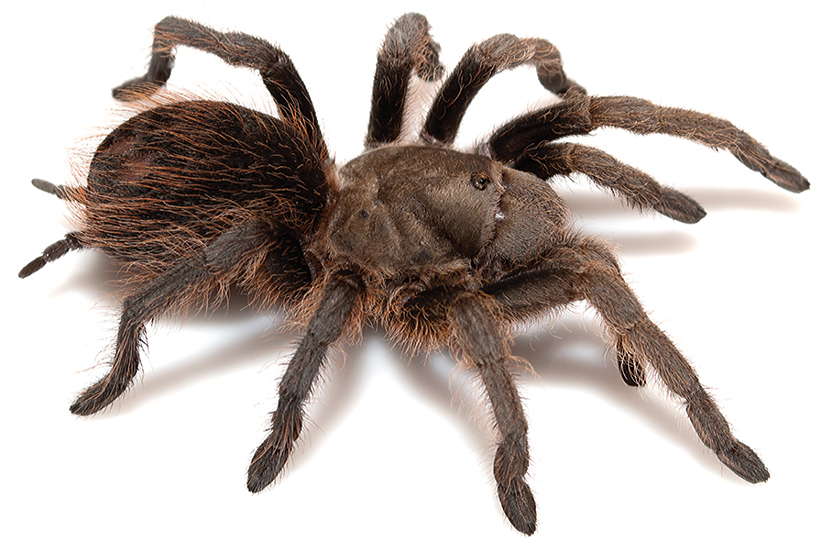 This tarantula is a New World tarantula that has urticating hairs. They are not harmful to humans, even though they may look fearsome.

They are also very popular in the pet trade.

They are dark brown in color with red hairs that grow on their legs and back. Most have a leg span of around six inches.

Interestingly, due to the fact that they look very similar to other tarantula species, the exact number of this species is still unknown, which means that there could be more identified in the future. 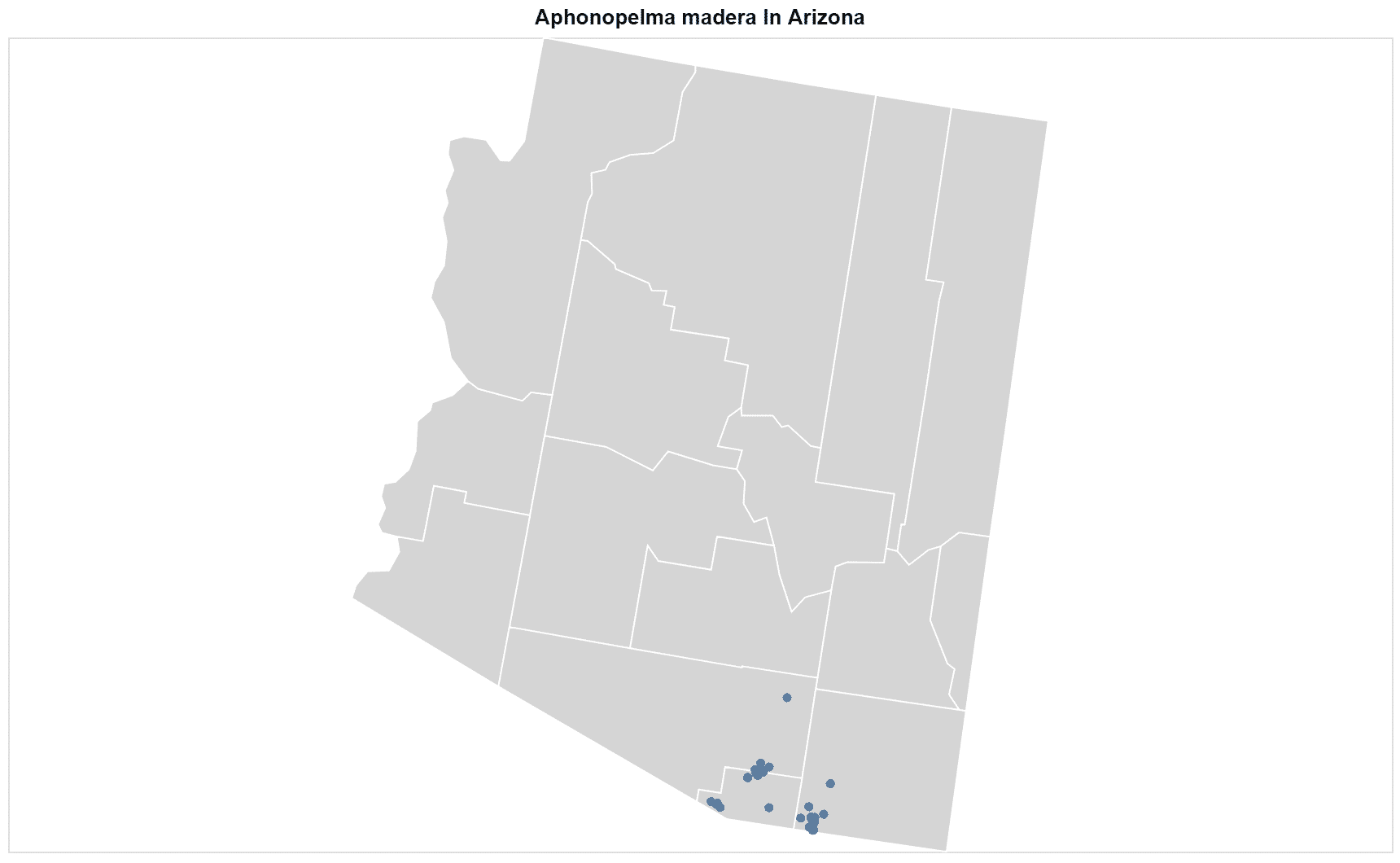 This black beauty of tarantulas is endemic to the Chiricahua Mountains in Arizona. With its ebony black body and legs, this tarantula is a beauty when it comes to tarantulas.

It builds its burrow in caves and crevices, where it preys on insects and other spiders.

They are relatively docile, but they will bite if captured, which can cause discomfort and irritation. 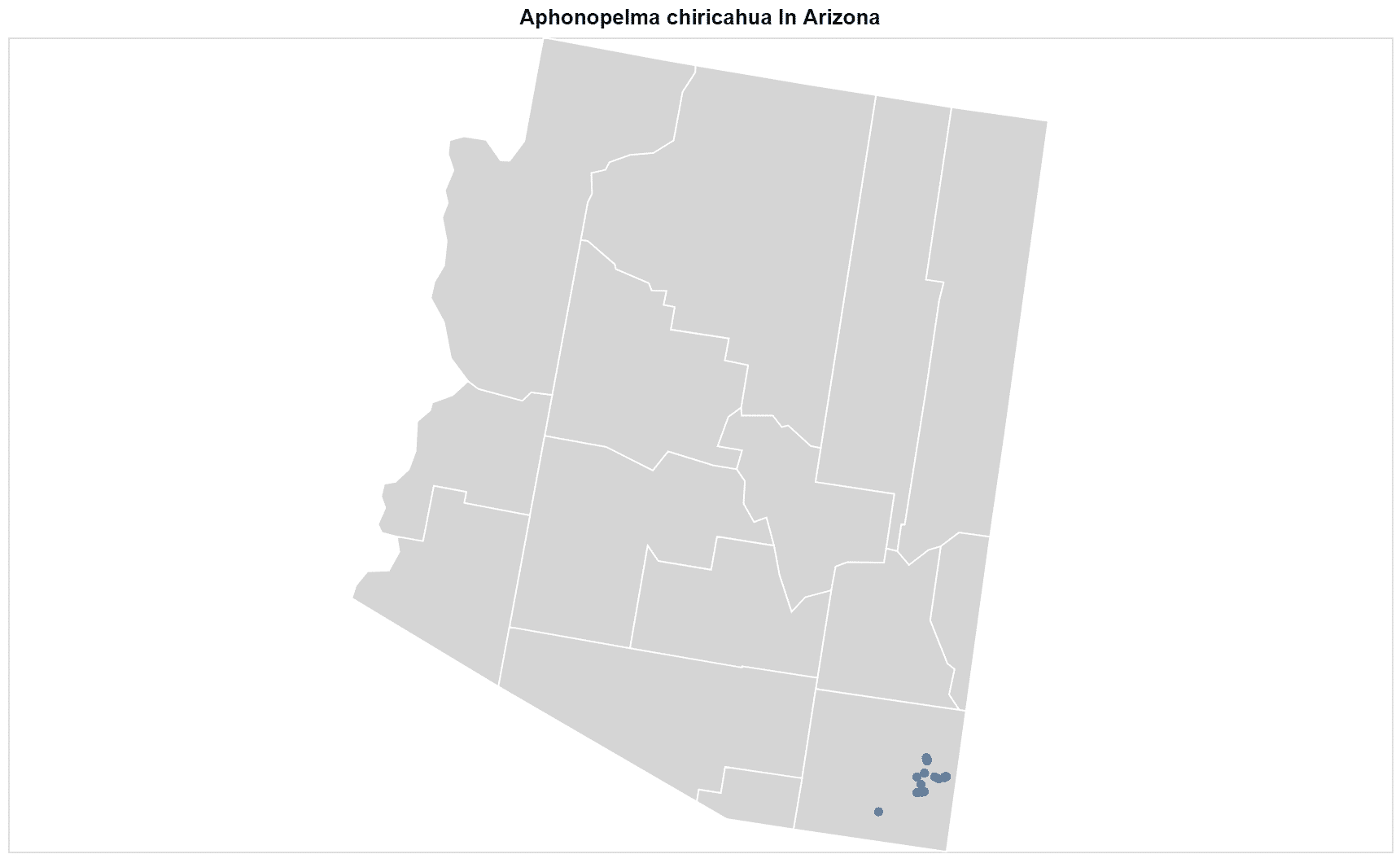 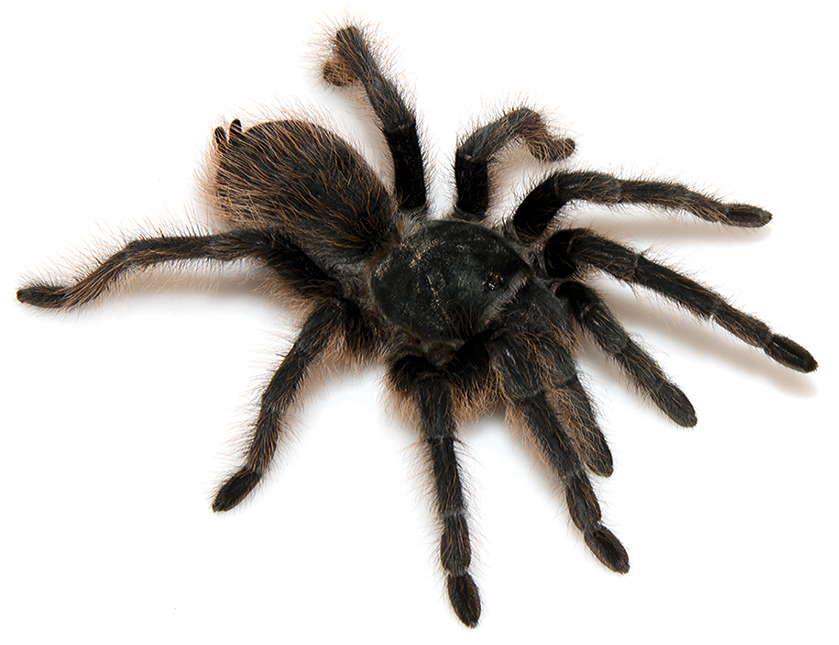 Dark brown to black in color with tiny red to orange-colored hairs on its legs, this tarantula is one of the 14 species you can hope to spot in Arizona.

They are relatively docile and will prefer to run and hide than stand up and attack, but don't be fooled, this tarantula will protect itself if it feels threatened.

They are excellent hiders and their burrows are almost impossible to find. 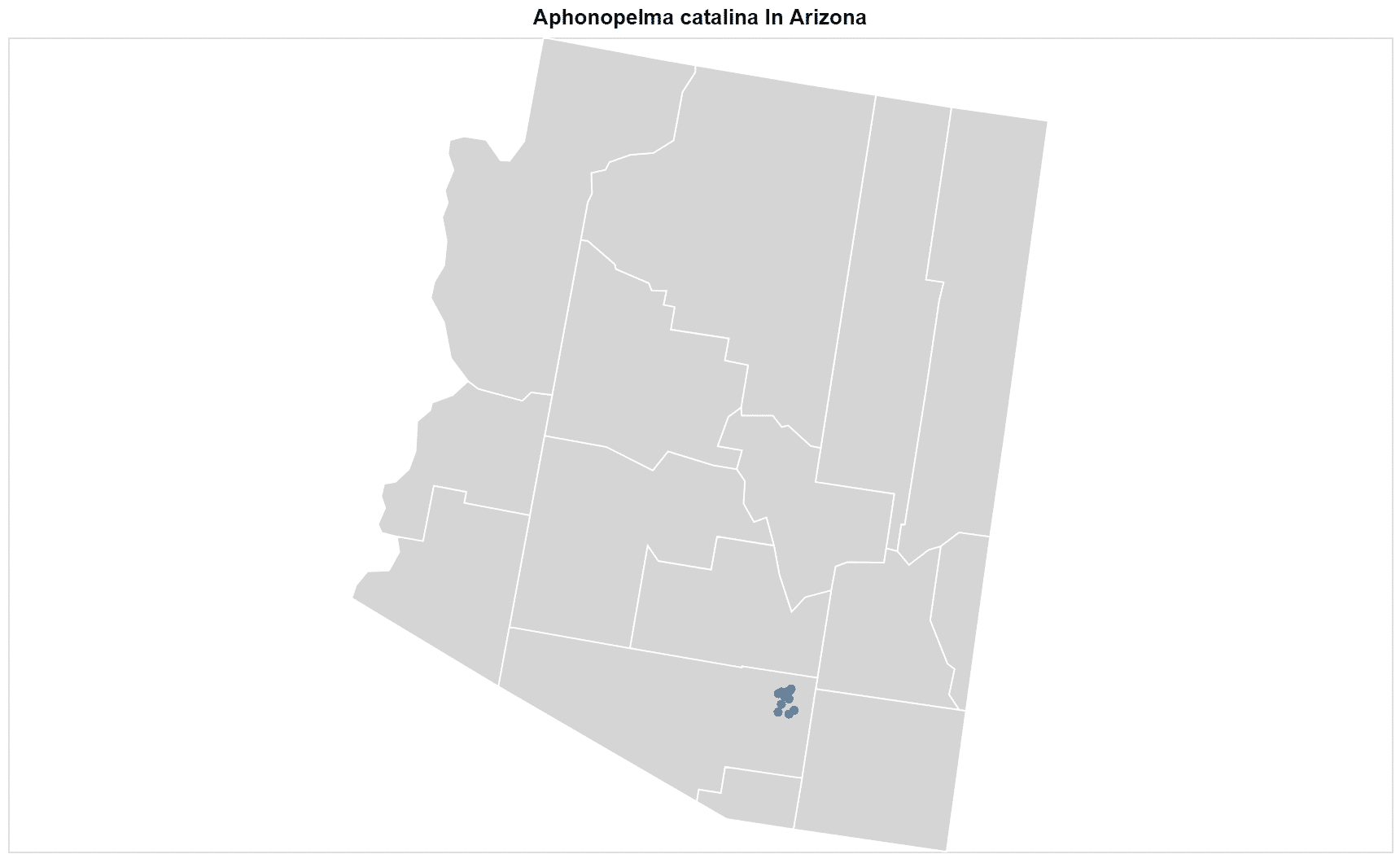 One of the smaller tarantulas you will find in Arizona, this spider is light brown in color with hairy legs. They are a dwarf species that prefer an arid to semi-arid climate where the climate receives less than ten inches of rain each year.

They are not easy to spot as they remain hidden in their burrow, out of the hot sun during the day, and come out of their burrow at night when the temperatures drop.

They grow to around 2 inches in length.

They can be feisty, but most are delightful and do not pose any threat. 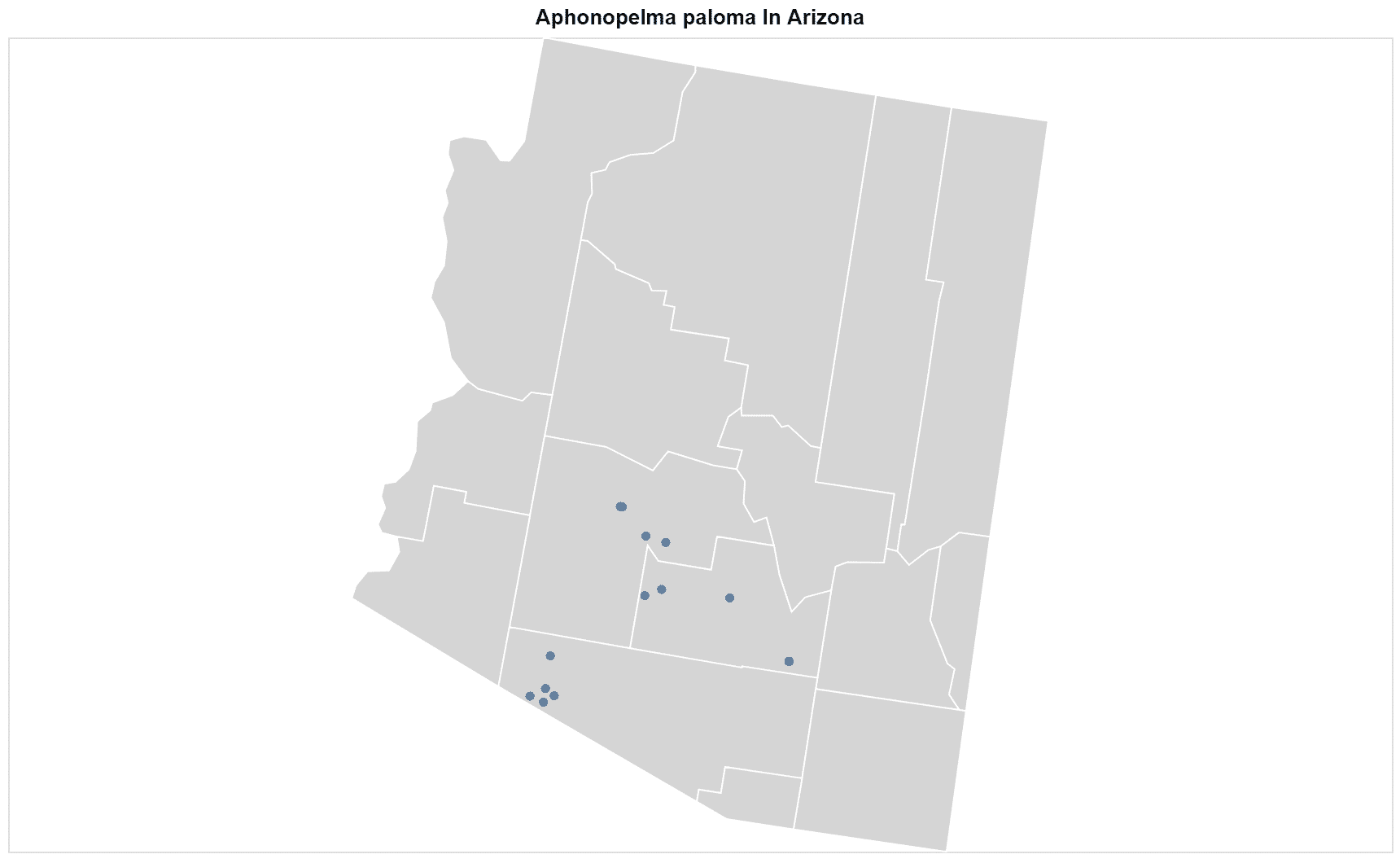 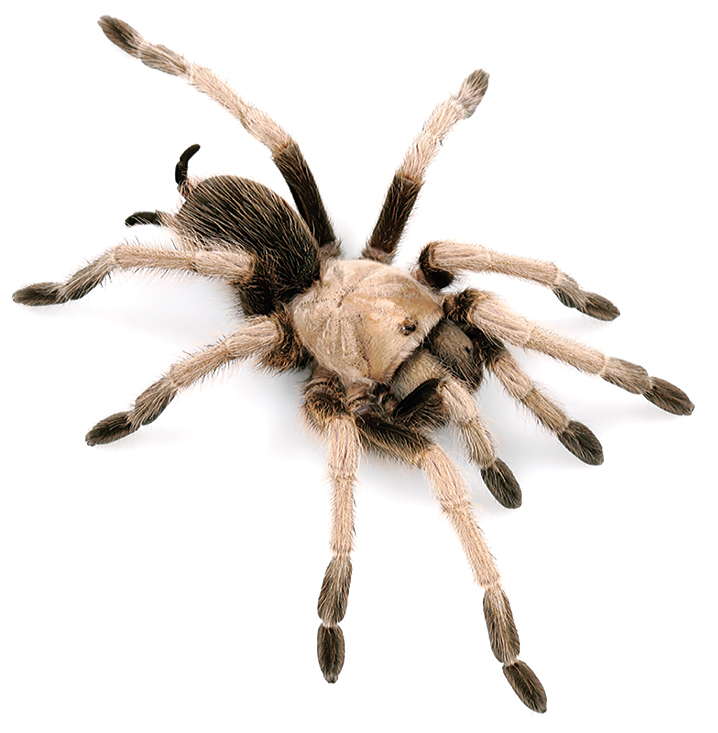 This tarantula is known as the desert tarantula and is an interesting spider that lives in the desert areas of Arizona.

They live on insects and other spiders.

They have fangs and venom but remain mostly harmless to humans with their bite being described as very similar to a bee sting.

Females are tan in color, while males are tan with black legs and a dark triangle around the eyes. They are very hairy and mature at three years. 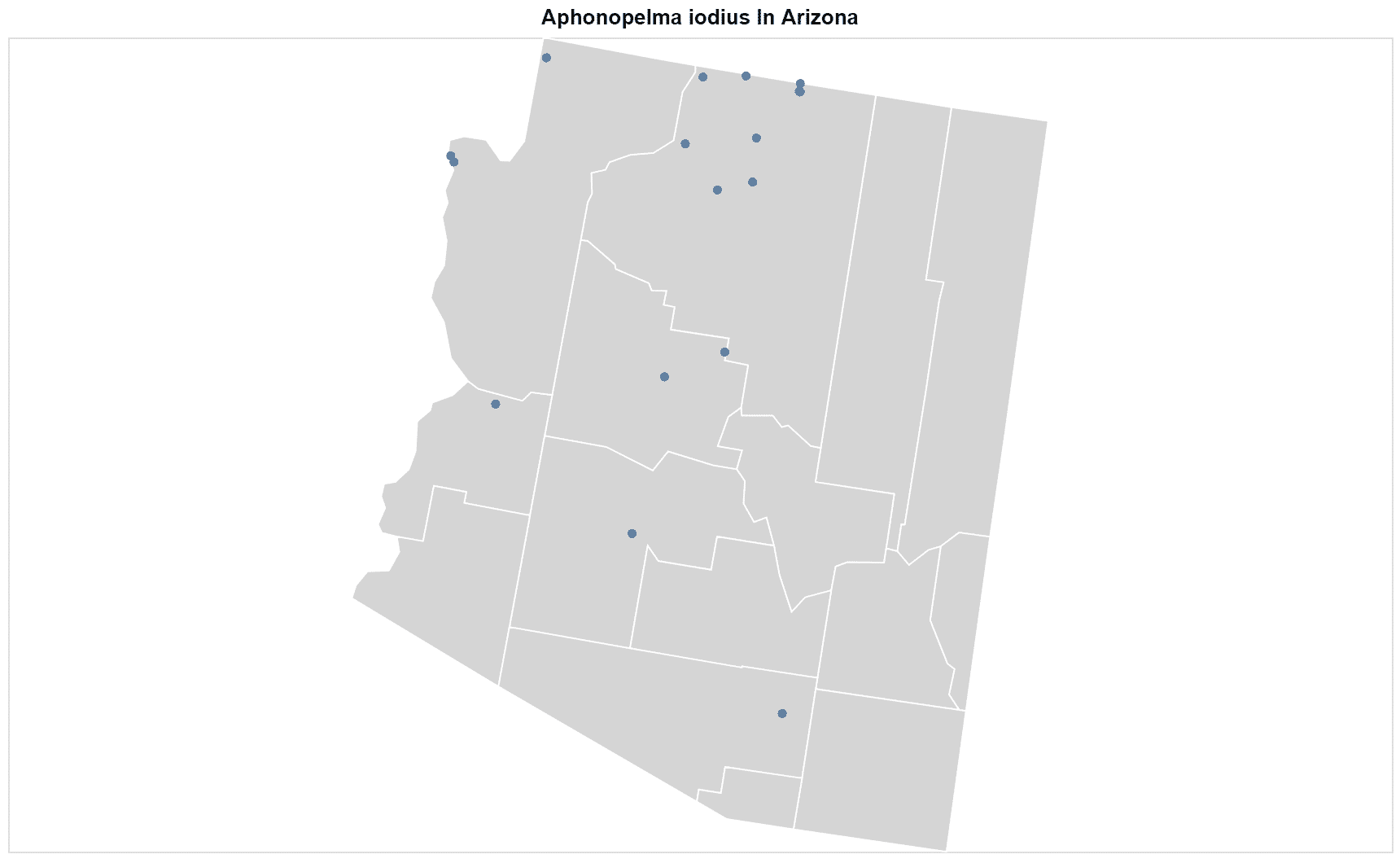 This tarantula can be found at the Saguaro National Park in Southern Arizona.

This tarantula is dark gray with black coloration, which makes it an interesting and beautiful spider. It has dark bands at the top and bottom of its hairy legs, which are covered in gray hairs, which makes the black really stand out.

They are docile and most will happily walk across your hands and arms, though bear in mind that they can be feisty and aggressive.

If they show their fangs or stand up on their back legs, best to leave them alone to reduce the risk of a nasty bite. 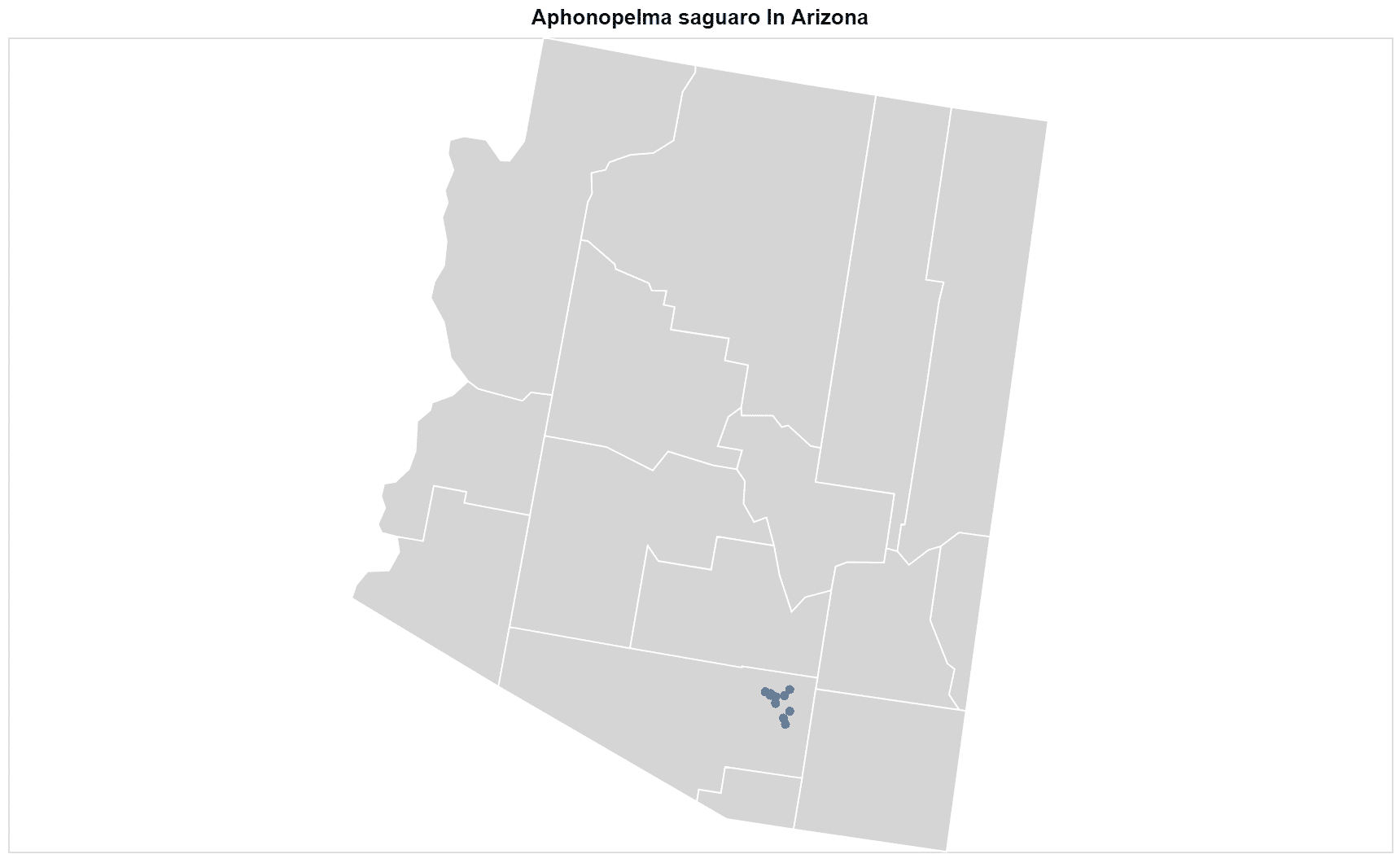 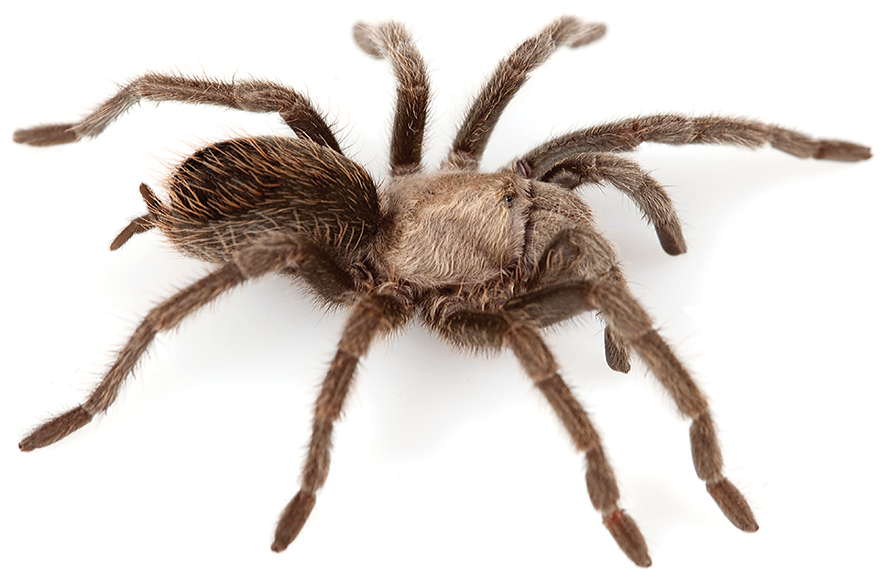 These tarantulas are not often spotted, spending their days hidden in their woven shelters under logs and in cracks and crevices, only coming out at night to hunt. 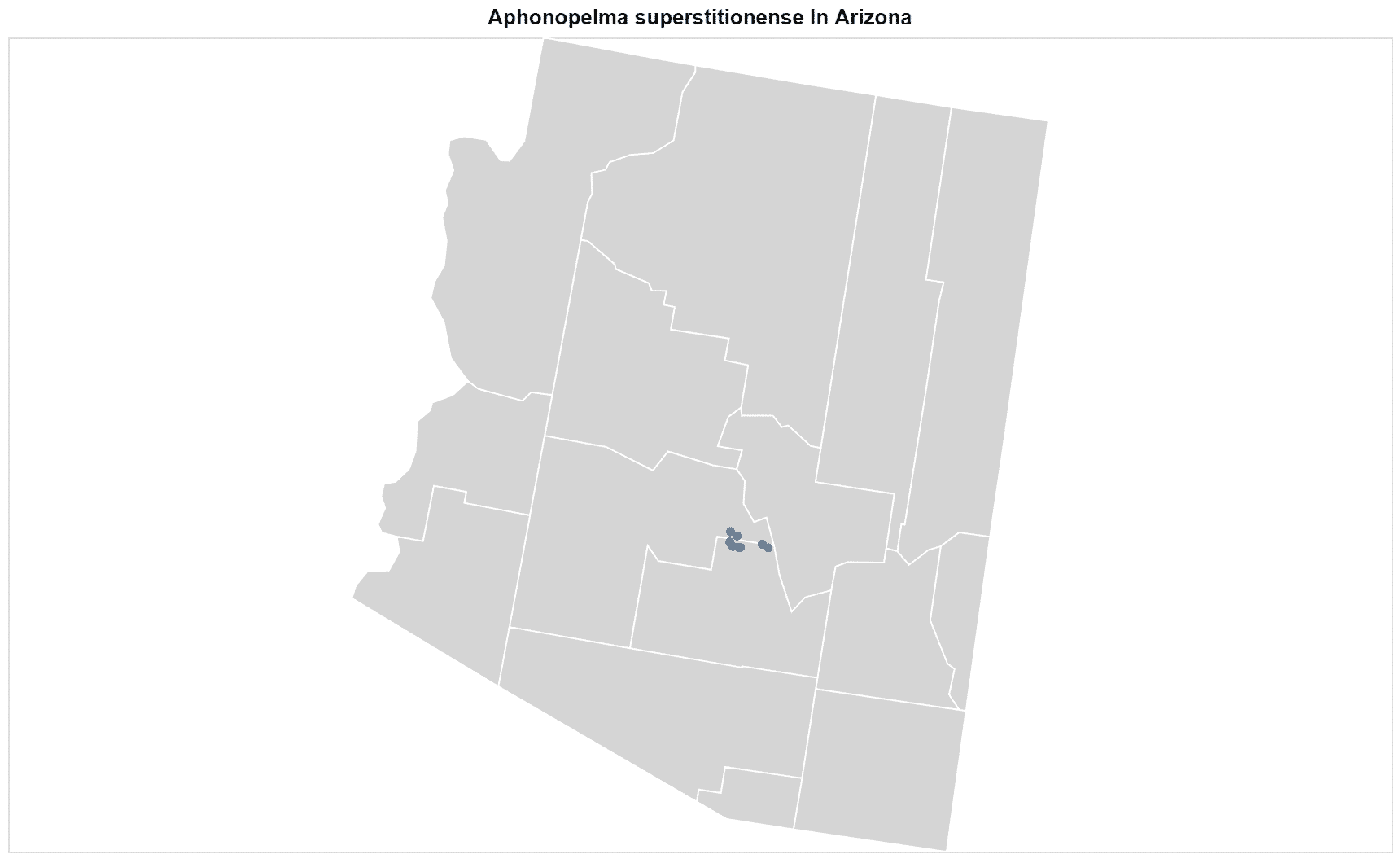 This is another of the ground-dwelling tarantulas you may be lucky enough to spot when in Arizona.

This species is a light brown to gray color with darker legs. They have light gray hairs on their bodies and legs, which stands out against the darker body coloration.

Don't be fooled by their docile nature, as they will bite if they feel threatened.

Their large fangs can puncture the skin of your hand, as the venom is introduced. Their venom is not dangerous to humans but can cause irritation and discomfort. 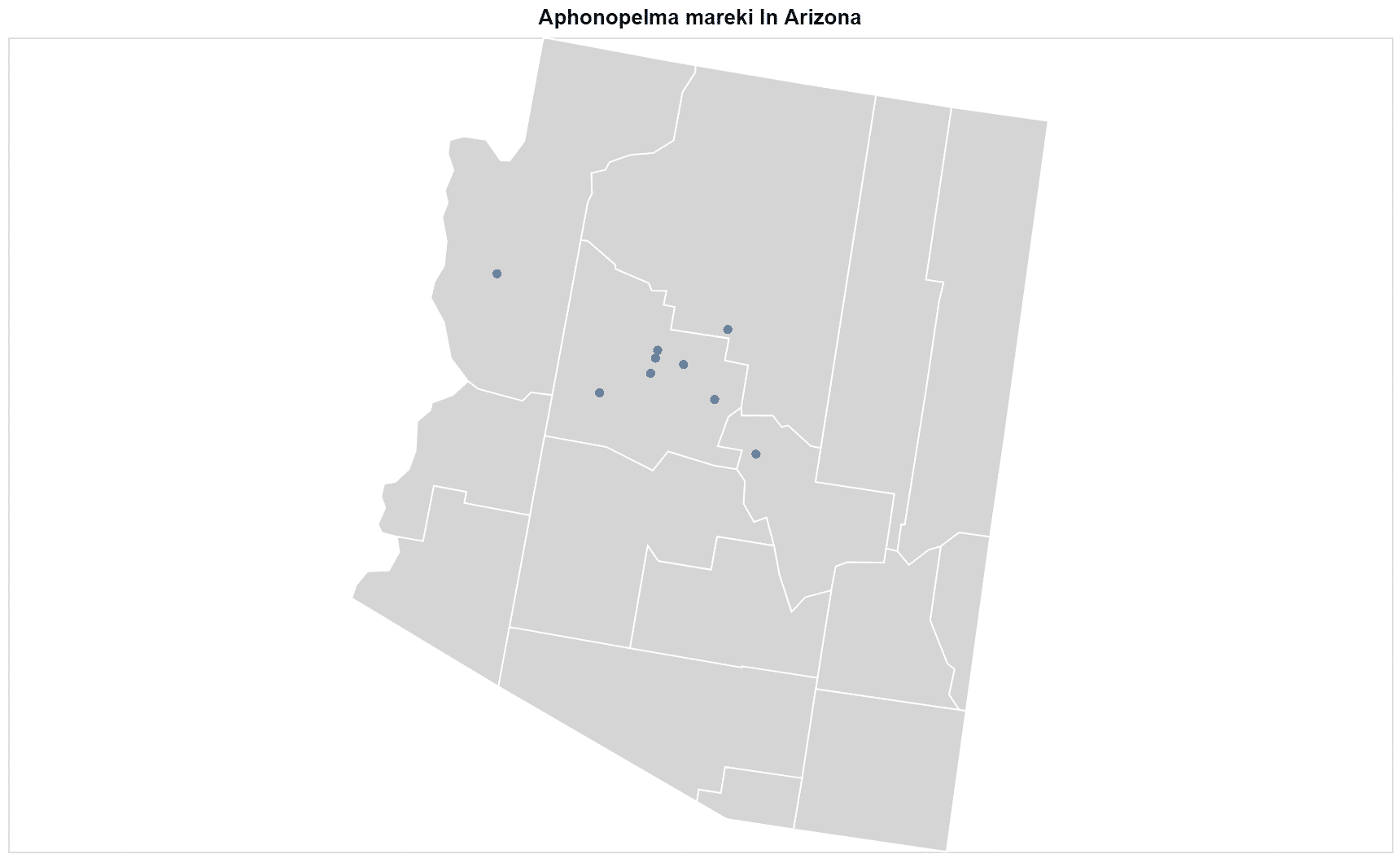 This is another of the attractive species of tarantula, even though they are all brown or black in color. This tarantula is light brown with light gray hairs that cover its legs and body.

As with the other tarantulas, the female is larger than the male and they both only reach sexual maturity after a few years. 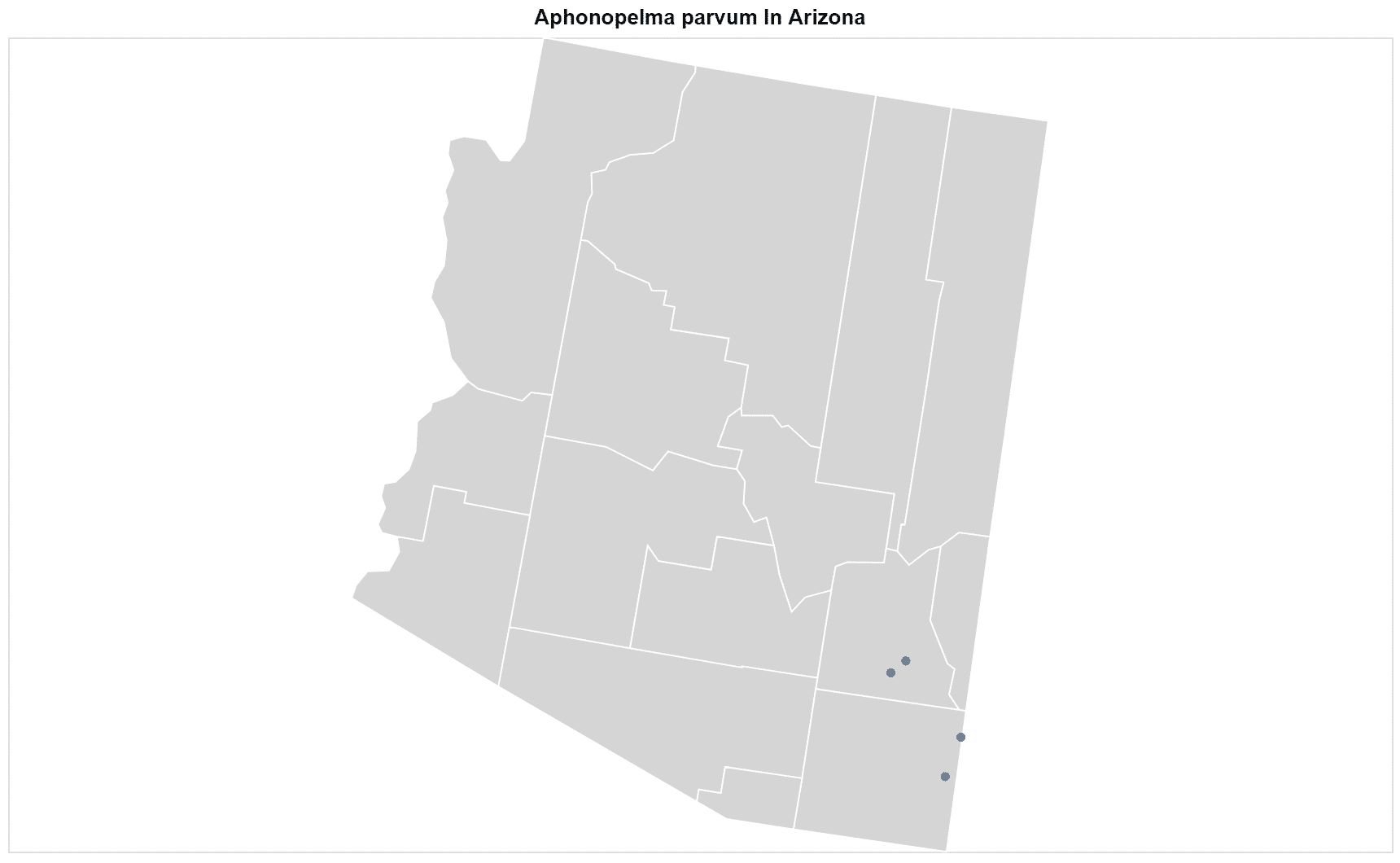 This is one of the smaller tarantulas you may spot in Arizona that only grows a few inches in length.

These spiders eat a host of insects and other spiders, biting them with their fangs and pouring their venom into them.

They live in burrows under the ground, which are almost impossible to find. 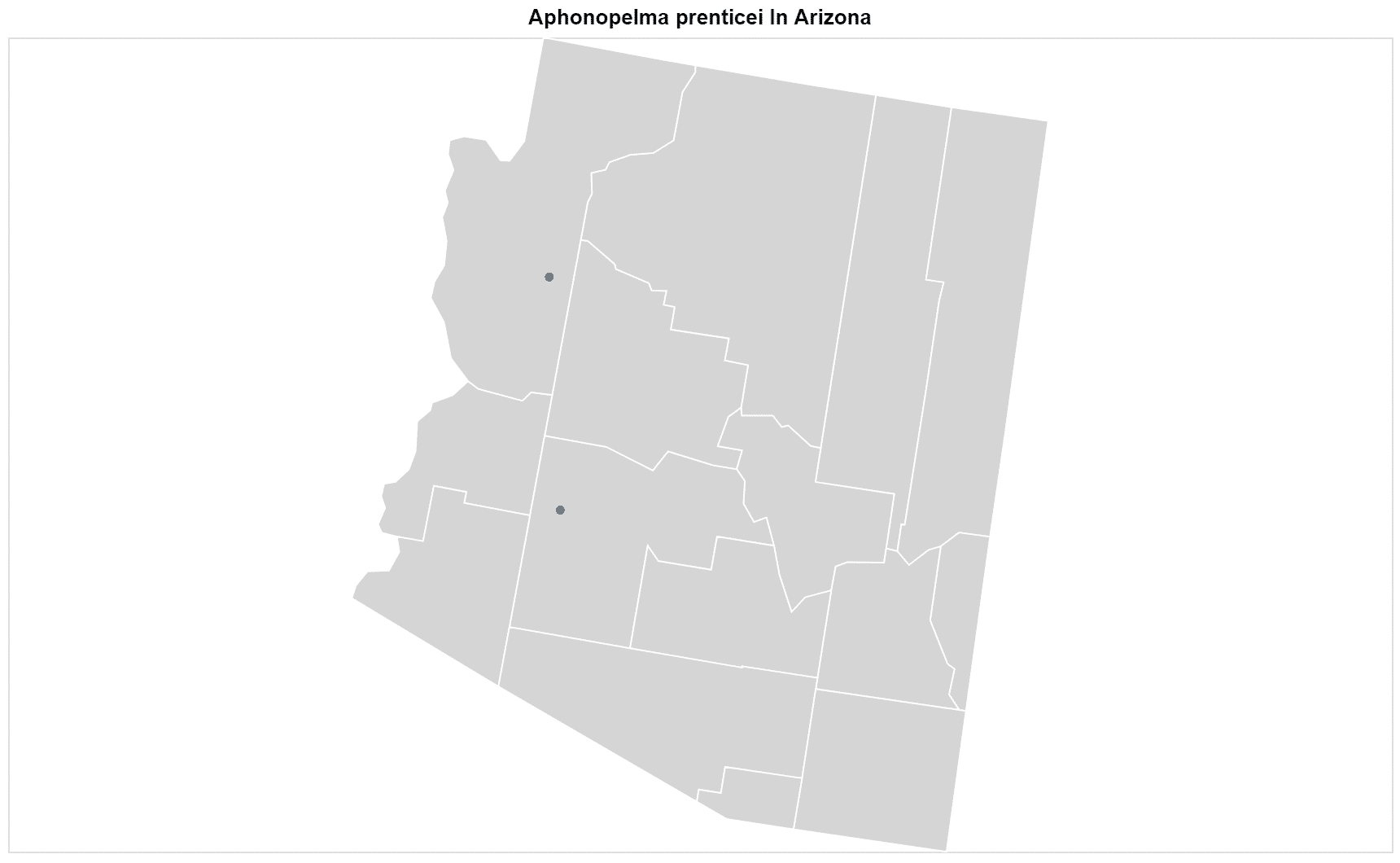