Many types of spiders play dead as a means of protection. Apparent death is a type of tonic immobility in which a spider becomes temporarily immobilized. It does it to ward off the potential threat and even as a mating ritual.

Spiders also use tonic immobility as a means to react to unexpected threats. They can seem immobile when they have shaken off their spider webs. They continue playing dead for a few minutes or a few hours until things quiet down again.

It’s also believed pet spiders play dead as a means to preserve energy following of hunger or dehydration, particularly in the case of pet spiders. Without access to water, their hydraulic-like legs will curl up under their bodies looking like they’re dead. But the spider can get up at any time.

What Is Playing Dead In Spiders?

Playing dead in spiders is a process in which they use immobility to fake their death. You can see a spider’s legs are crawled underneath its body as if it would be dead. This acting process takes place constantly.

It’s estimated spiders play dead more than we believe. They use this tactic for multiple reasons and across multiple species. 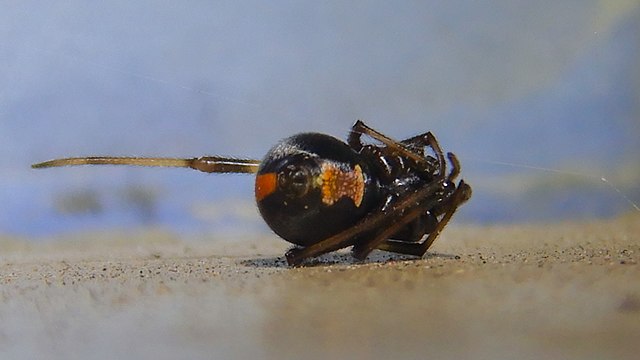 Why Do Spiders Play Dead?

Spiders playing dead or tonic immobility is mainly used as a last act of defense. Spiders play dead so that predators such as snakes, birds, and insects would leave them be and move on. They also play dead so that they can counterattack when their enemies have been tricked.

Some spiders also play dead as a method to attract females. Many female spiders show cannibalistic traits which means they can eat their male counterparts. Male spiders pretend to be dead to attract the females and start the mating process.

A smaller percentage of spiders also play dead when they accidentally fall from their spider web. Some spiders with poor vision rely on spider web vibrations to sense threats or potential prey. When they fall off the spider web they instantly think they face danger. This is why some spiders curl up into a ball shape after falling on the ground.

It’s not clear just how many spider species play dead. But the species science knows most about turn out to use this dissimulation tactic frequently. 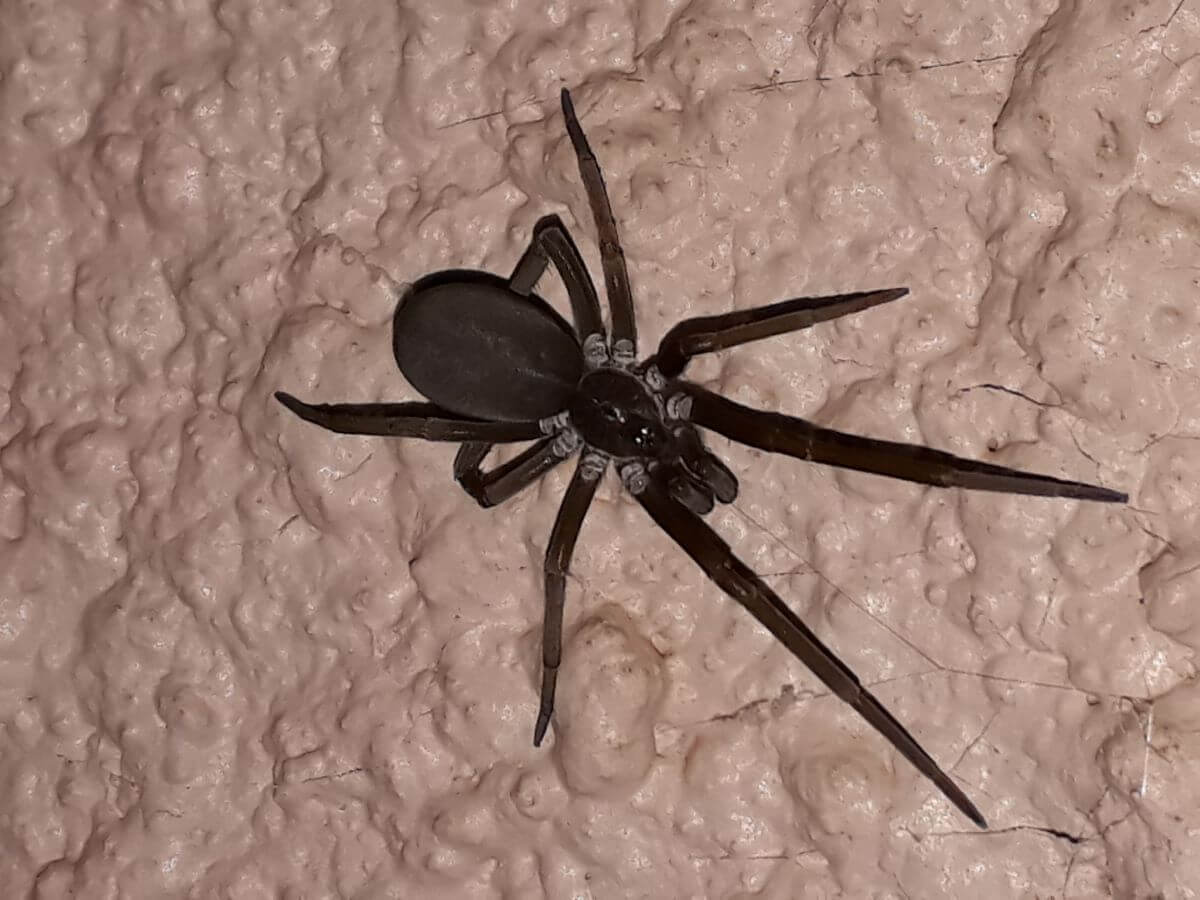 This spider species is one that frequently uses playing dead as a defense system and possibly as a courting system. It has been shown that this spider species doesn’t have very good vision. This is why the male Southern Spider feels quite aggressive as it crawls on anything, including on large animals.

Until this spider realizes the threat it might be too late for an escape. This is why pretending to be dead is the tactic adopted by the male spider to protect itself from predators. It’s believed this tactic is instinctive as spiders don’t take too much time to think about it.

It’s also believed the Southern House Spider uses playing dead techniques in the mating process. It’s a long process that can take more than an hour at times. Male spiders move very little or at all when seeing the female spider after creating a distinct web around its web to trap it. 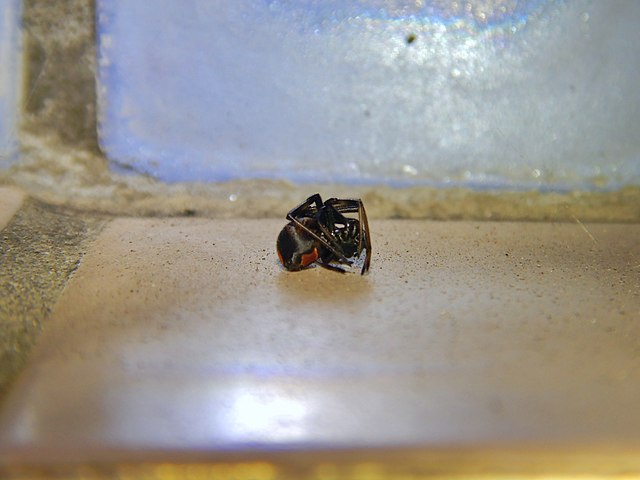 The Black Widow is a potentially dangerous species. Its popularity comes from its dangerous venom which is believed to be more than 10 times stronger than rattlesnakes.

This spider species is also known to play dead. Unlike other spiders, we have a few experiments that show exactly how the Black Widow Spiders play dead.

This spider is not as aggressive as many believe. It only resorts to biting as a last means of defense. When it senses threat the Black Widow Spider simply tries to move away. It may also flick silk to deter predators.

The Black Widow also plays dead by curling up into a ball when it believes enemies are nearby. As a last resort, the spider will bite when cornered, but only one bite occurred when studying multiple Black Widow Spiders in an experiment. This shoe prefers to play dead first. 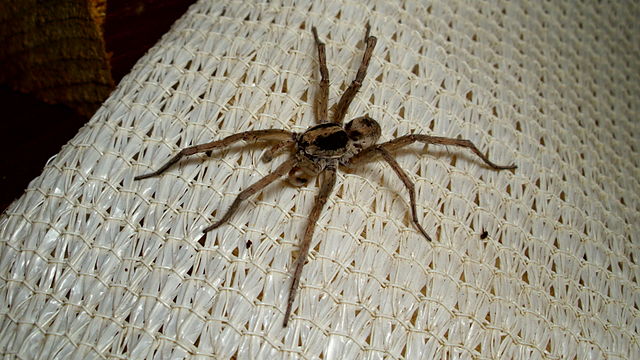 Playing dead is one of the tactics male Wolf spiders use to avoid the attacks of the female after mating. Spiders might also play dead before mating to lure in the female. 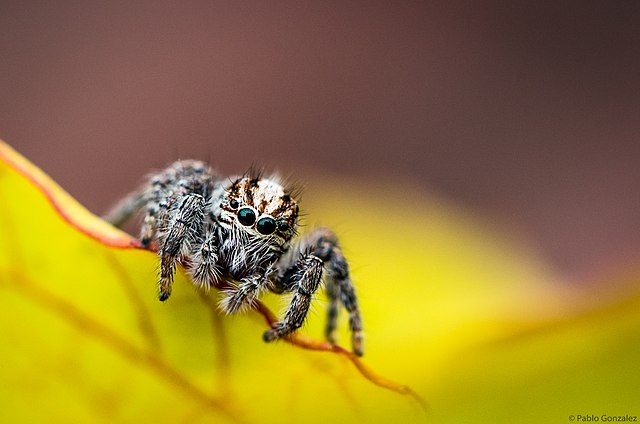 Jumping spiders are mostly known for not creating elaborate webs as they prefer to roam around looking for prey. These spiders are also known for being quite agile as they can jump a distance that is a few times their body size.

Since they move around frequently they are in danger more than expected. They encounter multiple enemies and they play dead to stay alive. Jumping spiders also play dead when falling from tall grass, plants, and trees. They stay in tonic immobility until things calm down. 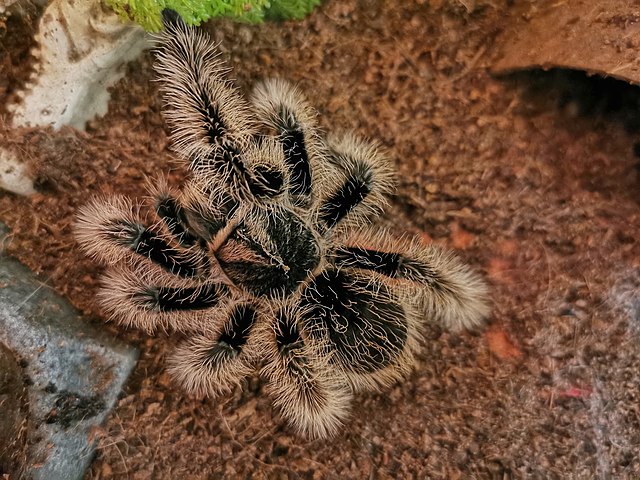 Tarantulas are widely seen as some of the most popular web spiders. Their large hairy bodies make them an interesting type of spider to have as a pet. However, Tarantulas use playing dead a lot less than other spiders.

Still, there is evidence this spider uses playing dead as an acting method to avoid a dangerous situation. It first prefers to fake a charge or an attack. It then uses playing dead and curling up into a ball as a method of avoiding further danger and a possible attack from a predator. 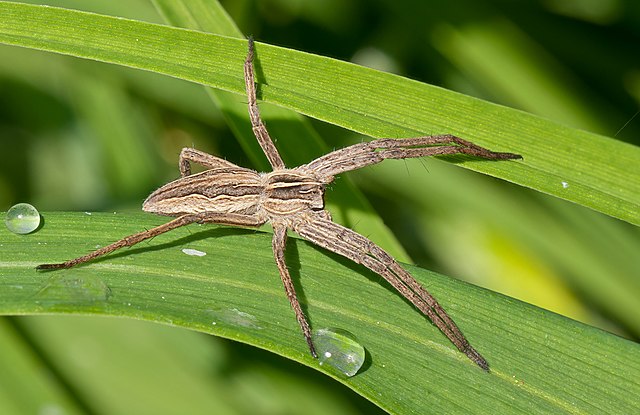 The male Nursery Web Spider (Pisaura mirabilis) is one of the spiders that use playing dead frequently. This spider species has fascinated the scientific world with its complex mating ritual.

When the male Nursery Web Spider feels the female loses interest in mating it uses playing dead as a last resort to try and keep the female from moving away.

The Nursery Web Spider uses a combination of mating tactics, playing dead being among them. Other tactics involve offering the female gifts such as flies wrapped in silk. 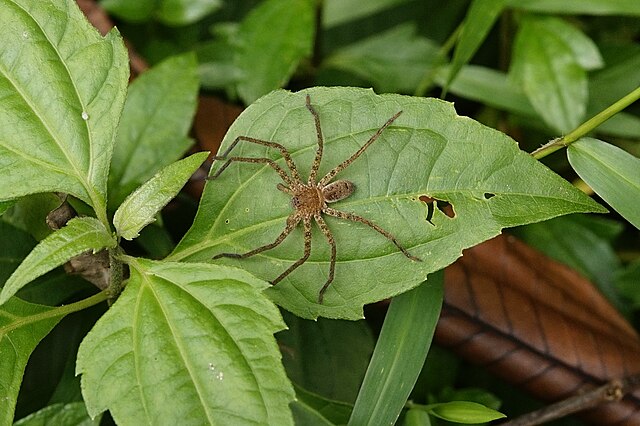 The Hunstman spider is an active species with very distinct characteristics. This spider uses playing dead as a defense mechanism as it roams a lot during its life encountering plenty of predators.

It’s also believed the Hunstman spider can play dead to attract females. The spider has distinct mating rituals such as creating a substrate-born sound when encountering substances with pheromones left by the female Hunstman spider. 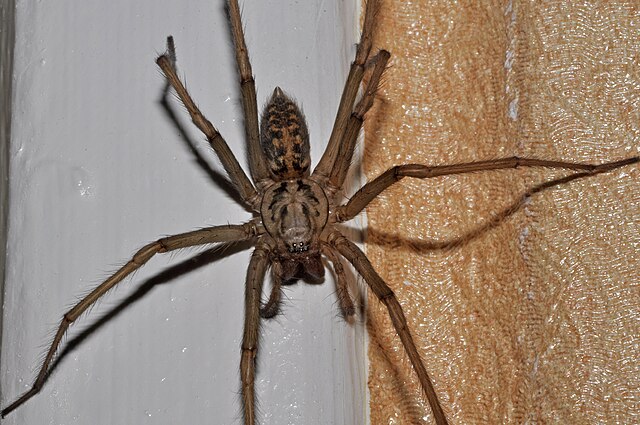 The Giant House Spider uses playing dead and running as a defense. These tactics are used especially during September when the spider is mostly seen around homes. This spider species is mostly interested in playing dead as defense and not during the mating ritual.

How Long Can a Spider Play Dead?

Spiders typically play dead anywhere between a few minutes and a few hours, depending on the imminent threat. It’s the type of threat they face that dictates the time they remain still playing dead.

A spider can play dead for up to 2 hours when the situation is truly dangerous. This involves falling from its web due to a possible attack. Spiders can also play dead for a few hours at a time when constantly attacked, particularly in captivity.

How To Tell a Spider is Dead or Playing Dead

There are a few methods used to determine if a spider is dead. For humans, the easiest way is to look at it without even touching it as seen below.

A dead spider is a dry spider. Living spiders appear well hydrated and shiny. A dead spider loses the shine of the body. The first method used to determine whether a spider plays dead is to look at how its body appears. If it looks like a dead spider it probably is a dead spider.

Look at the legs

The ‘hydraulic’ legs of spiders are characterized by tension and flexor muscles which are armed by fluid pressure. This fluid pressure instantly goes away when the spider dies and its legs can’t be controlled.

As a result, a dead spider is a spider with no ‘hydraulic pressure’ in its legs.

Check the time the spider has been still

Most spiders mimicking death are doing it for short periods. If the spider has been standing still for a few days it’s a dead spider. Poking it lightly with a piece of paper should also indicate if a spider is truly dead.

How to Stop a Spider From Playing Dead

A spider will play dead in the presence of danger. However, most spiders can snap back when they are poked multiple times according to what spider pet owners say.

Surprising a spider as a human can make it play dead. Spiders also play dead when facing other large animals, snakes, even other spiders. Some types of spiders play dead to protect themselves from being eaten by other spiders.

The key here is they change the shape of their body by curling up into a ball shape. Since some predators have a poor vision, this can make them practically invisible in the face of predators.

Spider pet owners say a spider can be stopped from playing dead by poking it lightly with a piece of paper to avoid biting. Most spiders stop pretending while finding the nearest escape route. 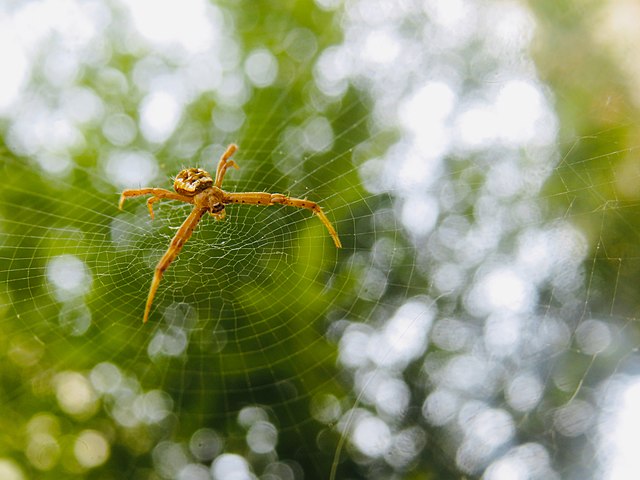 Those who like spiders know that spider webs don’t need to be destroyed if they want the spider not to play dead. When a spider web is destroyed, the spider on it falls to the ground.

This prompts an almost immediate reaction of playing dead. The spider senses danger and it tries to look dead to avoid being attacked.

Most types of small and large spiders know how to play dead. This is either a self-defense mechanism or a mating strategy to attract female spiders.

Small spiders such as Wolf spiders or Black Widows are very good at playing dead. But even larger spiders such as Euathlus truculentus (tarantulas) have been shown to occasionally play dead. It’s believed most types of spiders know how to play dead.

This behavior is believed to be instinctive. Spiders have it without the need to learn how to play dead.

At the same time, spiders aren’t the only animals or arachnids that play dead. Snakes, birds, and all types of other animals use a strategy known as tonic immobility, often as a last resort of defense since many predators don’t eat dead animals.