There are six tree frogs that can be found in Ohio. If you're recently seen a frog and want to identify it, then you have stopped on the right page.

Whether you found a tree frog in your yard or saw one during your walk today, we provide detailed information on the tree frogs you may come across when out and about in Ohio.

The gray tree grog (Dryophytes versicolor) is a small frog that has the ability to camouflage itself from green to gray.

Their color is determined by what they are sitting on at the time. The mottling of these amphibians can vary from black to almost pure white. The legs have a dark banded pattern.

If you see them in an unnatural area, then they will be predominantly gray.

Females tend to have a white throat, while males are slightly smaller with a gray, brown, or black throat during mating season.

These small tree frogs grow to two inches or five centimeters with bumpy skin and bright yellow on their back legs, which makes it easier to identify them when looking for what tree frog you may have seen.

The gray tree frog can be found in the coldest of temperatures with survival being recorded at -8ºC.

The gray tree frog can be found in forested areas and only come down from trees when it's mating season.

They are nocturnal with males having large choruses, even though they are solitary animals.

These amphibians can often be found around porch lights and windows where insects are attracted by the light.

This frog is also gray green to gray in color and can be found in woodland areas, but move to ponds during breeding time.

The Copes gray tree frog has a faster paced and higher pitched call than the gray tree frog, that is the only difference between the two.

Females have a light throat, while males have a darker black or gray throat during the breeding season.

Please note that the skin secretions from this frog could irritate the eyes and mouth.

While they are mostly solitary frogs, they form choruses that enable them to call together. It’s not uncommon to hear one of these frogs during the day responding to loud noise. 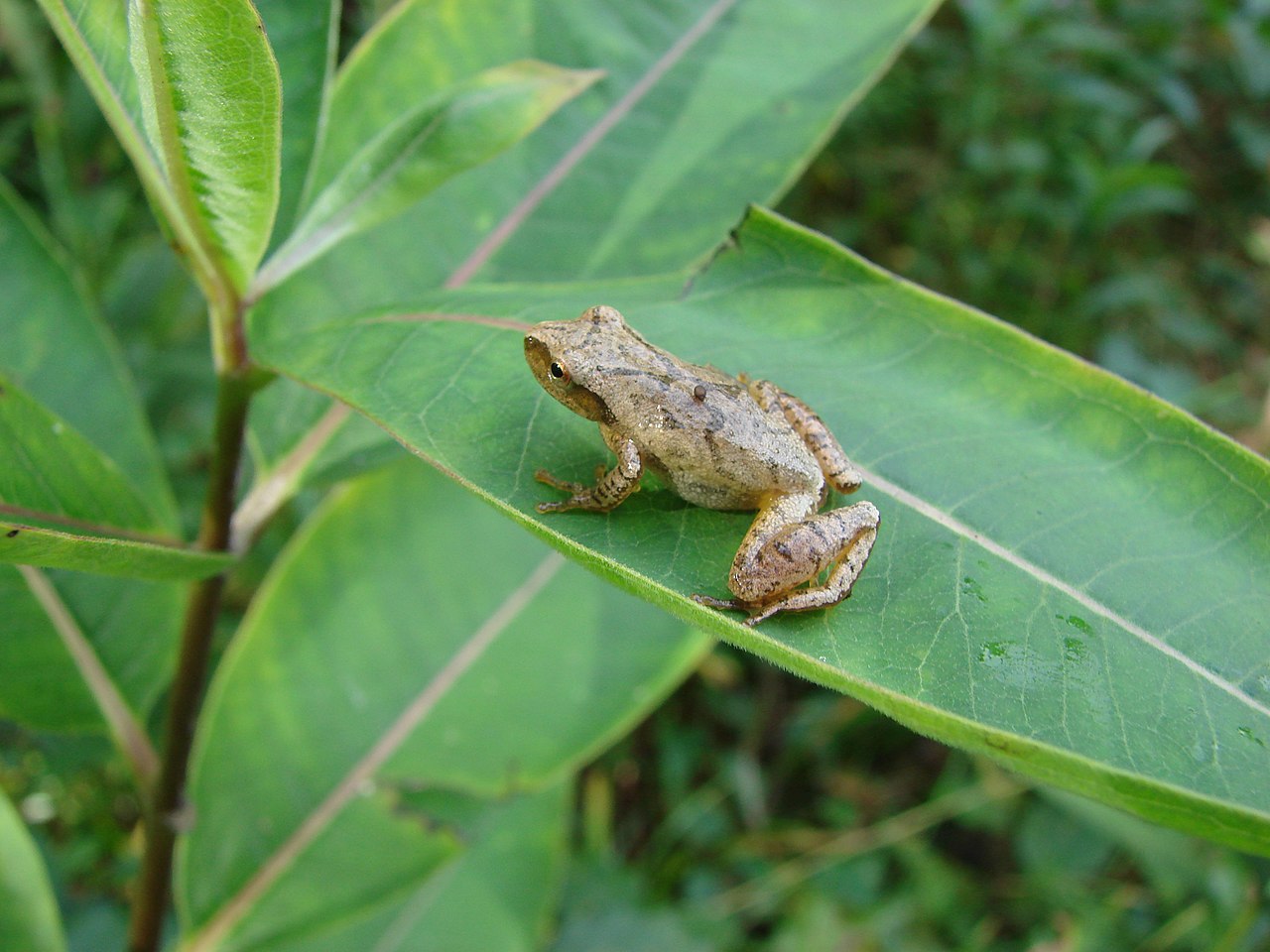 Spring peepers (Pseudacris crucifer) are small chorus frogs, named after their chirping call which usually marks the start of the spring.

These tan or brown frogs have a dark cross on their back and grow up to 3.8 centimeters or 1.5 inches, with weights up to five grams.

This frog has a host of color variations ranging from brown and olive green to tan and gray. Females tend to be lighter in color, while males have darker throats and are slightly on the smaller side.

The vocal sac tends to expand and deflate similar to a balloon, creating a peeping sound. Only males make the peep, which is high pitched.

You can find spring peepers in woodlands and forests, as well as ponds, swamps, and marshes.

Spring peepers are known to be able to handle subfreezing temperatures, where they hibernate under logs and behind bark on the tree. They can survive in temperatures as low as -8ºC. This species is considered threatened in Kansas and Iowa. 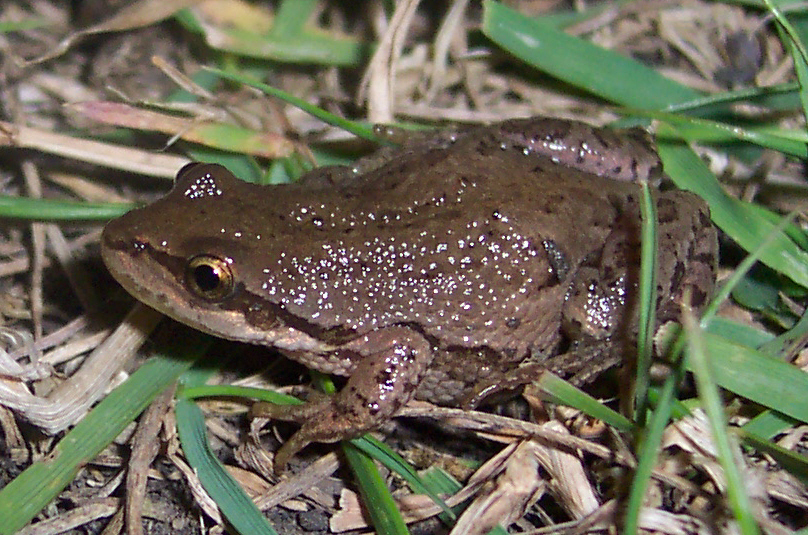 The boreal chorus frog (Pseudacris maculata) can be found throughout the US and Canada.

This is a small frog species that only grows to around three centimeters in length.

It is usually brown but can be slightly green on the back. It has three dorsal stripes which are broken and they can be faint or distinct. This amphibian has a distinguishing dark band that runs from the snout over the eye and down the other side of the head.

Males make a call from vegetation or a protected area close to the water. Their call is unique with each individual having their own pulses.

These are usually the first amphibians to emerge in spring time. They come out early and can often be found in snow and ice.

Image by bsmrekar via iNaturalist

The mountain chorus frog (Pseudacris brachyphona) is a member of the Hylidae family and native to the United States.

This small frog can grow up to 3.8 centimeters or 1.4 inches.

Females tend to be slightly larger than the male.

They are gray or brown with a broad head with a triangle between the eyes and a white line on the upper lip.

Males tend to have a darker throat than females.

The Western chorus frog (Pseudacris triseriata) can be found throughout the US and Canada.

This small 4 cm / 1.6 inch frog has smooth skin and a green gray to red, olive, or brown coloration.

They have three dark brown or gray stripes down their backs, these stripes are sometimes broken or missing altogether. They have a white stripe above their upper lip and a dark stripe across the eye on either side of their snout.

The male tends to be smaller than the females with males being distinguished by their yellow vocal sacs. When the flap is not in use, it's dark in color.

These frogs can be found in a variety of habitats, but they prefer areas with a permanent water supply. They can be found in meadows, swamps, marshes, pools, and in prairies and mountains.

These frogs are not seen often, as they are secretive and nocturnal but you may get a glimpse on a hot night if they come out to call.

Males and females can join the choruses. Choruses tend to last up to two seconds and can be repeated up to twenty times.