There are 7 lizards that are native to Washington state.

Are you wondering what the seven lizards in Washington are? Have you seen a lizard and you want to identify it?

Read below for detailed information on the lizards you may come across in Washington State. 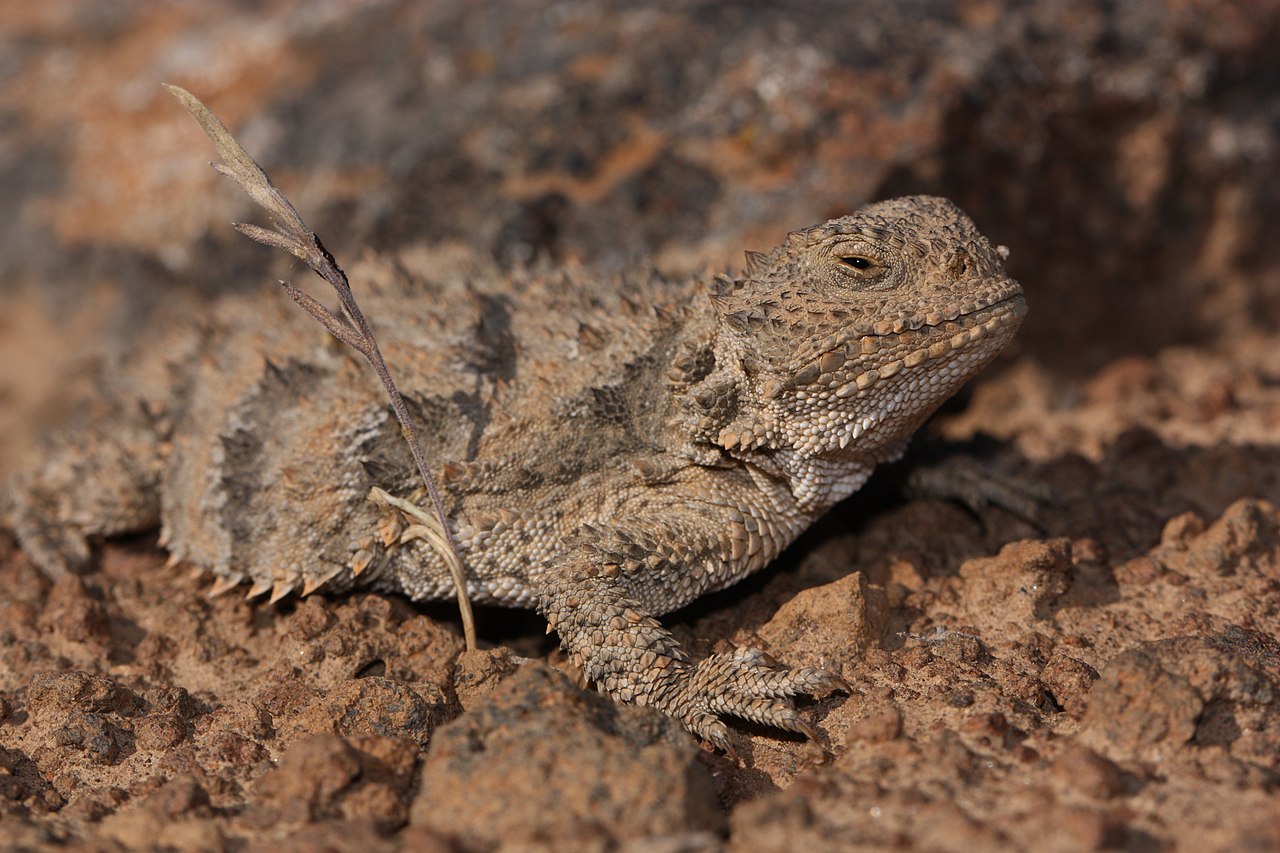 The pygmy short-horned lizard can be found in Washington State where they grow anywhere from 1.25 to 2.5 inches or 3.2cm to 6.4cm from snout to vent.

They have flat bodies, short spines that crown on the head.

They are gray, yellow, or red/brown in color with two rows of dark spots which can be seen on the back. Their colors intensify if they are threatened or they are being aggressive.

These lizards have a diet that consists mostly of ants. 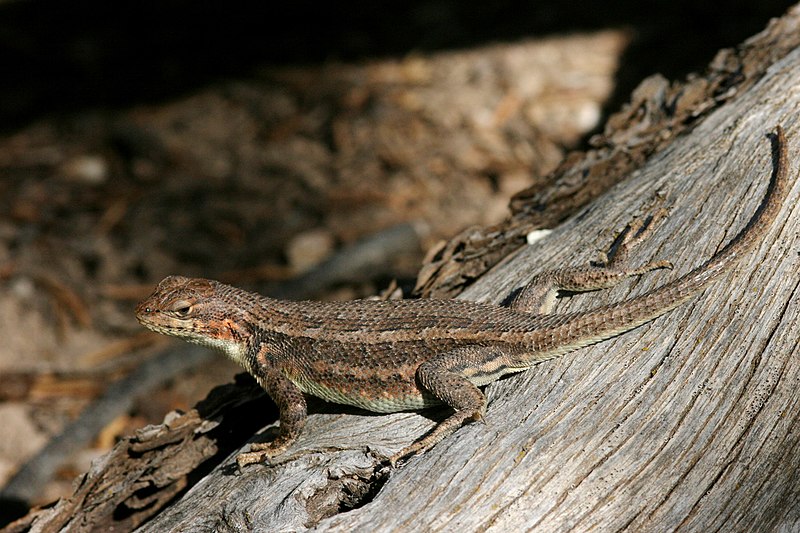 They are similar in appearance to the western fence lizard, just smaller with more scales.

These lizards are brown, gray, or olive in color with blue or green on the surface. It’s not uncommon for these reptiles to have an irregular pattern on the tail and body. They have a black bar that runs on the shoulders with lighter lines on both sides.

Females tend to have a yellow or white belly, while males have blue patches on their throats and bellies. Males develop orange coloration during the breeding season.

These lizards are usually found in a host of habitats from forests to woodlands to shrubland. They enjoy laying in the sun and basking on rocky outcrops and logs.

When scared, they will reach for rocks, trees, or crevices in order to hide. They tend to brumate (hibernate) in the winter months.

In Washington, you can find the sagebrush lizards in sand dunes and sandy habitats with plenty of shrubs and bare ground. They enjoy basking morning and afternoon and can be seen on the edge of shrubs. 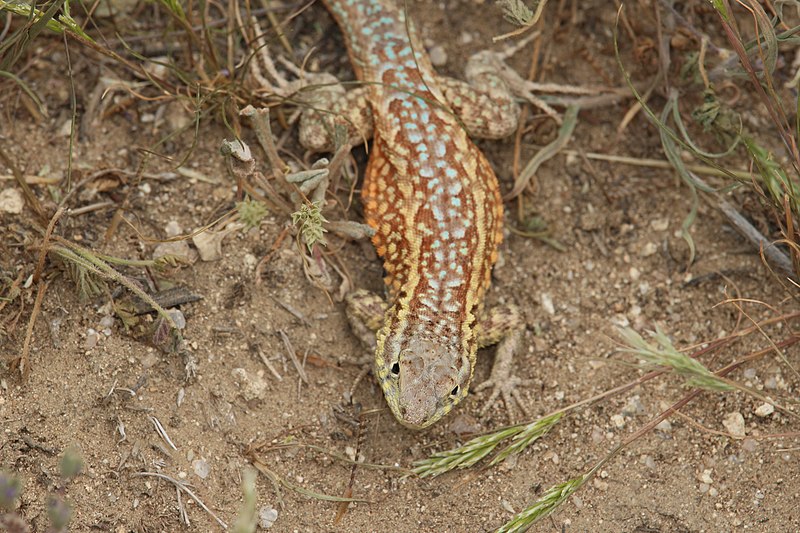 These lizards are small lizards with males only growing up to 2.4 inches (6cm) from snout to vent.

Females are slightly smaller. Some of the males will have blue flecks which can be seen on their tails and backs with yellow or orange on the sides, while others remain unpatterned. Females have stripes on their backs and sides but may not have any patterning.

Males are aggressive and very defensive of their territory.

Tail length plays a role in the dominance hierarchy within this species. A reduction in tail size in males and females will be a loss of social status.

The Western fence lizard can grow up to 8.9cm from snout to vent with a total length of approximately 21cm with the tail.

They tend to be black or brown in color, though it’s not uncommon for them to have some green in their coloration with black stripes on the back.

The bright blue belly is what really sets these lizards apart. They have yellow in the ventral side of the limbs with blue patched throats.

Females are not as bright in color, neither are juveniles. Males can display a bright turquoise blue color with some spots on the surface.

These lizards enjoy a host of habitats and can be found in sagebrush, woodland, farmland, grasslands, and more. They do avoid a harsh desert environment and prefer being close to water. They are often seen lying on the paths and rocks, even fence posts soaking up the sun.

They change their color from a tan or light gray to black, which helps them absorb the sun’s UV rays with ease.

The Western skink is an agile and secretive lizard that you will see scurrying through leaf litter and vegetation.

They prefer a moist environment, even though they have been found on dry hills. They frequent grasslands, woodlands, and pine forests. They are rarely seen in dense forest areas or heavy brush. 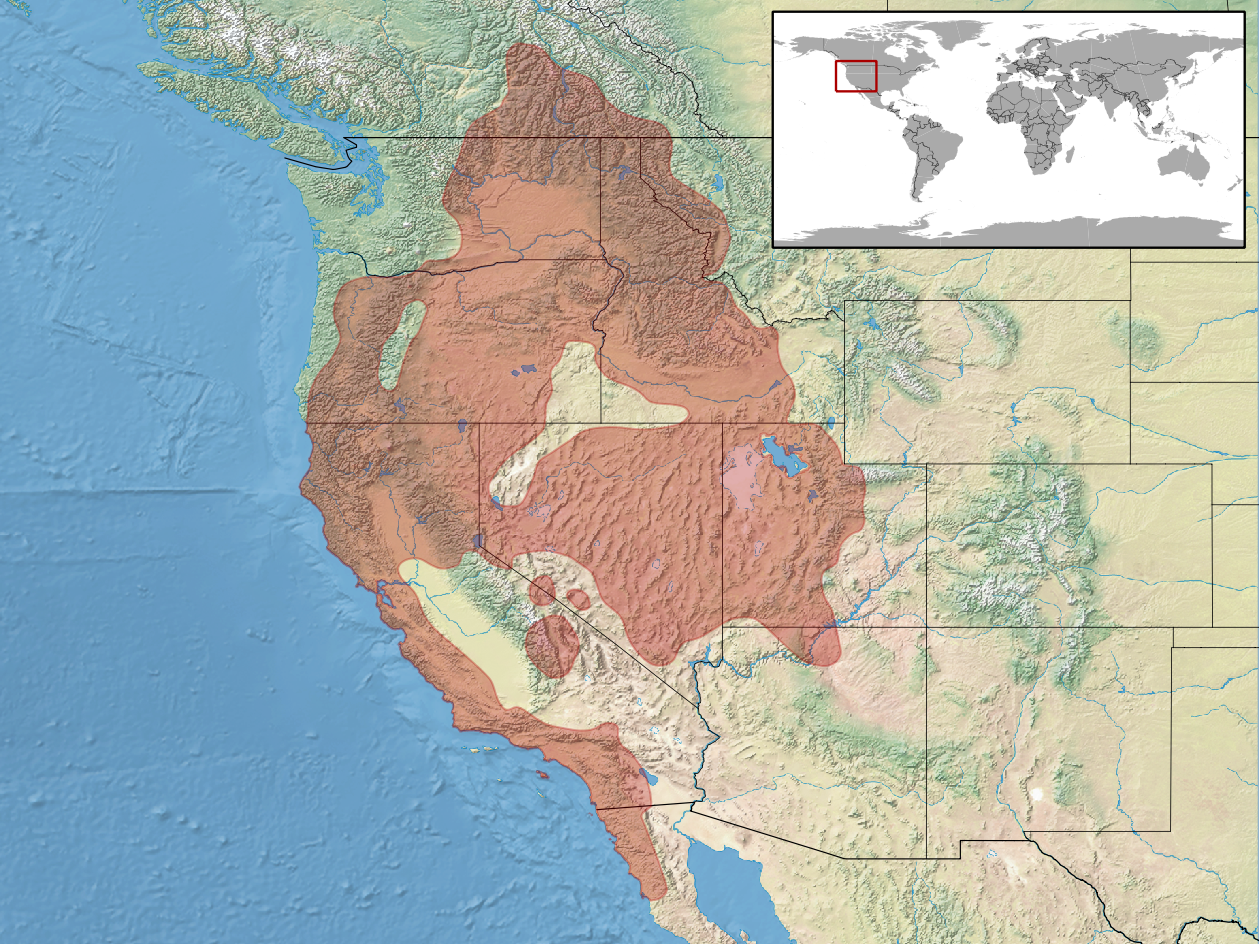 These skinks can easily be distinguished from other skinks for the broad black or brown band that starts on the head and extends just past the hind legs.

Adults have a broad stripe down their back which is edged with black and bordered on both sides in a white/beige color. A second stripe starts on the upper jaw separated by the broad dark band. Juveniles have bright blue tails that turn gray as they age. 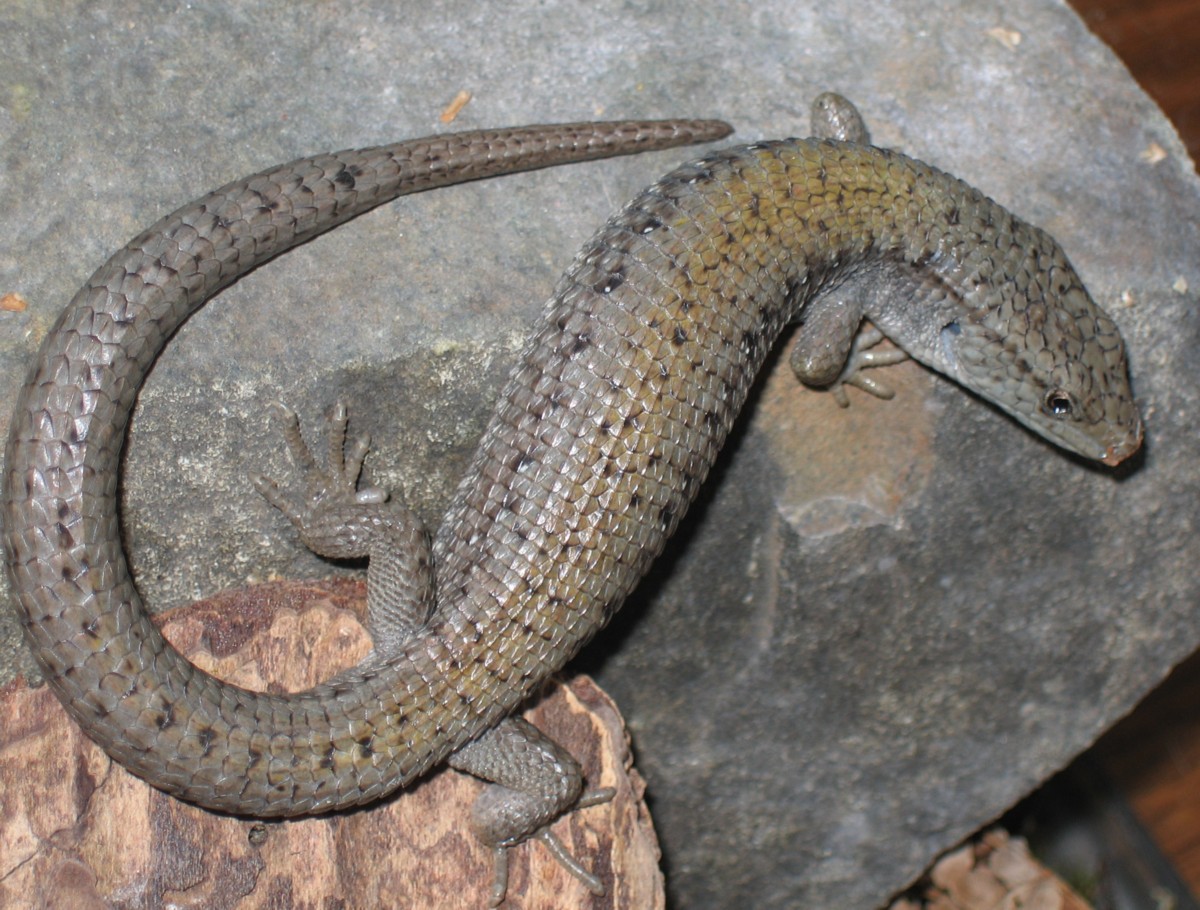 The Northern alligator lizard is a slender lizard, considered to be medium in size with adults reaching a total length of 10.3 inches (27.5cm).

Their skin varies in coloration, they can be brown/white or green/yellow. They have blotches on the back which can blend into a band.

Some younger lizards have a yellow throat and mouth area, light gray belly, and dark eyes. 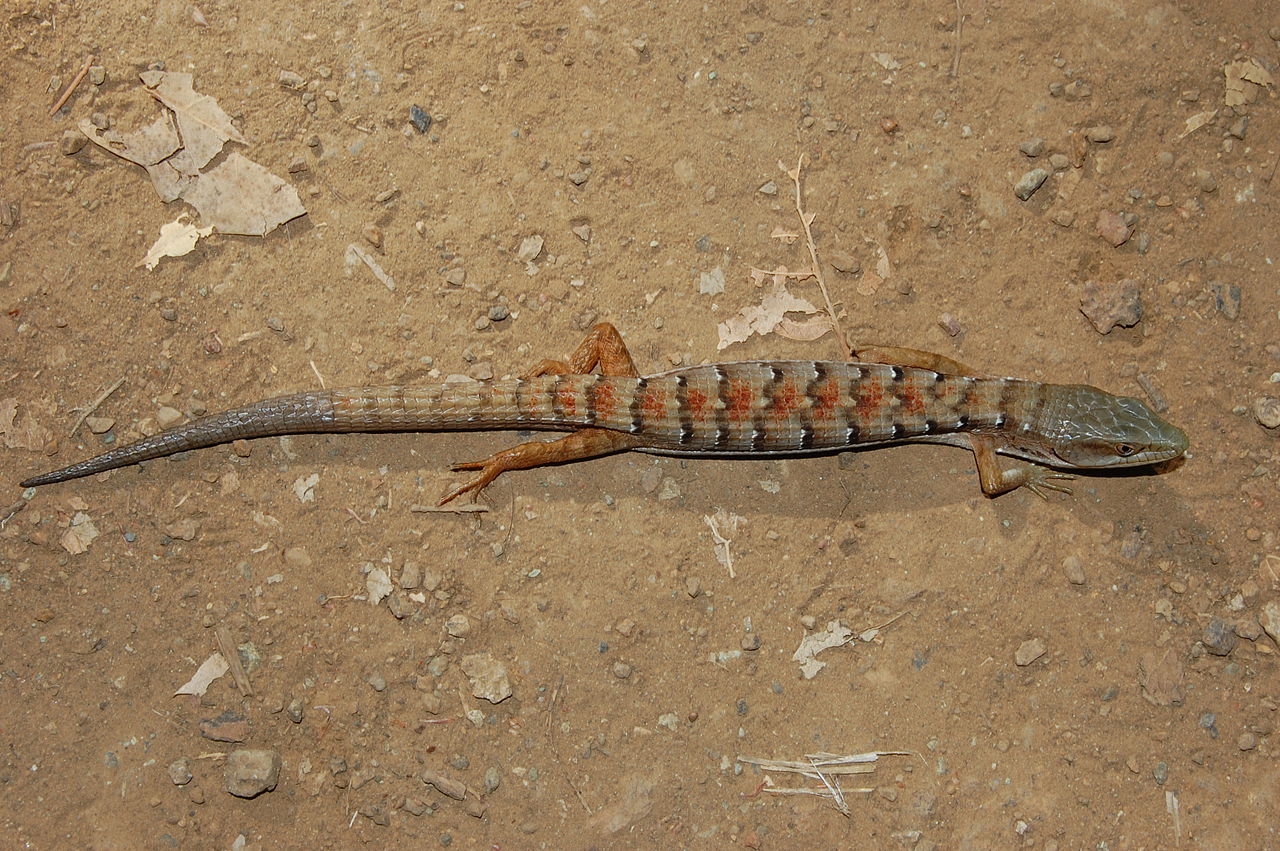 This lizard grows to approximately 7 inches (17.8cm) from snout to vent. With their tails, they can easily reach 31cm.

They have thick rounded bodies, small legs, and a tail that is double the body length. They drop their tail as a defensive measure if they are attacked. It offers the opportunity to escape.

They can live up to 15 years in the wild and are known to live longer in captivity.

They are variable in color and tend to be anything from yellow to green and gray to brown.

They have blotches in the middle of their backs with up to thirteen cross bands across their back, tail, and sides. There are white spots adjacent to the cross bands.

You can find them in woodlands, under rocks and logs. 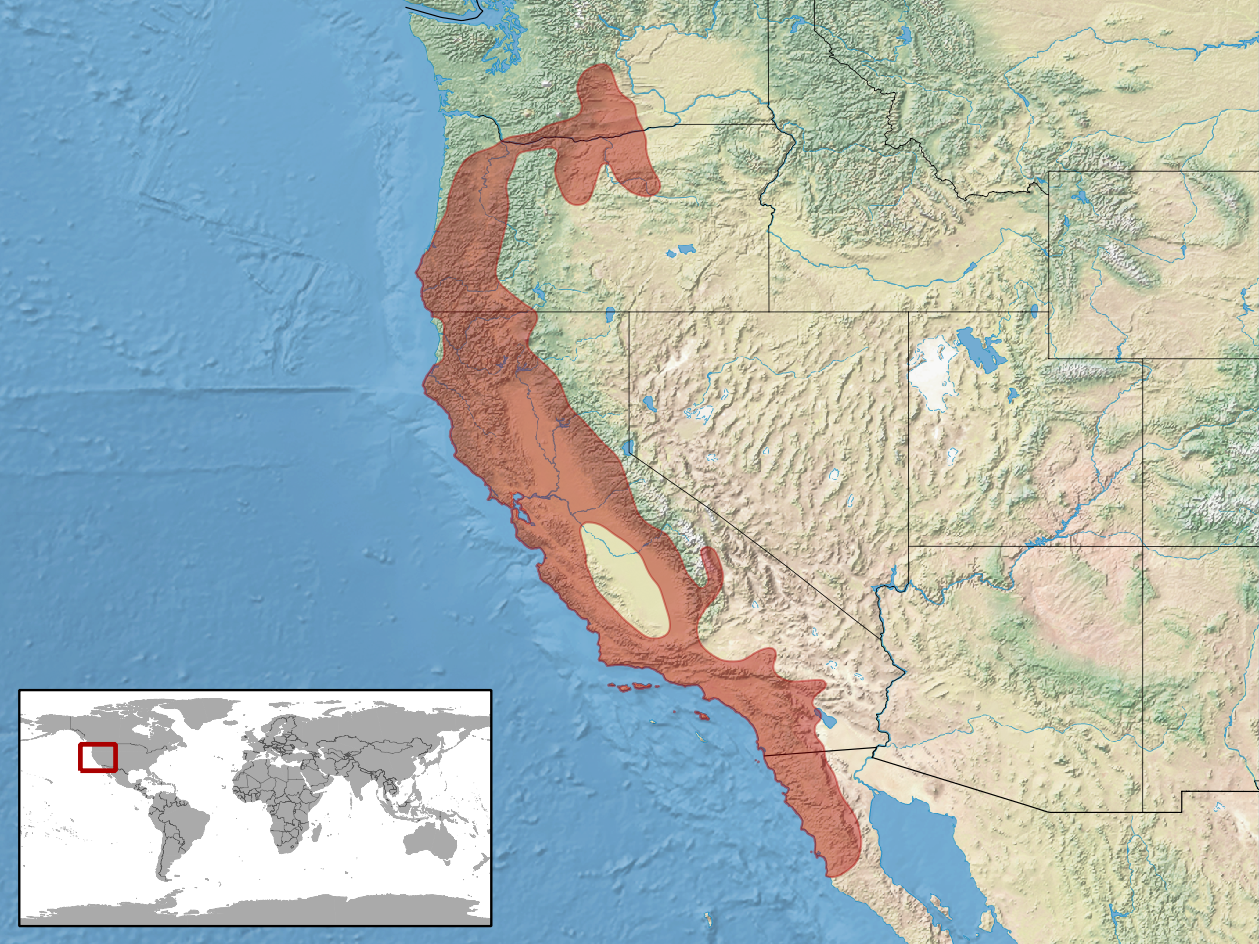 It’s not uncommon to find the Southern alligator lizard in human habitats. They forage mornings and evenings and can be found in garages and yards.

Note, these lizards will try and bite you if handled, they may even defecate on you. Ensure you wash your hands thoroughly after touching one of these lizards.