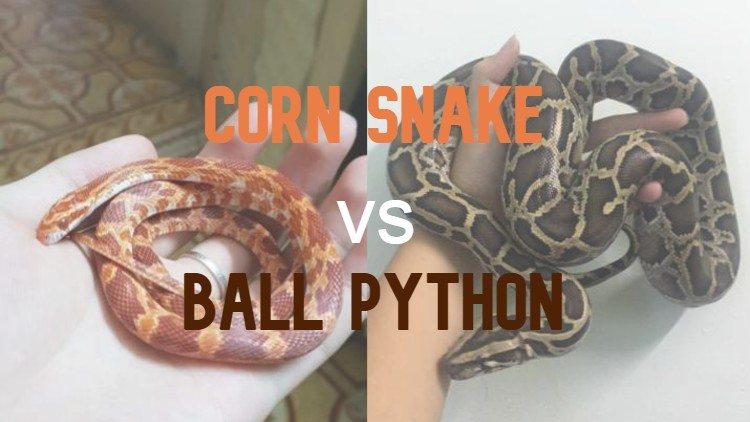 Corn Snake vs Ball Python as Pets. Which One is Better?

Are you thinking of getting your very first pet snake? This is an exciting time, but deciding on which snake to purchase can be daunting. Two of the most popular non-venomous pet snakes are the corn snake and the ball python. A corn snake vs a ball python, which one is the right choice for you?

Both the corn snake and ball python and easy to care for and easy to handle, both eat an easy diet and have relaxed temperaments. While both are great snakes for captivity, there are some differences, which you need to be aware of, ensuring you choose the right snake as your pet.

The corn snake comes from North America. They are a rat snake species that is found in the eastern and central areas of the United States. This makes them a little easier when it comes to maintaining their enclosure. They don't require lighting; a heat mat is more than enough to help them regulate their body temperature. Corn snakes need a warm and cool side to their terrarium, with temperatures on the warm side being between 86ºF and 89ºF and the cool side ranging between 75ºF and 82ºF. They require a humidity level of between thirty and fifty percent.

Ball pythons are tropical snakes from sub-Saharan Africa. They are used to tropical climates and higher humidity levels. Due to their tropical natural habitat, these pythons have different enclosure requirements than the corn snake. While they also don't require any lighting, their heating and humidity needs are different. The ideal temperatures in the warm side of the enclosure should be between 88ºF and 90ºF, with their cooler side being between 76ºF and 83ºF. Their humidity levels should never drop lower than fifty percent. 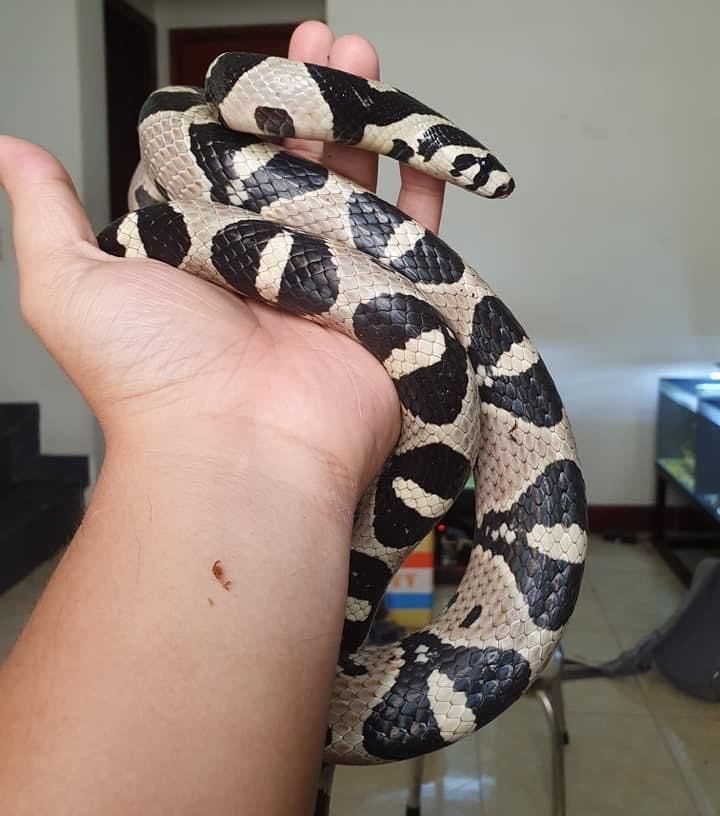 Corn snakes can reach around four feet in length, which is manageable for a first-time pet owner. Corn snakes are thin and long snakes. 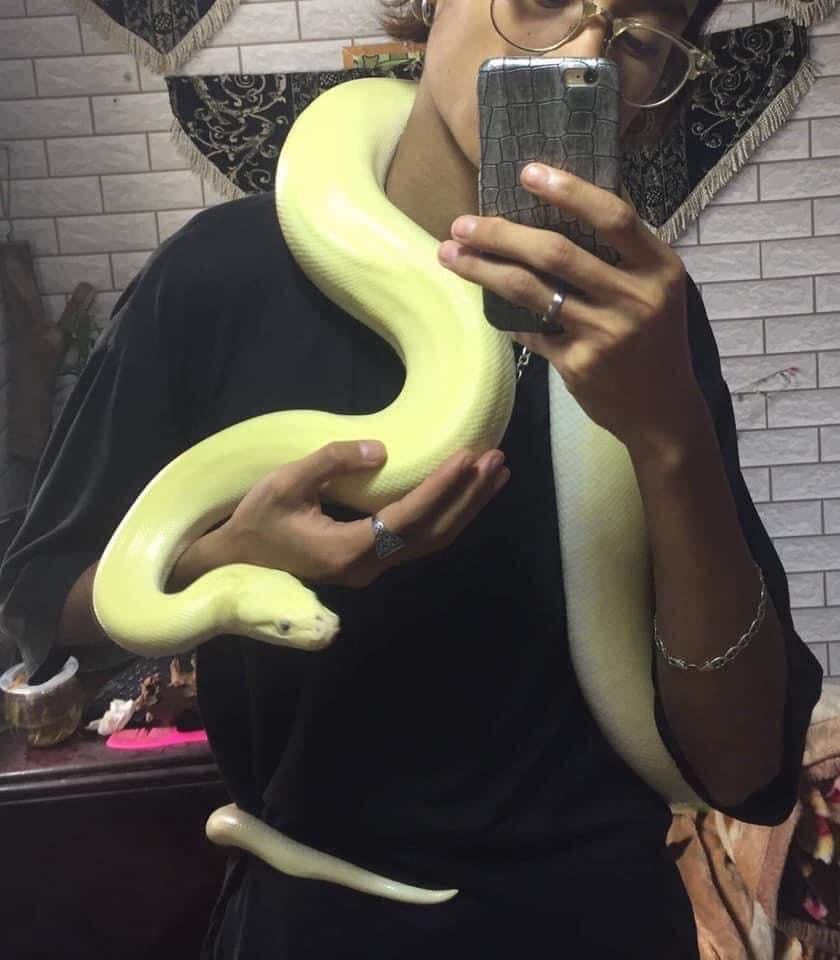 Ball pythons grow the same length as the corn snake, around four feet in length. The difference is that the python has a wider girth, making them considerably wider than the corn snake.

Both species grow at about the same length. The noticeable difference is the width of the ball python, making it heavier and look larger than the corn snake.

Corn snakes are very hardy snakes and remain comfortable at room temperature for limited periods, this means that they are easy to take out of the enclosure and handle. These are active snakes when they are allowed out of the enclosure and will want to explore. These snakes are easy feeders and are unlikely to bite their handlers, making them ideal first-time snakes.

Ball pythons don't have a very high tolerance for room temperatures and drier air and therefore handling should be limited. They must never be exposed to temperatures below 70ºF. While these pythons are very docile in nature, they are heavy bodies and large for their length. They do get stressed easily and can go off their food when stressed. They are unlikely to bite, but this is down to personality with babies likely to nip until they are comfortable being handled.

Both are docile and hardy snakes, though the ball python does have higher temperature and humidity requirements, which means you have to take great care when removing them from the enclosure and handling them. The corn snake is an easy eater, which means pet owners don't have to worry about their snake refusing to feed, which can be a common problem with ball pythons, especially when stressed.

Corn snakes have a long-life span and this is something important to consider when selecting your new pet. Corn snakes in captivity can live for fifteen to twenty years in captivity.

Ball pythons do live longer than the corn snake and in captivity, they can live anywhere from twenty-five to thirty years. The oldest living ball python reached around thirty-five years.

While there is only five to fifteen years difference in these two snake's lifespans, it is a long term commitment, whether you choose a corn snake or ball python.

Corn snakes have a narrow head and body. These snakes come in a wide variety of morphs, which is completely different from the ball python. Corn snakes are bright in color with some of the most common morphs including lavender, black, albino, and okeetee. 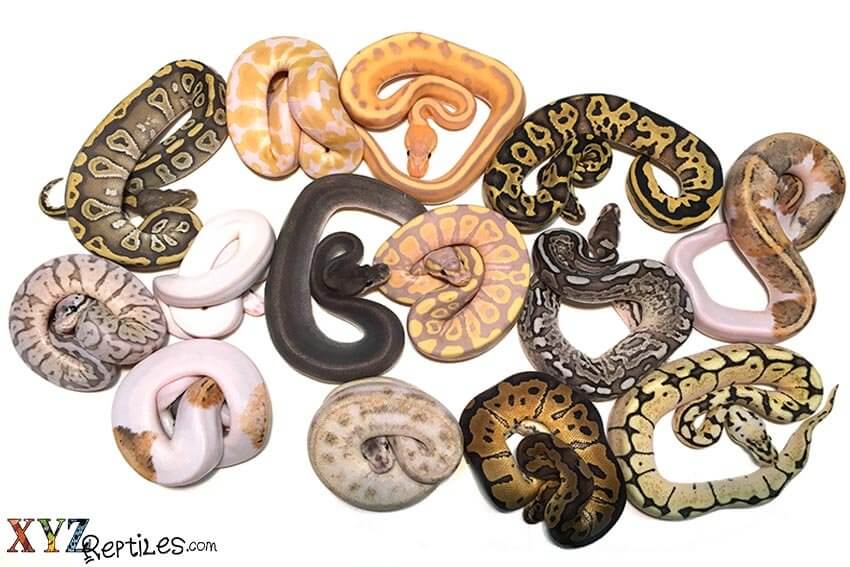 Ball pythons on the other hand look different to the corn snake with their diamond-shaped heat and thick body. These are not very colorful snakes with their standard coloration being brown or black. The ball python is also available in a host of morphs you can choose from including albino, acid, banana, calico, and bumblebee.

Corn snakes are such easy feeders that love mice. Food intake does vary based on season life stage and temperature inside the terrarium.

Ball pythons require larger meals than the corn snake, as they are heavier. These snakes can live for weeks or months without food and they are fussy eaters. Not eating for long periods can make snake owners nervous.

Corn snakes are easier to feed than the ball python and they require smaller meals.

The enclosure should be at least as long as the snake. With corn snakes growing an average of four feet, you will need a four-foot terrarium. Costs include the purchase of the snake, which is easily available, the enclosure, heat pad.

Ball pythons will also require an enclosure, the minimum length of their body. These snakes require more care than your corn snake, which can increase your set up costs. In addition to the cost of the snake, the enclosure and heat pad, you will also need a humidifier to provide the humidity levels these tropical snakes need.

Your initial set up costs for the corn snake and ball python do vary with ball pythons being slightly more expensive due to their more specific heating and humidity needs.

Both the corn snake and ball python are low maintenance and easy to own snakes. They are common captive snakes and both suitable for first-time snake owners.

A corn snake may be more suitable as your first snake if you want a snake that doesn't grow too big and is a social and comes in a variety of colors. The ball python is a great first snake choice if you are looking for a wider variety of morphs, a larger and more girthy snake and you are patient, enabling you to deal with a shy and reserved snake.
Previous Post Betazooer Reptile Humidifier Review Next Post Best Corn Snake Heating Pad