What Lizards Live In The Water

When you think of lizards, you think of the lizards you see in your yard, running under vegetation and rocks to get away from you.

You may see them basking in the sun on a beautiful day, but did you know that there are lizards that can live in water?

There are two lizards that live in water, along with a couple that can dive and hide in water, to those that can literally walk on water. Continue reading below to find out more.

Lizards Live In The Water

There are two lizards that live in the water, these include:

The marina iguanas (Amblyrhynchus cristatus) are known for their ability to eat in the ocean.

They are herbivores, eating algae that grow on rocky shores and under the water's surface.

They swim very similar to a snake, using their long claws to hold them to the bottom.

They are terrestrial, basking in the sun and resting on the shoreline, even though they do feed in the water.

The males can grow up to 1.3 meters (4.3 feet) in length, with females being slightly smaller in size.

How Do They Survive Underwater?

The marine iguana has salt glands, which enables them to sneeze out the salt.

With feeding underwater, they ingest a large amount of saltwater. To reduce the risk of dehydration, their bodies remove the salt from the blood with specialized glands.

These iguanas have the ability to reduce their overall size, especially when there is reduced food available.

They can reduce their size by up to 20%, requiring less food. They regain their size once the algae return to their normal high level.

Their snouts are blunt to make it easier to eat on algae, while their tails are flat to assist with swimming.

They are able to remain underwater for up to thirty minutes when feeding. 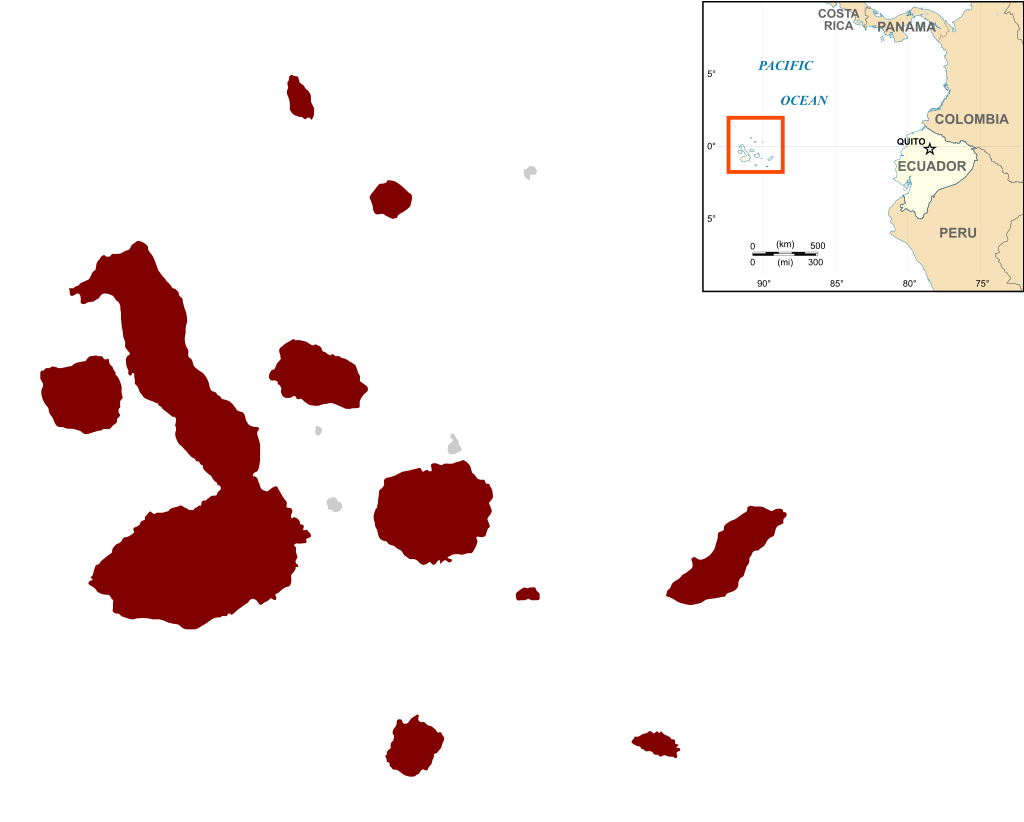 The marina iguana has a very limited graphical area and is believed to be on the verge of extinction. They are protected species in Galapagos Islands (Ecuador).

This iguana is endemic to the Galapagos Islands, where it remains the only marine lizard species globally with the ability to drive more than 20 meters (65 feet) under the water. 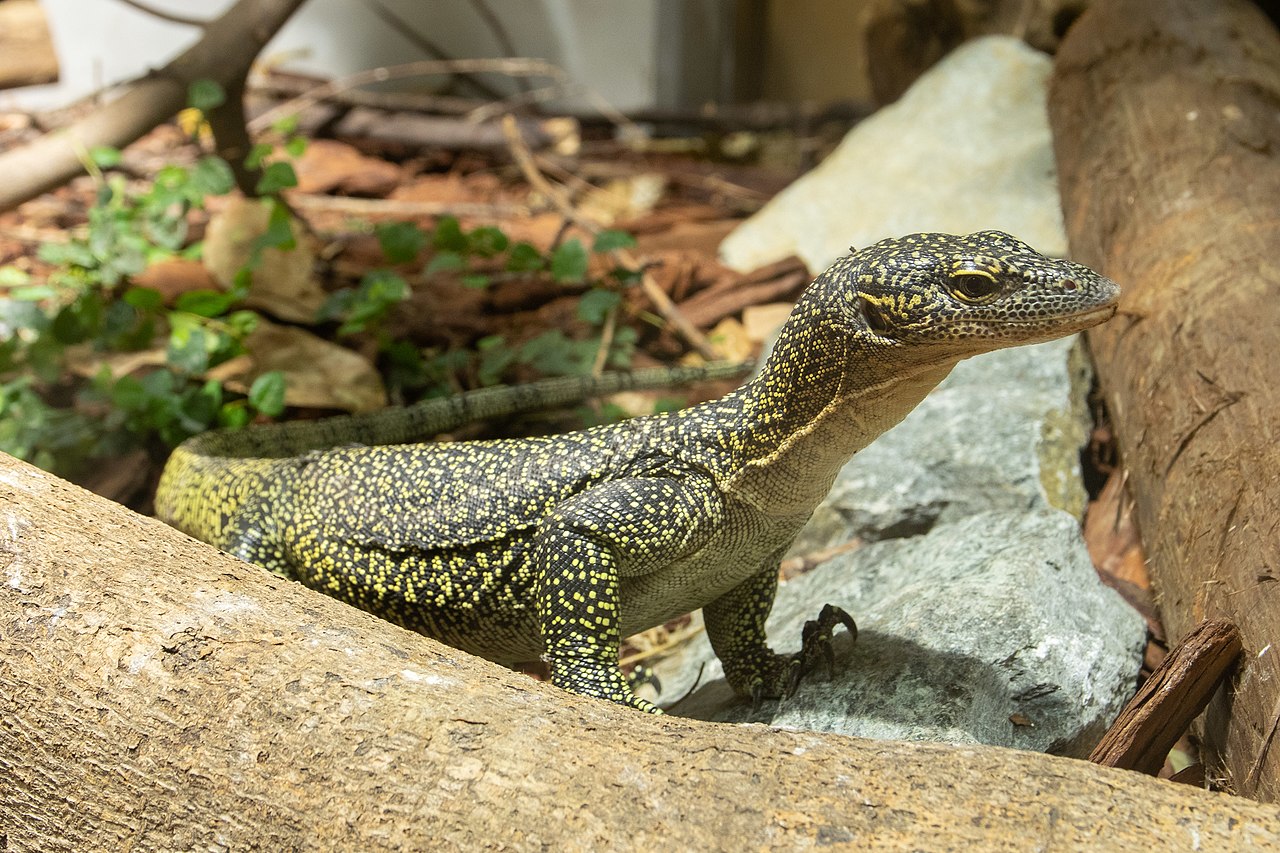 The mangrove monitor (Varanus indicus) is a Western Pacific monitor lizard with a large distribution.

This is a dark green to black lizard with gold/yellow spots and light coloration on their heads. They have a cream color on their underside with dark markings.

What makes them distinctive is their purple tongues and serrated teeth.

They vary in size, depending on their range. The most common size is around 1.3 meters in total length, including the tail.

The tail tends to be twice as long as the body to assist when swimming.

How Do They Survive Underwater?

The mangrove monitor is one of two monitor lizards that are able to secrete salt from their nasal glands (the other is the rusty monitor), enabling them to survive in saltwater and eat marine prey.

This gland is what has allowed these monitors to get to new islands, dispersing throughout the Pacific.

They are able to catch fish in deep water.

These monitors are also known to live in trees, with excellent climbing abilities. When they do swim, they are able to remain underwater for up to 45 minutes.

The mangrove monitor can be found in New Guinea, the Solomon Islands, and Australia, along with the Caroline Islands, Mariana Islands, and the Marshall Islands.

These lizards live in damp forests close to coastal rivers and mangroves, along with permanent lakes.

There are two lizards that can dive underwater, often using the water to escape predators. 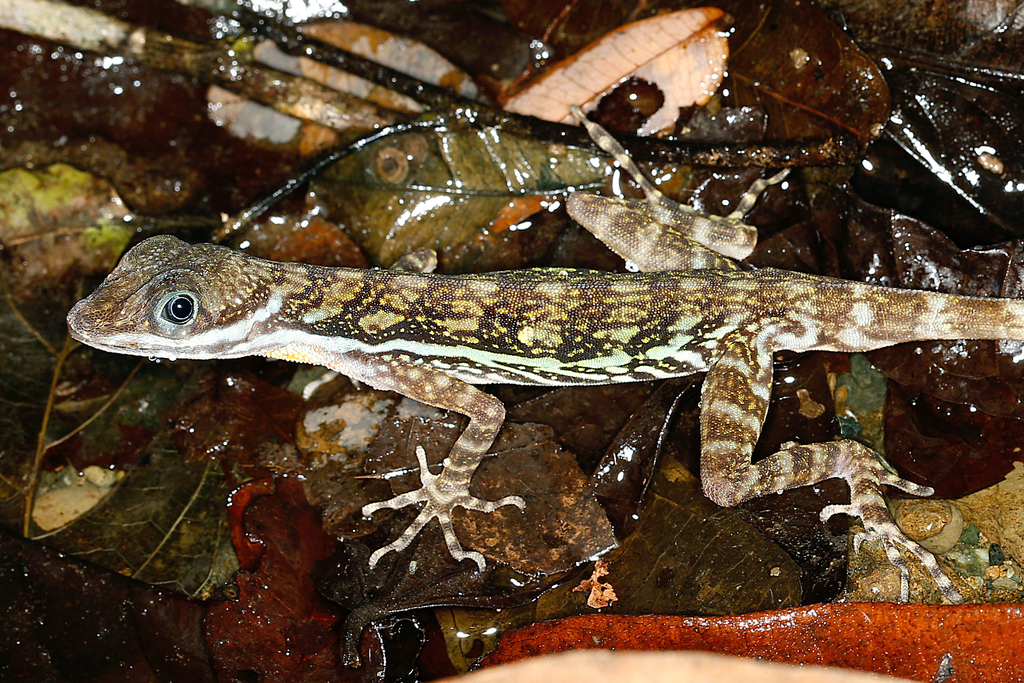 Image by gernotkunz via inaturalist

It has been identified that water anoles have the ability to breathe underwater and for extended periods to get away from predators.

They have formed an underwater respiration system, that recycles their air bubble on the top of the lizard’s head.

The water anole isn't a fast lizard, so finding a hiding place under the water is the easiest way for them to escape their predators.

The common five-lined skink (Plestiodon fasciatus) is another of the lizards that will not hesitate to hide in water, hiding under debris or rocks to escape predators.

Lizards Walk On The Water 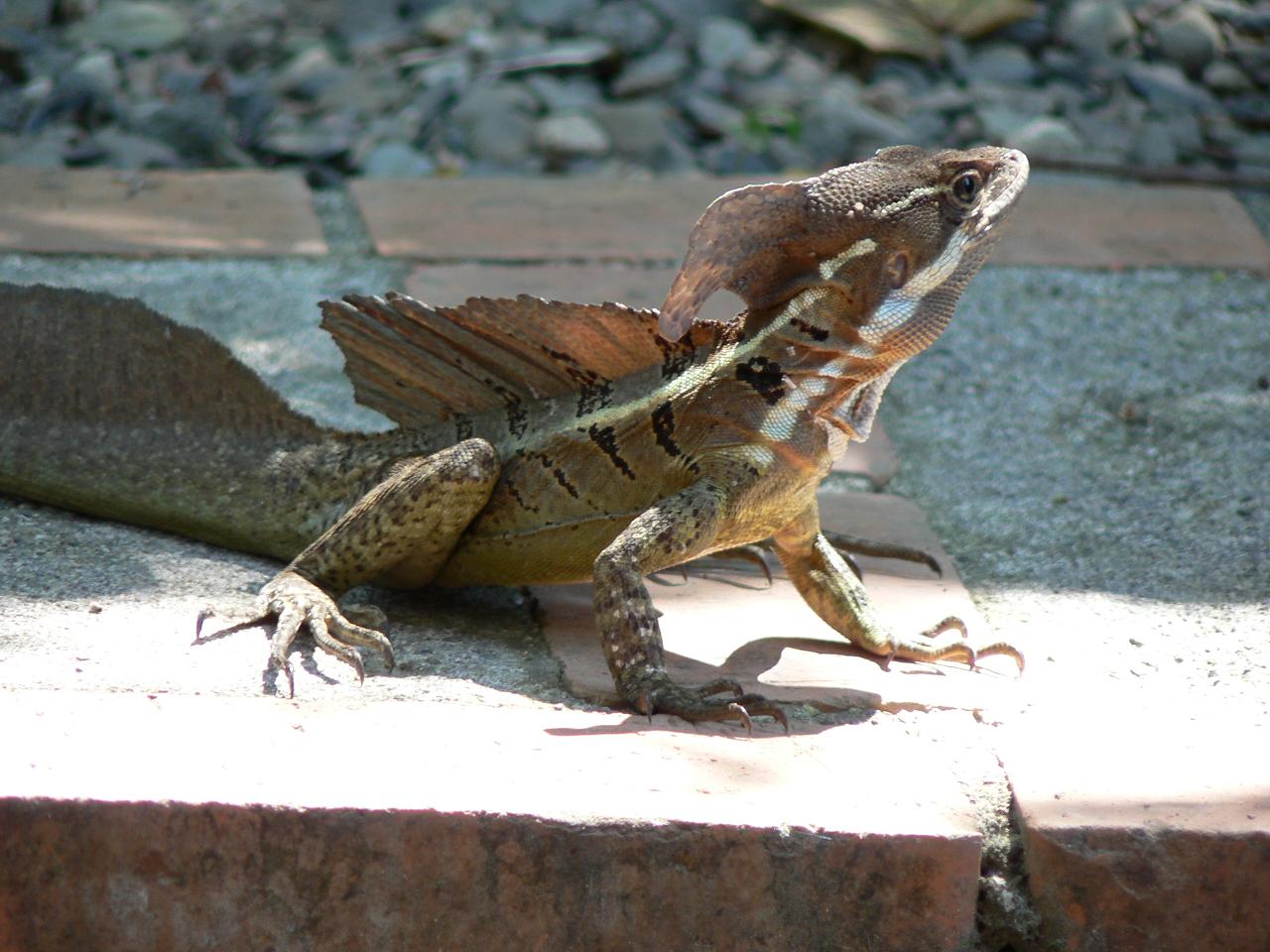 The common basilisk (Basiliscus basiliscus), known as the Jesus lizard, can literally run on the surface of the water.

When it runs to escape its predators, they get enough speed to run on the water for a brief distance with their body remaining out of the water.

They live on the land, but when they feel threatened, they take the water.

They have large back feet with scaly fringes, which are compressed against the toes, when in danger, the lizard jumps into the water, the toes open and this allows it to run on water to escape.

Some of the lizards take to water as an escape from predators, while others use water for feeding.

The mangrove monitor and marine iguana have both developed nasal glands, that enable them to expel the salt from their systems to reduce dehydration. Both can stay underwater for extended periods when feeding.

Water is not just for hydration for some lizards, it's a place to escape predators and find nutritious food.