There are six tree frogs that you may come across in Michigan.

If you're wondering what the frog is you saw in your back yard or when out on a walk in the local forest, then continue reading for details on the tree frogs of Michigan, along with their call sound, helping you identify them with ease and confidence. 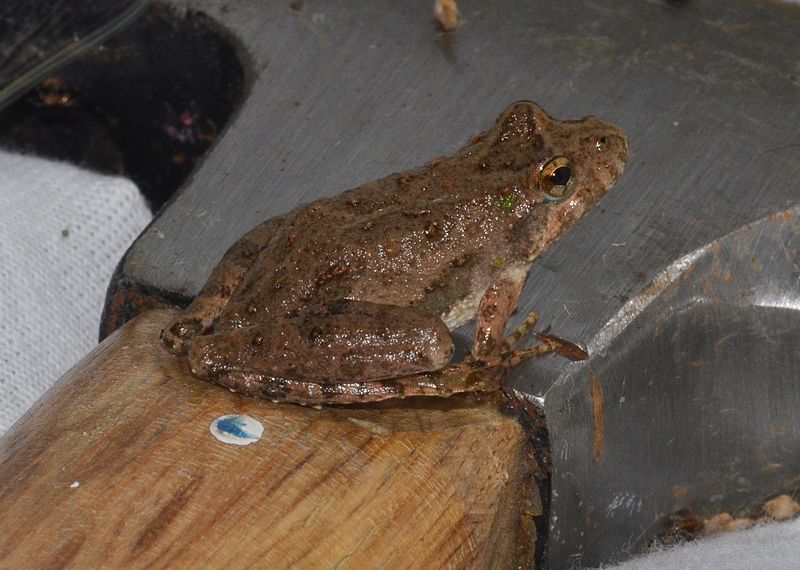 These tree frogs are tan olive, brown or gray with green, black or red patterns and a broad light stripe, which can be seen running down the center of the frogs back.

They also have two light patterns that run from the jaw to the eye, creating a dark triangle between the eyes. These small frogs have warty skin.

These frogs have a call that resembles pebbles or marbles being knocked together. It is made up of fast pulses that sound similar to a cricket. Male frogs call during breeding season, mostly in the evenings and during the night. 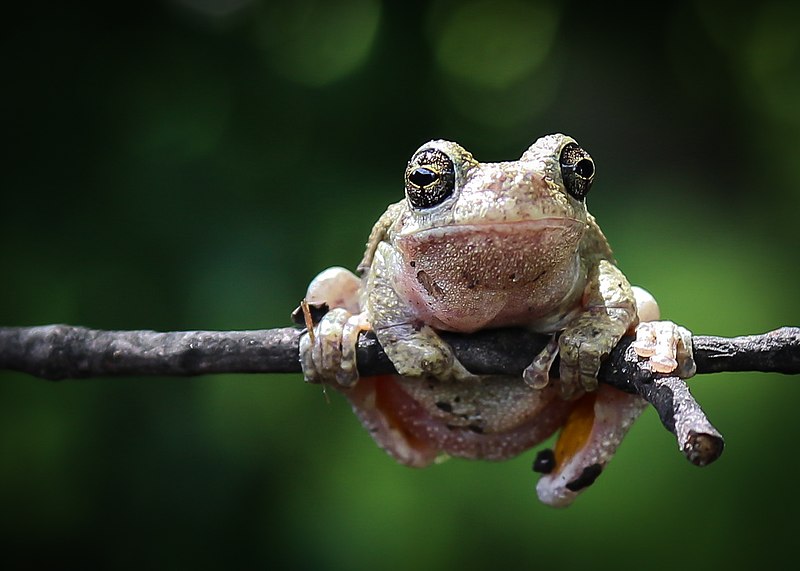 Gray tree frogs can be found in Michigan

Gray tree frogs (Dryophytes versicolor) have the unique ability to camouflage themselves, changing from gray to brown to green. Their color is dependent on the substrate they are sitting on.

They don't change as quickly as a chameleon, with color changing much slower.

Females tend to have a white throat and do not call, while males have a black, gray, or brown throat that is visible during breeding season.

Females tend to be larger than males, though they are small frogs which grow up to two inches or five centimeters in length.

These frogs can be found in forest areas and live in trees, very seldom seen on the ground, except for mating season where they make their way to freshwater to breed.

The gray tree frog is very similar to the Cope's gray tree grog with the only difference being their call. The call rate is determined by the temperature. Gray tree frogs pulse up to 34 pulses per second. Their call is shrill and fast-paced. 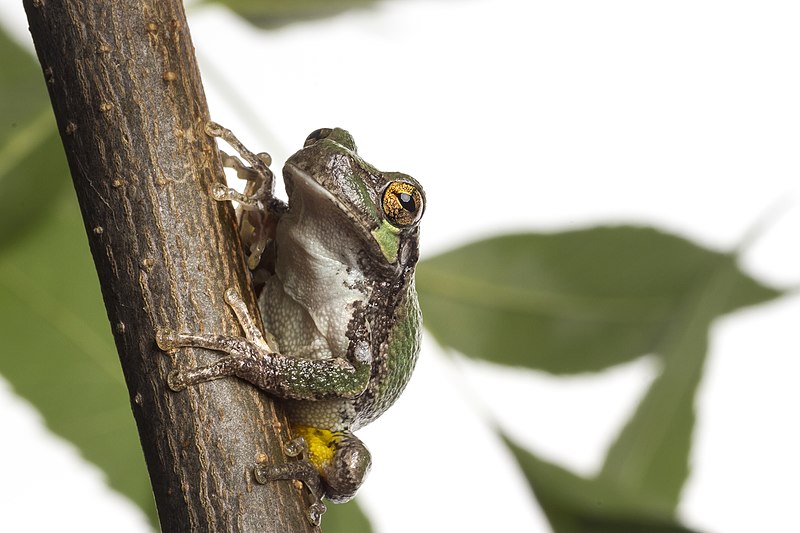 Cope's gray tree frogs are also be found in Michigan

Cope's gray tree frog (Dryophytes chrysoscelis) is found in mixed forests, swamps, well-vegetated yards, and even suburban areas. They inhabit areas with suitable freshwater sources with plenty of shrubs and trees around for hiding.

This frog can change color over an hour or more with their background color being gray, brown, or pale brown with dark patches.

They have a dark band that extends from the one eye to the frog leg with a white square patch under the eye.

Cope's gray tree frogs have a call lasting about half a second. It's very melodious and is repeated every few seconds with a trill pulse rate.

Males hide in vegetation close to freshwater and call during the breeding season.

A spring peeper in Michigan

Spring peepers (Pseudacris crucifer) live in permanent and temporary flooded areas, ditches, ponds, and marshes during the breeding season, moving to woodlands and shrubby areas the rest of the year.

The adult is tan, gray, or brown with a dark X on their back and a V between the eyes. They have yellow groin and bottom of legs with a pale yellow, cream, or white belly.

Males tend to be smaller and darker than females and will give off a loud “peep” every second as their call. They also tend to have a whistle sound they use to warn other males that they are coming into their territory.

These frogs are very seldom seen except from November to April when there are overcast days and warm rain.

Their high-pitched peep is similar to a whistle and you can hear it for miles. These frogs make large choruses, making them sound like sleigh bells.

The western chorus frog (Pseudacris triseriata) is a small frog that lives in meadows, marches, and open habitats, often found in wet woods or swamp areas. They may hide under rocks, leaf litter, or under a log.

These frogs are gray, tan, red, or brown with a white or cream stripe running along the upper lip and a dark brown stripe on the top of the nose through the eye and all the way down to the groin.

They often have three dark stripes that run down the back, these can be brown into spots.

These frogs make a call that sounds like someone running their fingernail along the teeth of a comb. It's a high pitched, short and scratchy noise, similar to a “cree-ee-eek.” 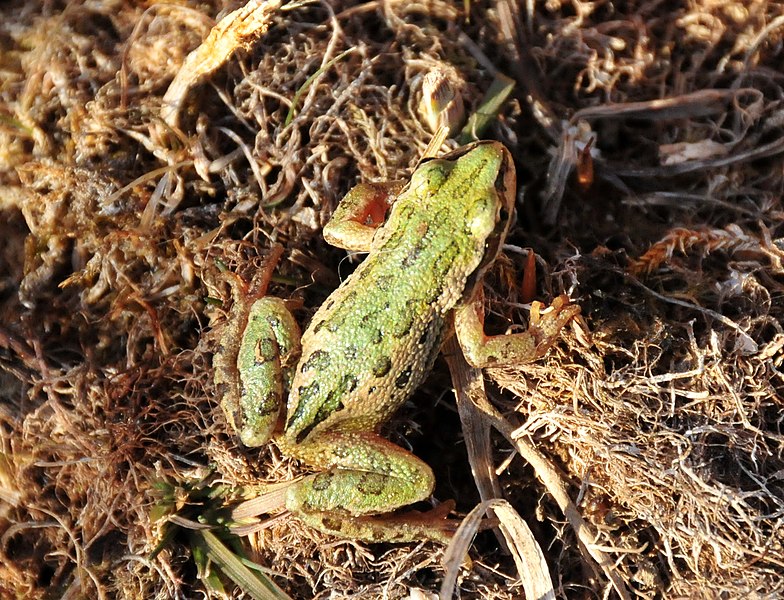 A boreal chorus frog in Michigan

It is usually brown in color, though it can be green with three stripes which can be distinct or faint. They have a dark band over the snout, across the eye, and down the side.

They are often found close to permanent bodies of freshwater, such as cleared land and forests.

Males tend to call, making a “reeeek” noise which can be heard from the vegetation and grasses close to the water.

These frogs mate from April to September. The call is made to attract females and warn other males. Each of these frogs has their own individual call, with their own pulse series.

These frogs have a raspy call that lasts approximately two seconds. It is similar to running a fingernail over the teeth of a comb.

Some of these frogs can control the direction of their call, ensuring that they attract as many females as possible.