Scorpions in Tennessee: 5 Facts You Should Know

If you live in Tennessee, then you may wonder if you stand a chance of encountering a scorpion in the home or when out in nature.

There are five facts you need to know about scorpions in Tennessee from the types of scorpions to whether they are dangerous to where to observe them and how to prevent them.

Types Of Scorpions In Tennessee

There are 2 types of scorpions in Tennessee, these include:

The southern devil scorpion is native to Tennessee, a member of the Vaejovidae family.

This solitary scorpion will live and hunt on its own, coming out at night to hunt from prey. They live in burrows during the day, often found under rocks and woodpiles.

Even though they are solitary, they don't mind having neighbors, so if you see one, there could be more nearby. 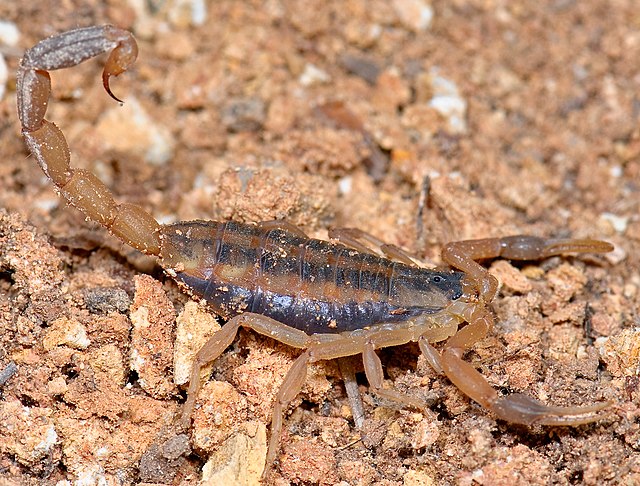 The striped bark scorpion was introduced to Tennessee and is a type of bark scorpion that prefers hiding under rocks, fallen locks, leaf litter, and inside homes.

They are striped reaching around three inches in length with a yellow to tan body color.

Their tails are long and slender with a stinger on the end that can cause unwelcome pain, swelling, redness, and itching.

Are There Poisonous Scorpions In Tennessee?

While there are some very dangerous scorpions around the world, the good news is that the Tennessee scorpions are not deadly to humans.

They do give a very painful sting, that is no worse than a wasp or bee sting.

It is important to look for signs of an allergic reaction, the same as you would get with a bee sting, which will require urgent medical treatment.

Where To Find Scorpions in Tennessee? 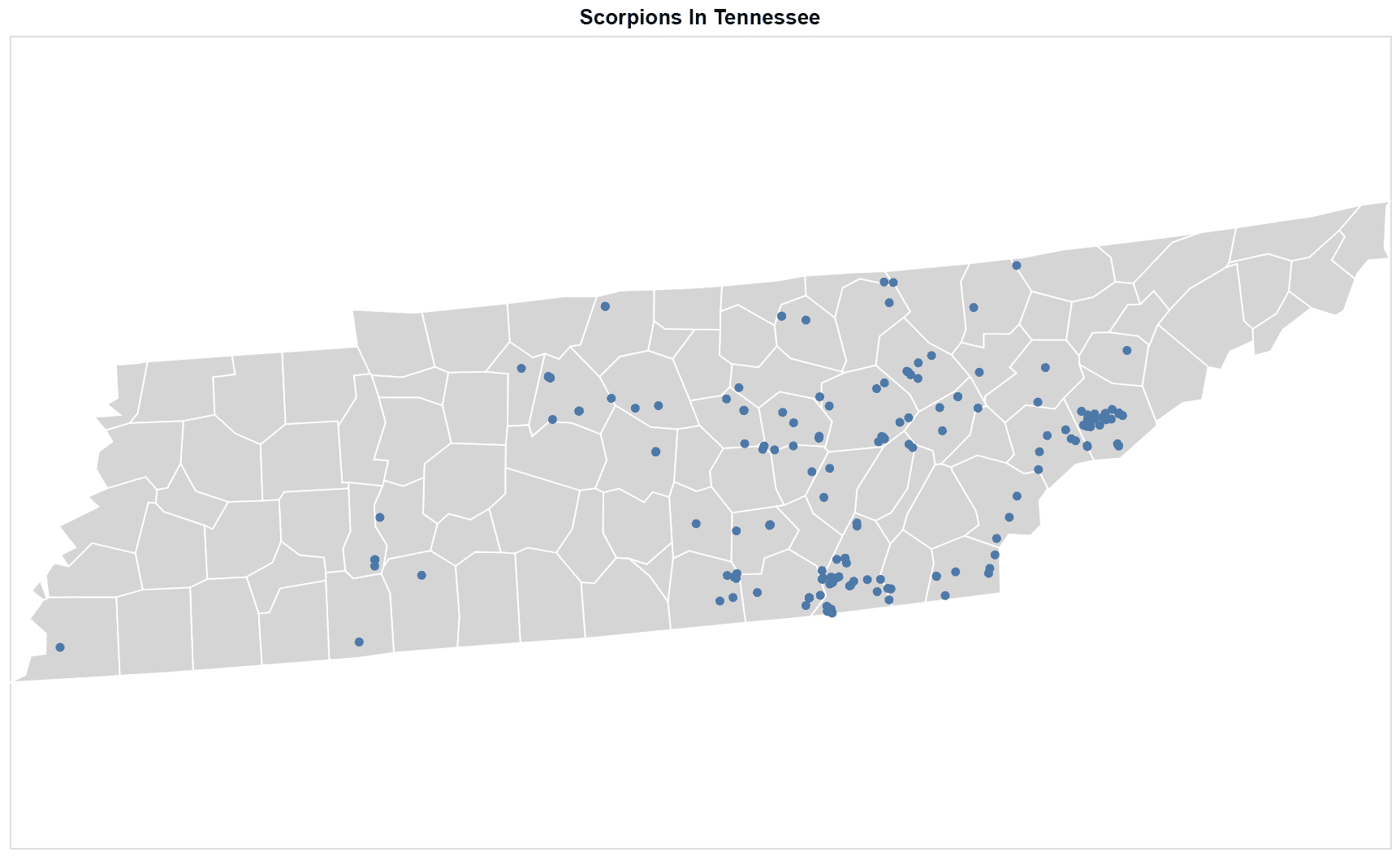 Most of the scorpions in Tennessee are found in east Tennessee in the Smoky Mountains area, which is a surprise as we believe that scorpions need hot and dry habitats.

The scorpions in the area are not big and will more likely run and hide than sting you.

The best time to find scorpions is at night, as they are nocturnal and come out at night to hunt on prey.

You can also find them by lifting rocks or when collecting firewood from the woodpile.

They hide in boots, clothing, and other items, which is why you want to shake out boots, shoes, and clothing before you put it on.

You may sometimes find a scorpion in a swimming pool or in the sink. They can survive underwater for up to 48 hours. See more detailed information here.

If you are out hiking in the Smoky Mountains and you encounter a scorpion, the best thing you can do is leave it alone. Scorpions will more likely try and get away from a human and use their sting as a last resort.

Finding one in your home, on the other hand, is another story. The best way to remove a scorpion from the home is with a dustpan, brush, and thick gloves.

Some are fast, so be ready for it to run and hide, in which case you may need a UV light to identify it. Their exoskeleton does light up briefly under a UV light.

Gently brush the scorpion into the dustpan or a container and place it outside.

Be aware that if you take some time to catch it, the scorpion is going to be irritated and trying to escape when you release it, so drop it and get out of the way.

They can climb walls and are found on ceilings. Simply use the broom and sweep it off.

The scorpion should survive the fall with its hard exoskeleton, enabling you to scoop it up in your dustpan and release it back into the wild.

If you live in an area where you have frequent scorpion visits or they are living under your home, then you may want to call in pest control to eradicate them.

How To Prevent Scorpions

Preventing scorpions from coming into your home is the best method to reduce fear when you find one in the sink or tub.

You should seal all cracks or crevices you have in your home, especially those around doors, windows, and air conditioning vents, which provide easy access for the scorpion to come into the home.

Keep any firewood, woodpiles, and debris away from the home. Try for at least thirty feet to discourage the scorpions from getting into the home.

Eliminate any standing water in your yard, as this will attract insects, which in turn will attract scorpions looking for their next meal.

Check your closets and cabinets regularly for scorpions, as they love dark places to hide during the day.

Remember they eat insects, so turn off outdoor lights at night, reducing the number of insects attracted to the light.

The good news is that the two scorpions you may encounter in Tennessee are not dangerous to humans, though they can cause an allergic reaction if you are stung.

Using preventative measures around the home and knowing how to effectively and safely remove them from the home can give you peace of mind when faced with a scorpion.