Can Scorpions Swim? Facts You Should Know

How many times have you gone swimming on a hot day and seen a scorpion in the bottom of the swimming pool? When you take it out, you are shocked to see it is still alive. Can scorpions swim? How do they survive in a swimming pool for so long?

Continue reading for seven facts you should know about scorpions swimming.

Scorpions are not great swimmers, which is why you always see them at the bottom of a swimming pool or pond.

While they cannot swim very well, they can survive in water for a period of time.

Can Scorpions Live In The Water?

Scorpions today don't have lungs. In fact, they breathe through their exoskeleton. This is what allows them to survive fully submerged in water for up to 48 hours.

Sea scorpions, known as eurypterids, were prehistoric scorpions that lived approximately two hundred and fifty to five hundred million years ago. They were the largest anthropoids with the largest being bigger than an adult man.

Even though they are now extinct, they have modern relatives, including the scorpion.

The sea scorpion started competing with newly evolved fish and gradually they made a transition to live on land, reducing in size over the years.

The sea scorpion is not only related to scorpions, they are also related to other arachnids, horseshoe crabs, and spiders. 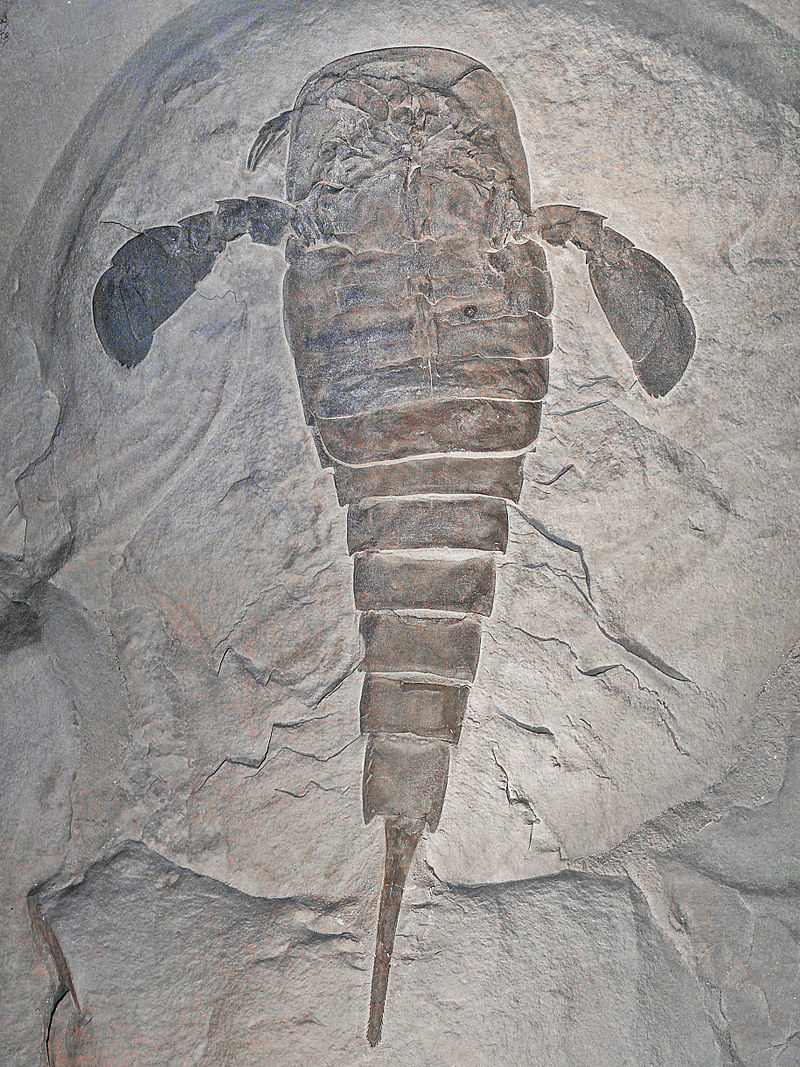 Fossil specimen of a sea scorpion

If you see a scorpion in the swimming pool, chances are it had no intention of taking a dip on a hot day. It is more likely it was hunting food and accidentally fell into the pool.

Scorpions spend time around swimming pools to catch beetles and wasps which are attracted to the water.

Due to the fact that a scorpion isn't a good swimmer and will not take to the water without accidentally falling in, if found in your plumbing, they got in the pluming by accident. Never flush a scorpion down the toilet, they will survive and end up in your plumbing.

Scorpions In The Sink

While scorpions can survive in water for up to two days with no food, you don't want them in your home or getting into your plumbing.

They have been known to crawl up drains into the home, though it is very rare, maybe happening once or twice in the lifespan of the home.

If you find a scorpion in your sink or tub and believe they crawled up the drain it is very unlikely, as they do not live in drains, but many can climb on walls and ceilings, which means they can fall into sinks and tubs now and then.

The smooth sides of the sink make it hard for the scorpion to get a grip to escape, which is why you may find one trapped in your sink.

There are a number of safety precautions you can take to reduce the risk of being stung by a scorpion or having a scorpion in your home or sink.

Be Careful at the Swimming Pool

Scorpions find some interesting spots to hide, which can include the towel you have thrown next to the pool, toys, and clothing. Shake out anything that you have had laying by the pool.

Wear shoes around the swimming pool to protect your feet, this eliminates the risk of standing on a scorpion by the pool and being stung.

If you see a scorpion at the bottom of the pool or pond, use a net to capture and remove it, even if it looks dead. Scorpions that look dead can come back to life and sting you. Also, look for scorpions stuck in the pool skimmer when cleaning the pool.

Look for Gaps and Openings in Your Home

If you have found scorpions in your sink, tub, or home from time to time, you will want to look for ways it may have got in and close up the problem areas. Remember a scorpion can get into the home through the smallest crack. Look for:

Water Scorpions Are Not Scorpions 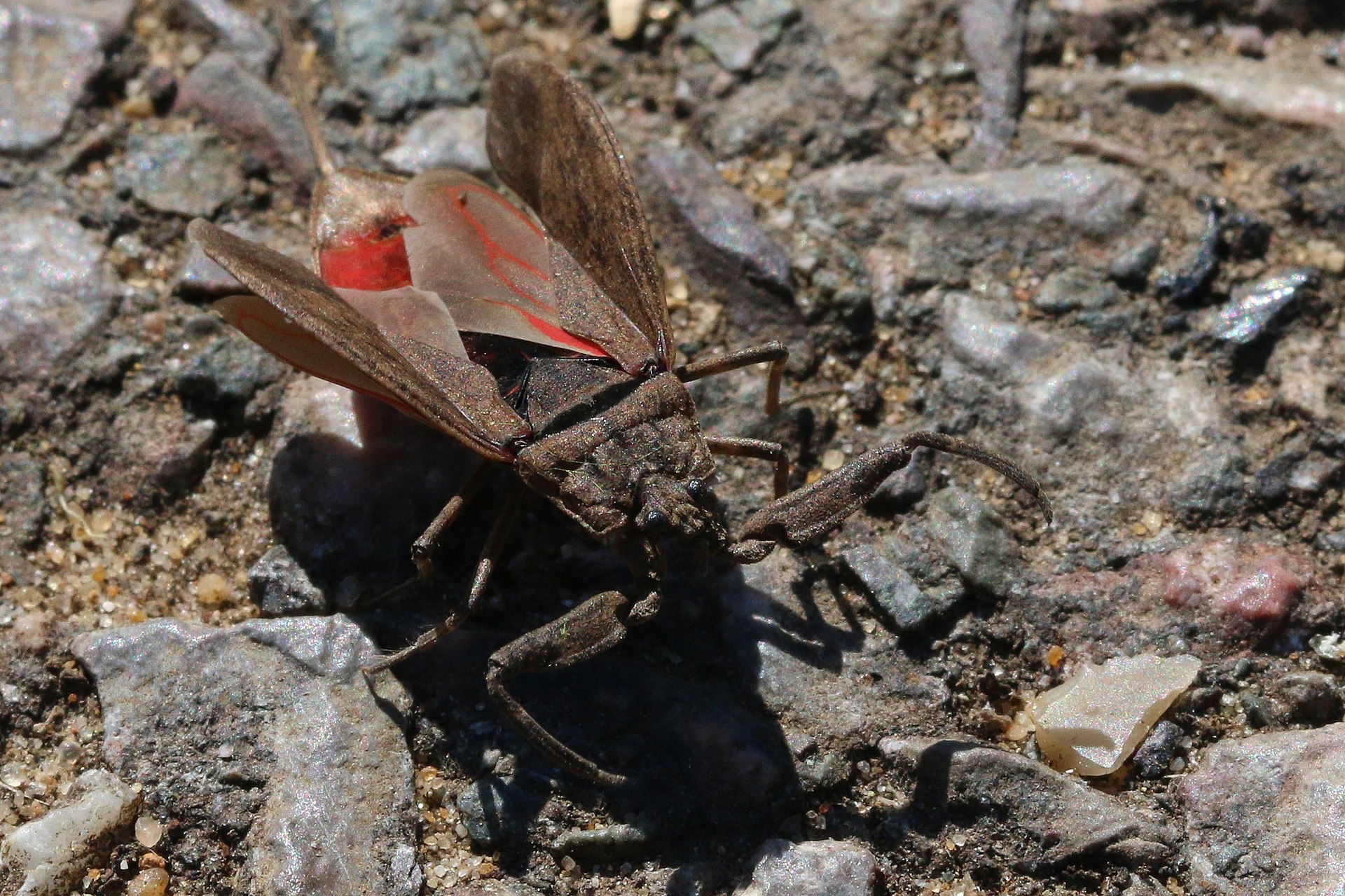 Water scorpions are insects, not scorpions

There are approximately one hundred and fifty species of aquatic inverts, with the water scorpions looking very similar to the land scorpion.

It has front legs designs to capture prey, the tail is made of two respiratory tubes that extend above the water surface, which allows this scorpion to breathe.

The water scorpion does bite and the bite is less harmful than a sting from a land scorpion.

While scorpions cannot swim, they can survive for up to 48 hours in water. Taking precautions around the swimming pool and pond, looking for small gaps in the home are all ways to prevent the risk of being stung by one.