Are There Scorpions In Florida

There are almost two thousand scorpion species in the world, only six can be seen in Florida.

Scorpions often look scary, due to their unique look with pincers, eight legs, and a stinger on the end of their tails.

If you see a scorpion in Florida or you're worried you have been stung and want to know if the scorpion is poisonous, continue reading to find out more.

Are Scorpions In Florida Poisonous?

While all scorpions have a stinger, they are not all poisonous to humans. They can grow anywhere up to four inches, living for six years. The majority of scorpions you will encounter in Florida tend to be black, red, or brown.

They do sting and their venom is toxic, but those you observe in Florida are not lethal enough to kill you, though their sting is painful and will cause redness, swelling, and discomfort for a period of time.

If you are generally allergic to stings, such as bees and wasps, it's recommended to seek medical attention if you are stung by a scorpion in case of an allergic reaction.

Encountering one of the six scorpions in Florida in your home is very unlikely.

The six scorpions you may encounter in Florida, includes:

The Heinz striped scorpion is a member of the Buthidae family, also referred to as a bark scorpion.

This is the smallest and most common of the Centruroides species, often found in Florida with an average size of two and three quarter inches. They can be found throughout Florida, except for Florida Keys.

They are tan to dark brown, usually with a green to yellow stripe. Some have a stripe on either side.

They are slender and prefer living in crevices under stones and bark, along with leaf litter.

They have a painful sting, with pain and swelling continuing for around two days.

Females can grow up to 10cm in length with males being larger, growing up to 15m.

They vary in color, some may be black with red, dark brown, or red with yellow legs, most have black tail sections.

Their favorite habitat is under rocks and tree parks. They will move into your home if they are given the chance and can be found under rubbish piles in yards.

Even though its venom is toxic, it is not as toxic as other members of this species. Stings from this scorpion include itching, swelling, pain, and redness. Some people experience heart palpitations, nausea, vomiting, and diarrhea.

If you experience symptoms other than redness, swelling, itching, and pain, seek medical treatment immediately in case of an allergic reaction. 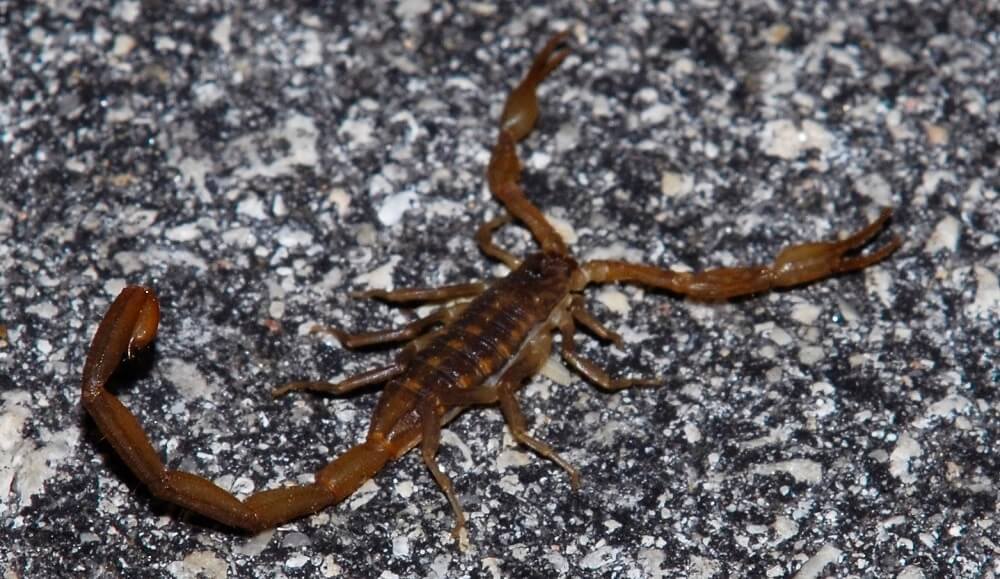 Keys bark scorpion is one of the three bark scorpions that can be found in Florida that have painful stings. They are the largest species with adults growing up to 4 inches.

They live under stones and under bark in coastal plains and tropical forests.

The sting is considered mild and painful, with discomfort lasting up to 5 hours.

They have yellow bodies with two dark bands.

They live for around three years and are common pets in the United States. 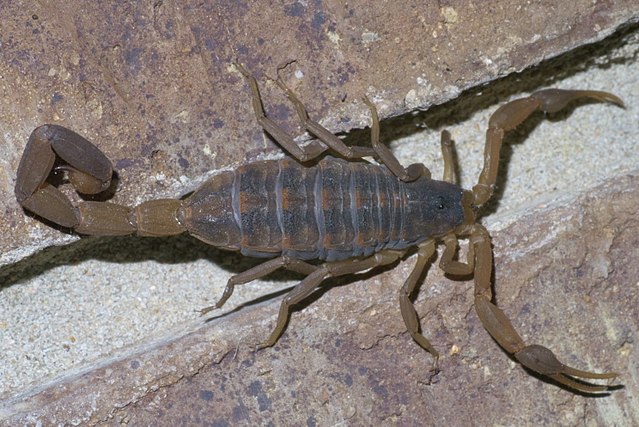 The striped bark scorpion is a medium-sized scorpion that grows to around 7cm.

They are pale yellow with two dark stripes and a dark triangle just above the ocular tubercle. Their color helps them camouflage into their environment.

They live in numerous habitats throughout the country from coniferous and deciduous forests to grasslands and deserts. They live in crevices under rocks, vegetation, old structures, and homes.

They are nocturnal and come out at night to hunt for prey.

They are very common in the United States, therefore it is no surprise that thousands of people are stung by this scorpion each year, experiencing pain and swelling.

The venom is known to cause muscle spasms or allergic reactions in some. In most cases, the venom is simply uncomfortable, therefore swelling can be treated with an ice pack. 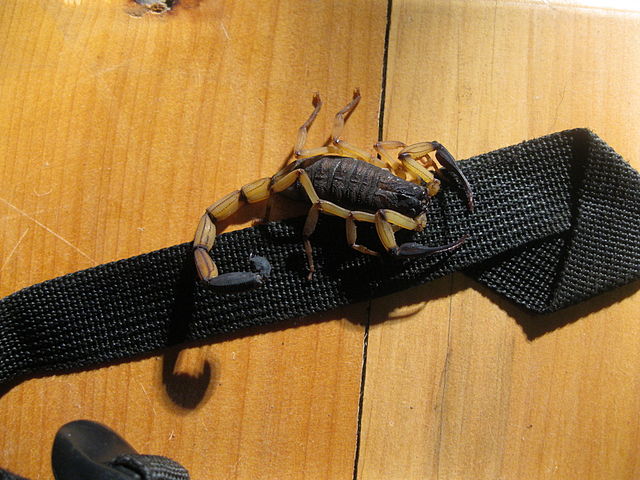 The bark scorpion is probably one of the most researched scorpions in the world.

They are widely distributed from Mexico to Florida.

There are some variations of the species with some having a different color or body size.

The largest bark scorpion size recorded was 8.5cm, which included the tail. Females tend to be larger than the male.

They stop molting after their first mate, hindering any further growth.

These are unique scorpions as they prefer to eat upside down, holding onto the bark. While entertaining to see, it can increase the risk of stings, as you pick up a piece of furniture in the yard, not aware that the scorpion is resting upside down underneath.

These scorpions have a moderately painful venom which has low toxicity. If stung, you will experience pain and fever for around twenty hours.

The southern devil scorpion is a tropical scorpion that unlike the other species, doesn't enjoy living in a desert location. This is one of the few native species found in the southeastern United States.

This scorpion has been residing in the humid south, over their cousins, who prefer dry and arid areas.

They do not have a lethal sting, though an allergic reaction is considered a medical emergency. The sting is painful, it swells and will redden, tenderness may be experienced for some time. If the pain gets worse, you must seek medical attention.

They are nocturnal, which means they are active at night, hunting for prey. They do not simply attack for the sake of it. They hide during the day and will only sting if provoked.

The stinger is located at the tip of their tail, which injects poison into the insect it’s feeding on, helping them to pin their prey down until it dies and they can eat. They have sharp pincers, which they use to hold onto and pull their prey apart.

These are shy and nervous scorpions that would much rather run away from danger than face it. They will only sting if provoked and they have nowhere to escape.