If you are thinking of introducing a Pacman frog into your home and you are a little concerned about croaking, continue reading below to find out more.

One of the most common questions asked by new or prospective Pacman frog owners is how often and what does the croak sound like.

Male Pacman frogs croak and you will know when they do. The male croak is loud and high pitched, you cannot miss it. This is why it’s not recommended to house your Pacman frog in the bedroom.

Most Pacman frog owners have to guess whether they have a male or female frog.

The baby Pacman frog doesn’t croak, and croaking only starts from about six months of age. At this point it’s the male that will croak, making the male easily identifiable from the female.

Related –How to tell if my Pacman frog is male or female?

Don’t be fooled, baby and female Pacman frogs will also make a noise, but they will not do a mating call. They do not croak as such, but they scream.

Screaming is done as protection, when eating and often when bathing and sounds like a long high-pitched groan or chirp.

Pacman frogs are one of the most favored pet frogs, being hardy, and living long lives. They are easy to care for with small terrariums, which can be placed anywhere in the home with ease.

Why Do Pacman Frogs Croak?

In the wild, the male Pacman frog will croak for numerous reasons, including:

Even in captivity, your male frog is going to croak. The reasons for croaking in captivity include:

How Much Do Pacman Frogs Croak in Captivity 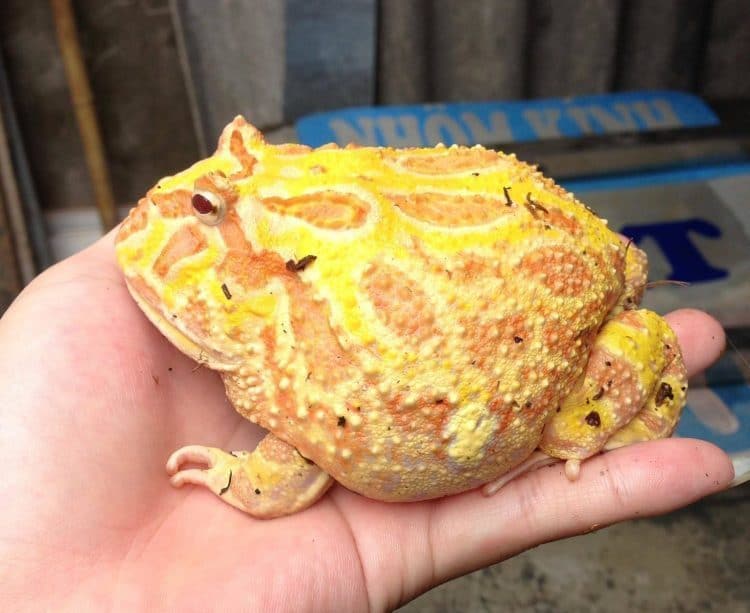 While it’s completely natural for your Pacman frog to make noise, even in captivity, you will be pleased to know that they tend to make less noise when in an enclosure compared to being in the wild.

While your male will croak a few times a day, especially when misting and feeding, you will find he will make the most noise when it comes to mating season.

If you are interested in owning a Pacman frog but have been worried about the noise it makes, then you will find that even the males are quieter in captivity.

It’s not recommended to keep your frog in the bedroom, as they do tend to make noise at night, but in the living areas, your frog shouldn’t be any problem at all.