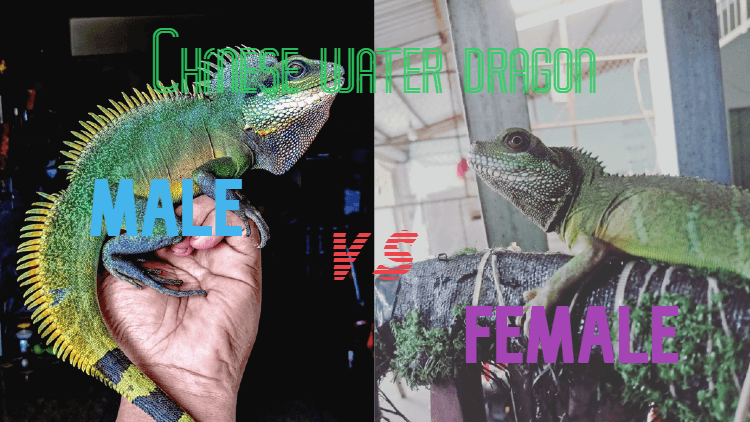 Trying to figure out if your Chinese water dragon is male or female? Wanting to introduce a new dragon to the home, but don't want to add stress with two males in the same enclosure? There are some things you can look for to help you identify what gender your dragon is. 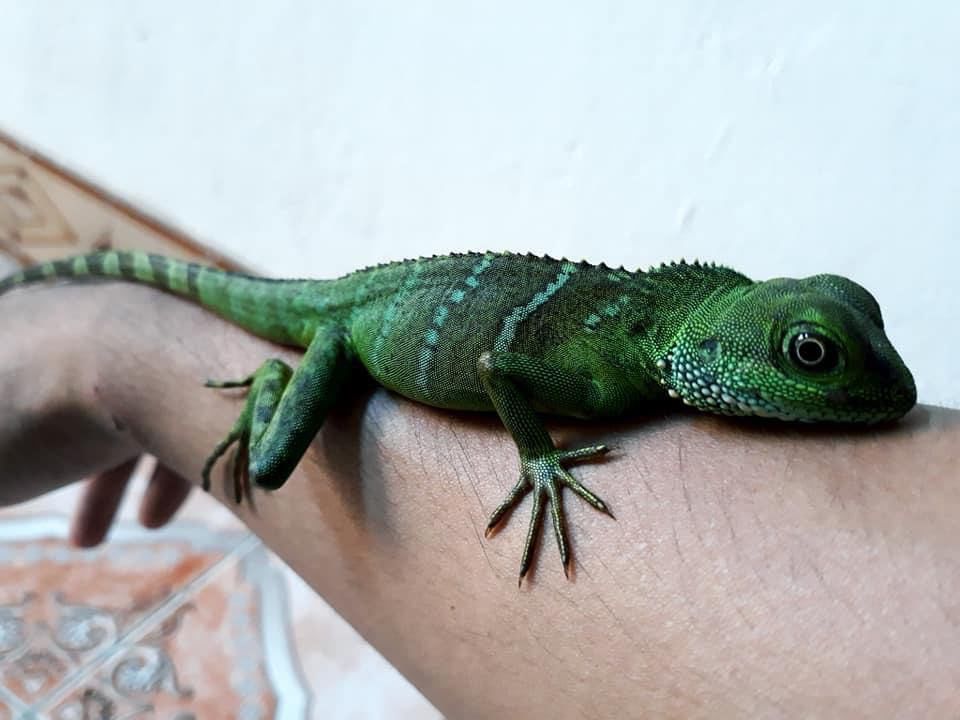 Can not identify gender when the Chinese water dragon is young

Chinese water dragons all look exactly the same when they are younger. In fact, they all look like females.

They are small with triangular heads and a low crest found on the base of their neck. Their bodies are slightly rounded and there are small spikes found on their crest and back.

The femoral pores on the underneath of the back leg are smooth, white and small.

A Chinese water dragon is a juvenile until they are three inches long from vent to snout, around twelve inches adding the tail. A juvenile dragon will be around one year in age and they will all look female.

This is why it's so difficult for Chinese water dragon owners to identify if they have a male or female on their hands.

When the dragon reaches a total length of between sixteen and eighteen inches, their sexual characteristics will start to show. This is when your dragon is around a year and a half old. 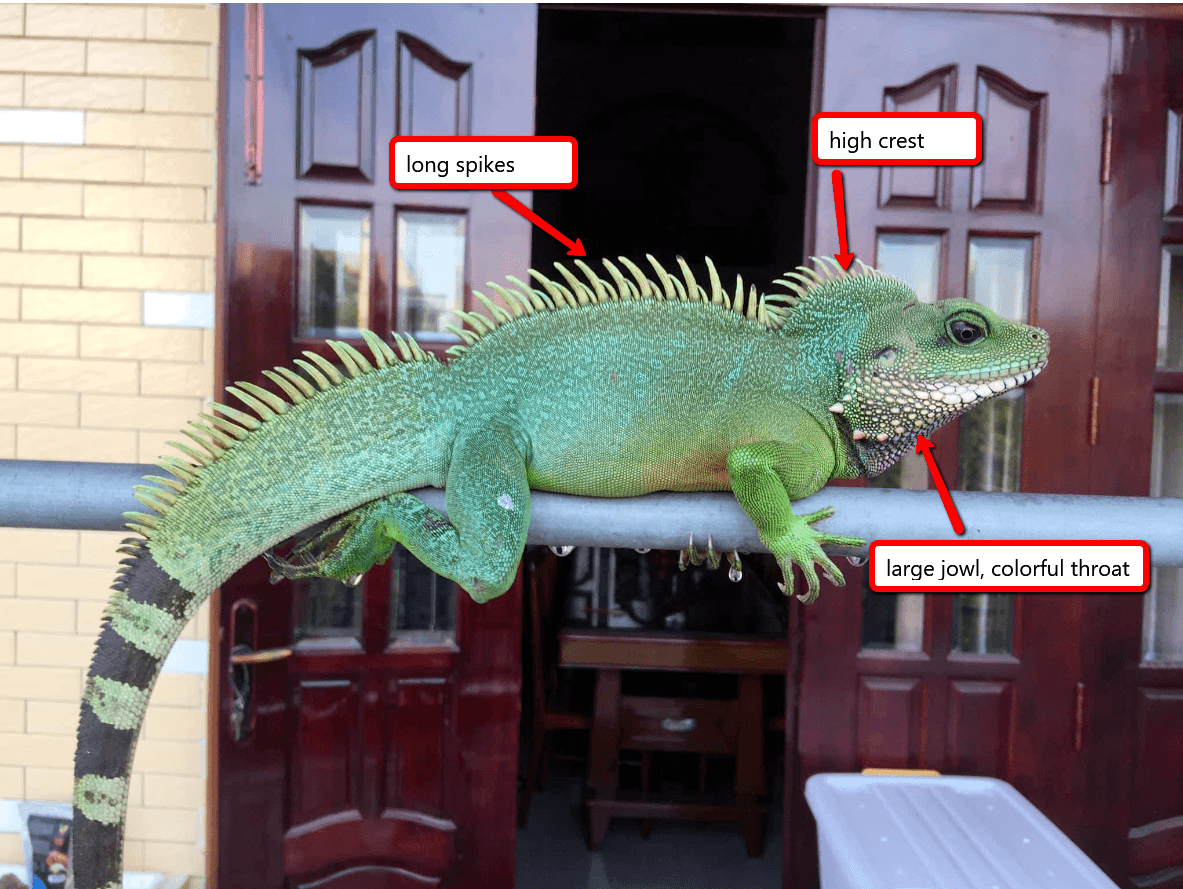 An adult male Chinese water dragon will have a larger and wider head. It will start to look more triangular in shape the older he gets, while the crest found on the back of the neck gets higher with longer spikes.

Male Chinese water dragons have a ridge below the spikes pointing upwards, almost like vertebral spikes. Females do not have these.

Turning your dragon over, you will see the femoral pores will have grown wider and darker, filled with a wax type substance. The body slowly changes from round to triangular with the base of the tail being more triangular than a female.

You will find that male Chinese water dragons can be more aggressive and they will hip their tails if they don't feel like being handled, where females are more docile. This can be seen from an early age.

All Chinese water dragon's look female until they are approximately one and a half years old.

The best way to confirm if your dragon is female is to wait until she is a total length of eighteen inches (snout to tail).

At this size a male would have started showing some masculine characteristics, therefore if your dragon still looks female, then it is female. 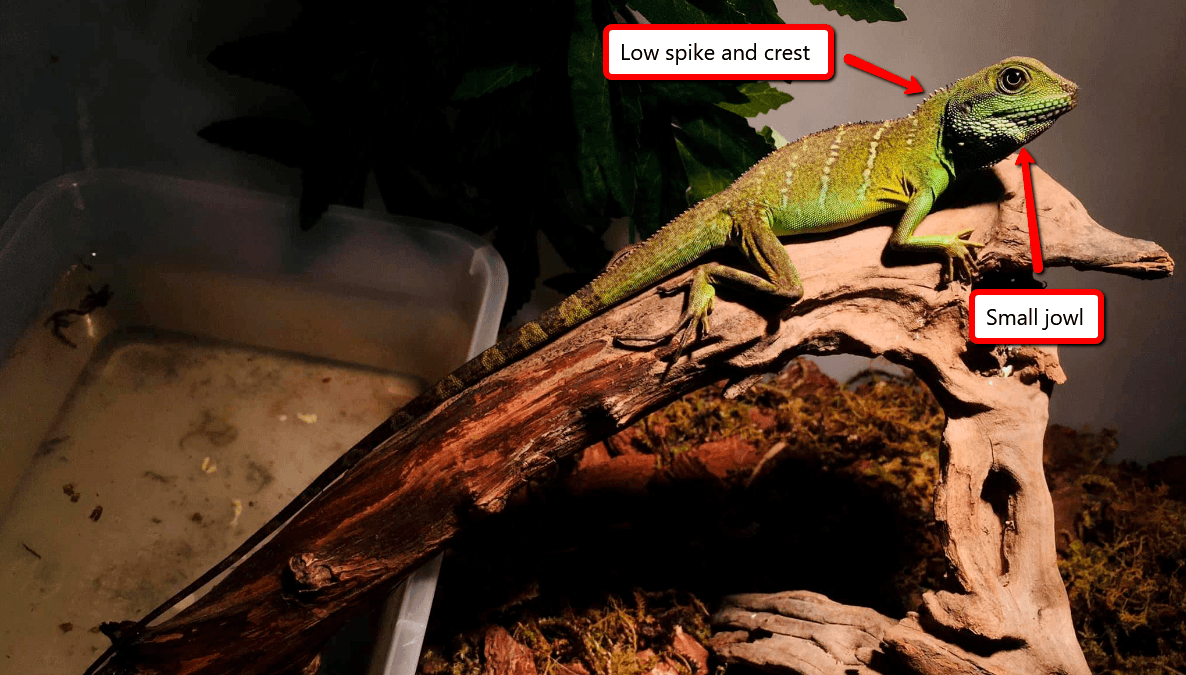 If you suspect your Chinese water dragon is female, then you must learn about the special care requirements she is going to need.

Female Chinese water dragons will lay eggs, whether they have a mate or not, unfertilized eggs won't hatch.

If your dragon has reached a total size of eighteen inches and still looks female, you will want to set up an egg laying area for her.

Dragons will hold onto their eggs if they don't feel they can lay them safely. This can result in them becoming egg bound and may require veterinary attention. 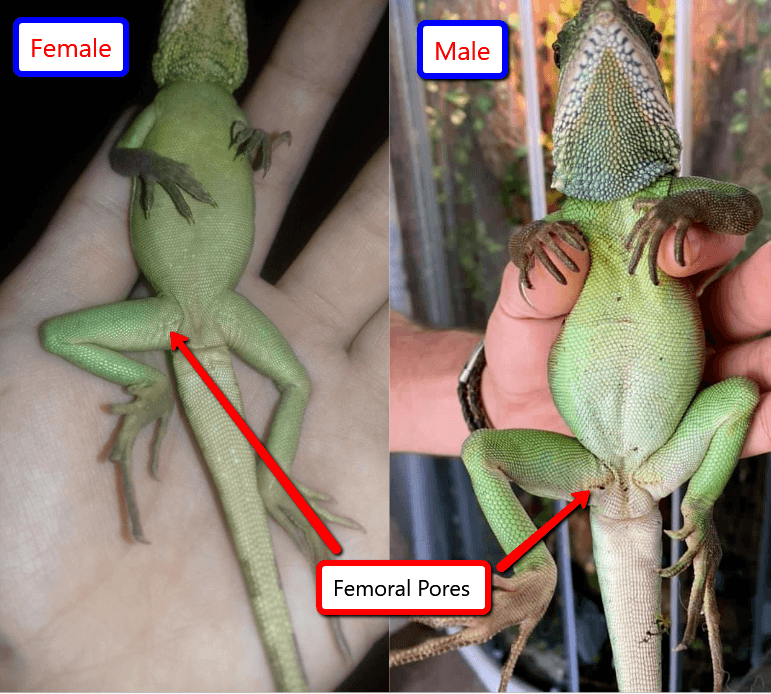 The femoral pores are found on both male and female dragons. You can locate them on the inside of the back of the legs, what you may consider the dragon’s thighs.

These should be brown or black dots unless you are looking at a young dragon, then they will be white. You will find that the femoral pores are more noticeable in males.

Color is just one of the ways you can try and identify if you have a male or female Chinese water dragon.

Even though they do have similar colors, which can range from light green to dark green, even brown, the male will change their throat color from a bright yellow to a stunning orange.

The male also has a pink color that comes from the bottom edge of their mouth. Both these bright colors won't be seen on a female. 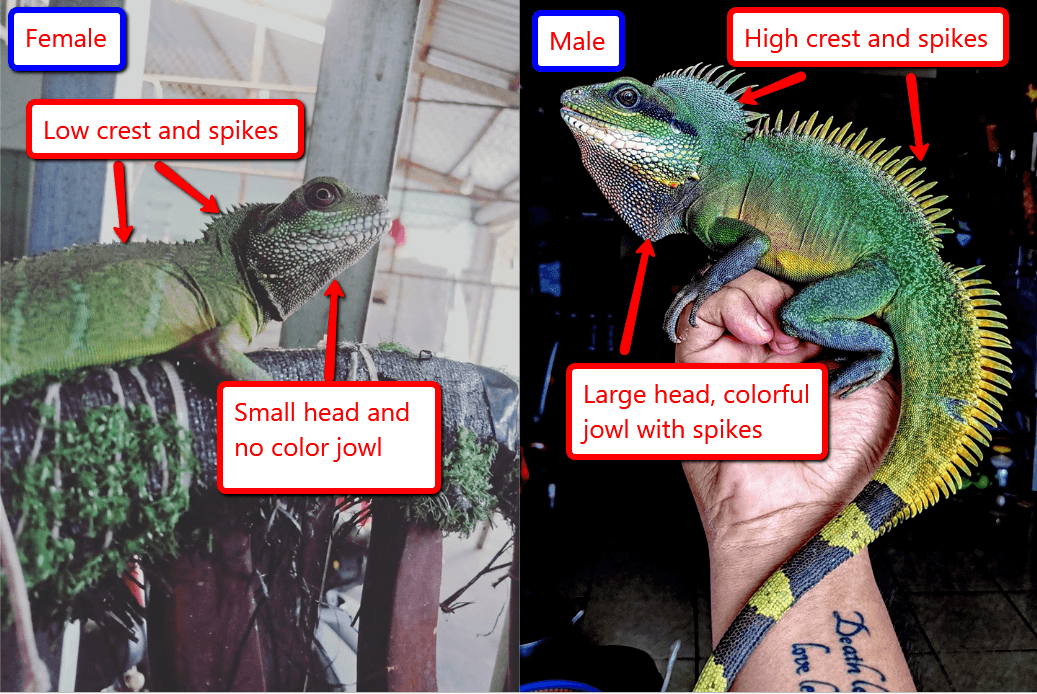 The Chinese water dragon has a mid-sagittal crest, which runs down the center of their back and a nuchal crest, one at the nape of their necks.

The ridge of spikes can be seen extending all the way from the neck to the bottom of the head, followed by another ridge that carries on down to the tail.

Male and female Chinese water dragons both have a crest, but males are larger and they are more noticeable. The male’s spikes are also larger than the female.

A male Chinese water dragon will have a broader and larger head than the female. Males also have larger jowls with long spikes. Even though a female also has jowls, they are not that noticeable and their spikes look more like stubs.