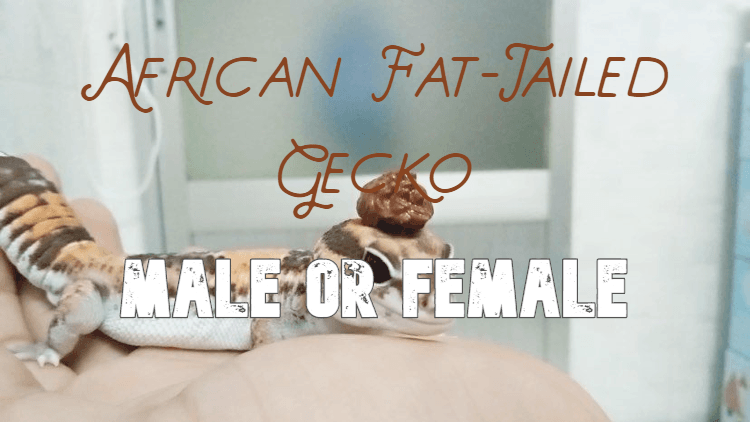 Knowing whether your African fat-tailed gecko is male or female is important, especially when you want to introduce a new gecko to an existing enclosure or you have a number of juveniles and you're worried they are going to start fighting.

Having a clear idea on whether you have a male or female African fat-tailed gecko can help you decide whether to introduce a mate in the enclosure. Some people just like to know what their gecko is, so they can name them accurately.

How Old Must an African Fat-tailed Gecko Be in Order to Sex Them Accurately?

You should be able to sex your fat-tailed when they are a month and a half old. They should be mature enough at this age and start showing signs that help you identify if they are male or female.

Some geckos will be slower to develop than others and therefore they may only be two months of age before you can sex them. These geckos are able to reach maturity by seven months.

Hemipene bulges form below the upper leg, just below the vent. Male African fat-tailed geckos will have swelling at the base of the tail, which is formed by the reproductive organs. Their hemipenes are obvious bulges. Females may have very slight bumps, by they are not as obvious. 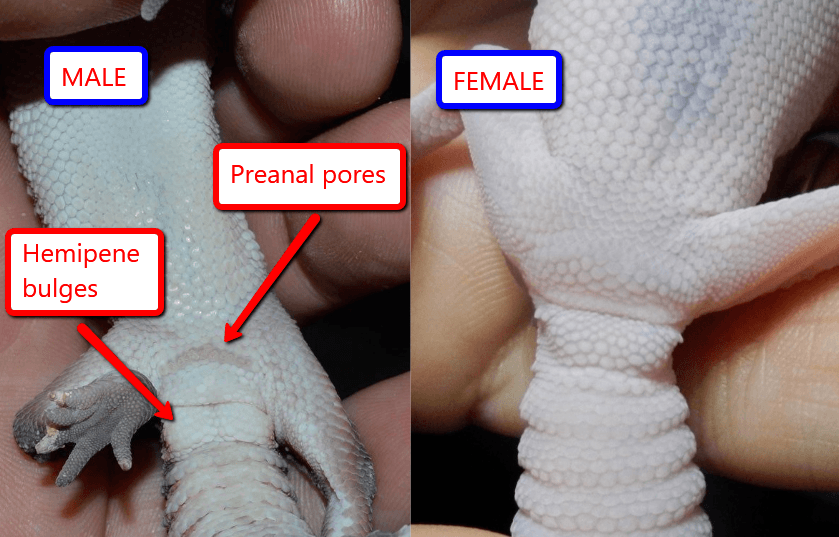 As your African fat-tailed gecko reaches maturity you will notice that a male's head will enlarge. The male tends to have a much broader head when compared to the female. Of course this isn't the ideal way to identify the sex of your gecko if you only have one.

Size does play a role in the sexing of your African fat-tailed gecko, but it will not be a suitable method until your gecko reaches maturity. A mature male gecko will be approximately 7 - 8 inches (18 - 23 cm), while a mature female will be slightly smaller. 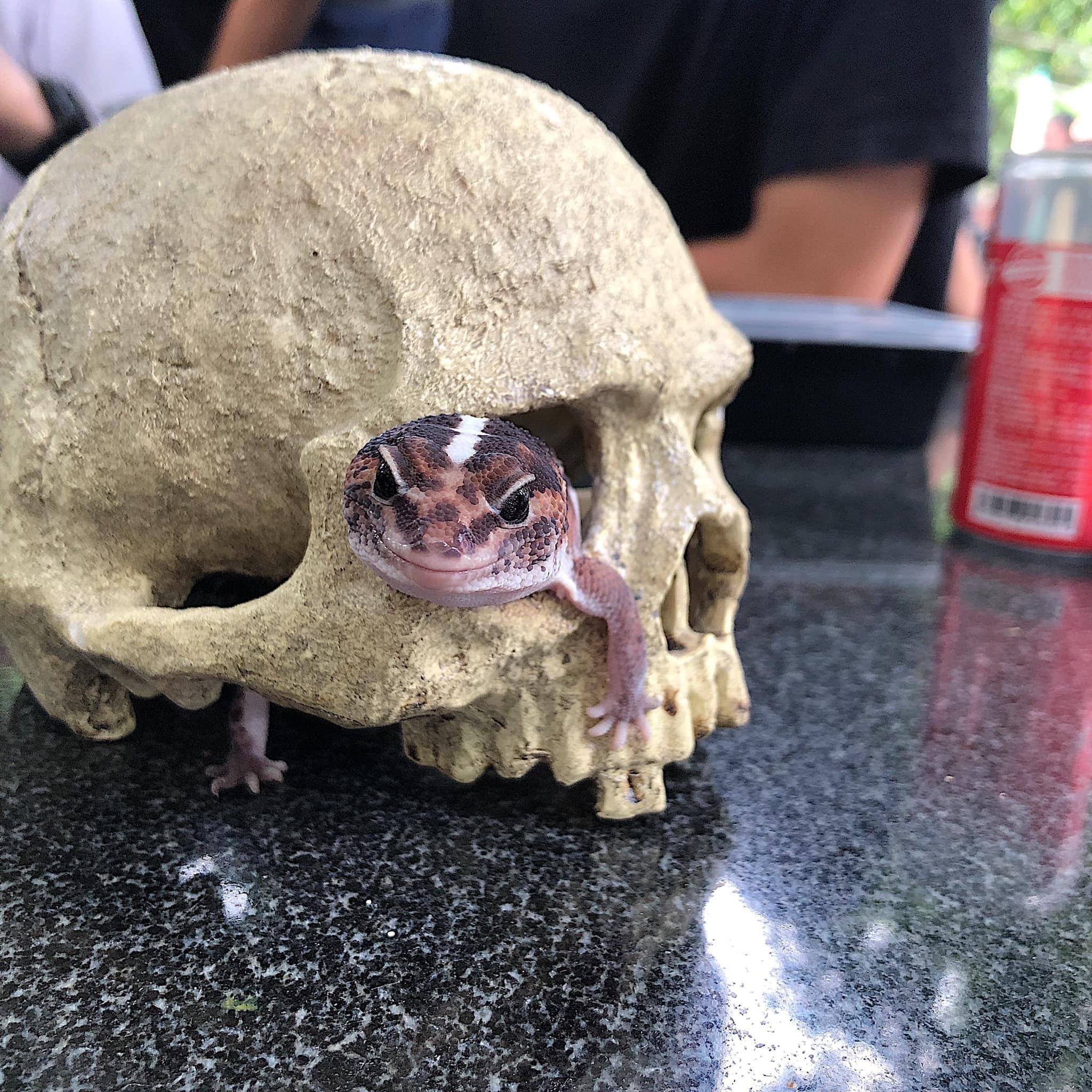 The male African fat-tailed gecko will be territorial. Males can start fighting from ten weeks of age, which is often the first sign on your fat tail being male. Males should never be housed together. Mature males will fight to the death. Due to the fact that they fight from such a young age, it is recommended to separate fat tails once they reach fifteen grams in weight until their sex can be confirmed. Females can live in the same enclosure safely together.

If you want to introduce new fat tails to your existing enclosure, ensure they are female. A male can be housed with two or even three females without any territorial issues. 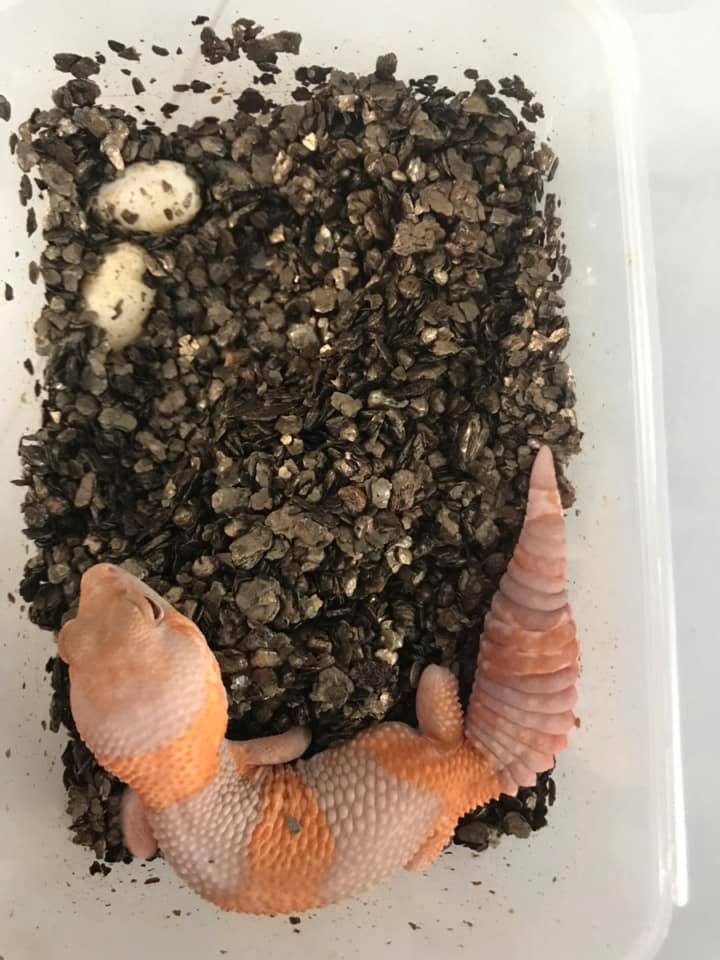 Egg laying is a telltale sign that you have a female African fat-tailed gecko. These geckos can breed as young as seven months. Females lay two eggs, but smaller females may only lay one egg. The egg is around one to one and a half inches in length. Females will lay up to five clutches each year and she will lay eggs whether she has a mate or not. The female does not remain with her offspring once hatched.