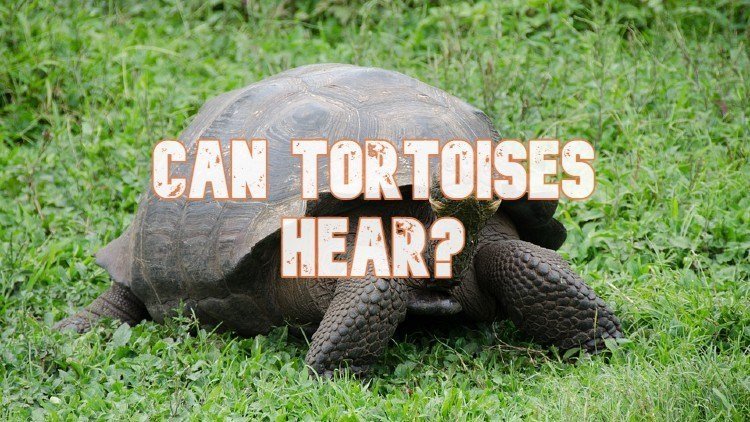 The truth of the matter is that your tortoise doesn't hear much at all. It can process and respond to frequencies, such as those made during fighting, mating, and the hatching of eggs. If you think about it, when have you ever heard your tortoise make any noise?

Relying on Other Senses

Tortoises don't rely on sound much at all, but they have excellent vision and smell. Some can tell time pretty accurately, such as the time you get home from work or what time they get fed. They will sense your footsteps and associate that with feeding, they may smell the food while you are preparing it.

With their excellent sight, these reptiles do recognize their owners over time. Though they probably do rely on their other senses, including vibration patterns to help them identify who is approaching them.

Do Tortoises Have Ears?

Humans and most animals have ears that are quickly identifiable, but tortoises’ ears don't look anything like ours. They do not have an external ear. The ear is hidden behind the scales on the side of the head. The eardrum is based behind the eyes and also covered in scales.

The bony box around the ear is called the optic capsule, which is not found in any other reptile or animal. This is why tortoises rely on the sense of touch, they feel the vibrations through the ground. These vibrations head up the legs, onto the shell, and to the eardrum.

While tortoises don't hear the same as we do, they do hear low sounds much better than higher sounds. Try speaking to your pet in a low voice. Due to the fact your tortoise doesn't have the best sound, it uses other mechanisms to protect itself. It can quickly retreat into its shell if approached and will urinate on the predator, if it tries to pick them up.
Previous Post Different Panther Chameleon Locales Next Post Sulcata Tortoise Mouth Rot