The majority of red-eared slider owners will never worry about knowing the sex of their pet, except for curiosity. As long as your turtle is healthy and happy, then sex isn't important.

However, when you want to breed your pet or keep a number of red-eared slider turtles in one tank, then you need to know whether you have a male or female on your hands.

Why Should You Know The Sex Of Your Red-Earned Slider

In most cases, red-eared slider owners are more curious than anything else on what gender their turtle is.

When you want to name your new pet, knowing its gender can help you give it an appropriate name, especially seeing this is going to be your pet for between twenty to thirty years, with some red-eared sliders living up to forty.

In the event you want to breed your red-eared sliders, then you will want to know the sex to ensure you get males and females together to fertilize the eggs.

Once they reach sexual maturity, female red-eared sliders may lay eggs, she also may present laying behaviors. This is not seen in males.

When the female is laying, she will slow on her eating and will become more active. She will start digging.

Males on the other hand to not display any of these behaviors.

Some red-eared slider owners will want to house multiple pets together with a host of genders. It is important to note that male sliders are territorial against other males.

Should you have more than one male in the tank, you want to provide more space with ample caves and basking areas. 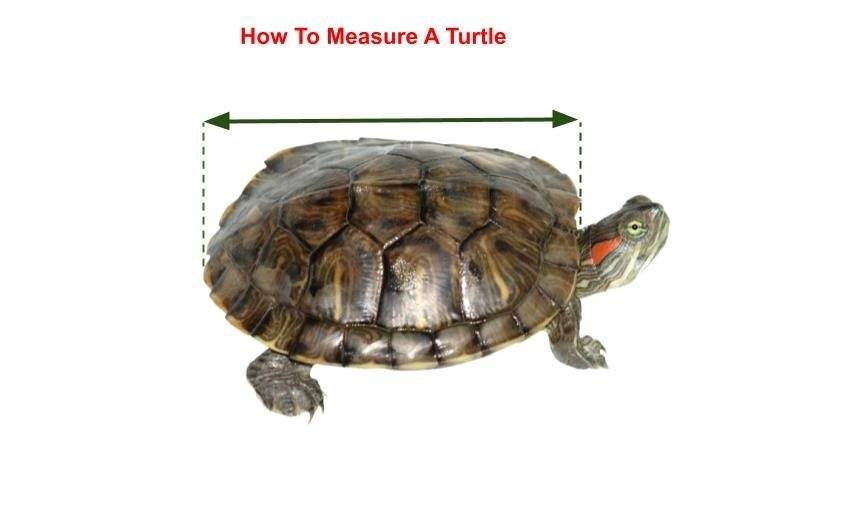 How to measure a turtle

You can identify the gender of your red-eared slider relatively easily from birth, whether you buy from a reputable breeder or from the local pet shop. There are some telltale signs that can assist you.

It is important to note that male red-eared sliders only reach sexual maturity at around 4 inches in length, which is when they reach between 2 and 5 years.

Females, on the other hand, reach sexual maturity when they reach around 7 inches, which is 5 to 7 years of age.

Simple Ways To Identify The Gender

If you don't know what to look for, identifying the gender of your red-eared slider can be daunting, especially if you haven't purchased it from a breeder.

What you may not know is that the incubation temperatures used in the hatching of the eggs determine whether the embryo becomes male or female. A cool incubation produces males, while warmer temperatures produce females.

Luckily red-eared sliders are one of the reptiles which are relatively easy to sex with distinct differences regarding size and appearance.

You will find that the size differences between the male and female red-eared slider may not be obvious until they reach sexual maturity, which is around 2 to 5 years for males and 5 to 7 years for females.

Once they reach maturity, there is around a 4-inch / 10-centimeter difference between males and females with females being larger than the male.

Males have a concave plastron which curves in, while females are flat. The shape enables the male to mount the female during mating, while also giving the female adequate space to store her eggs internally. 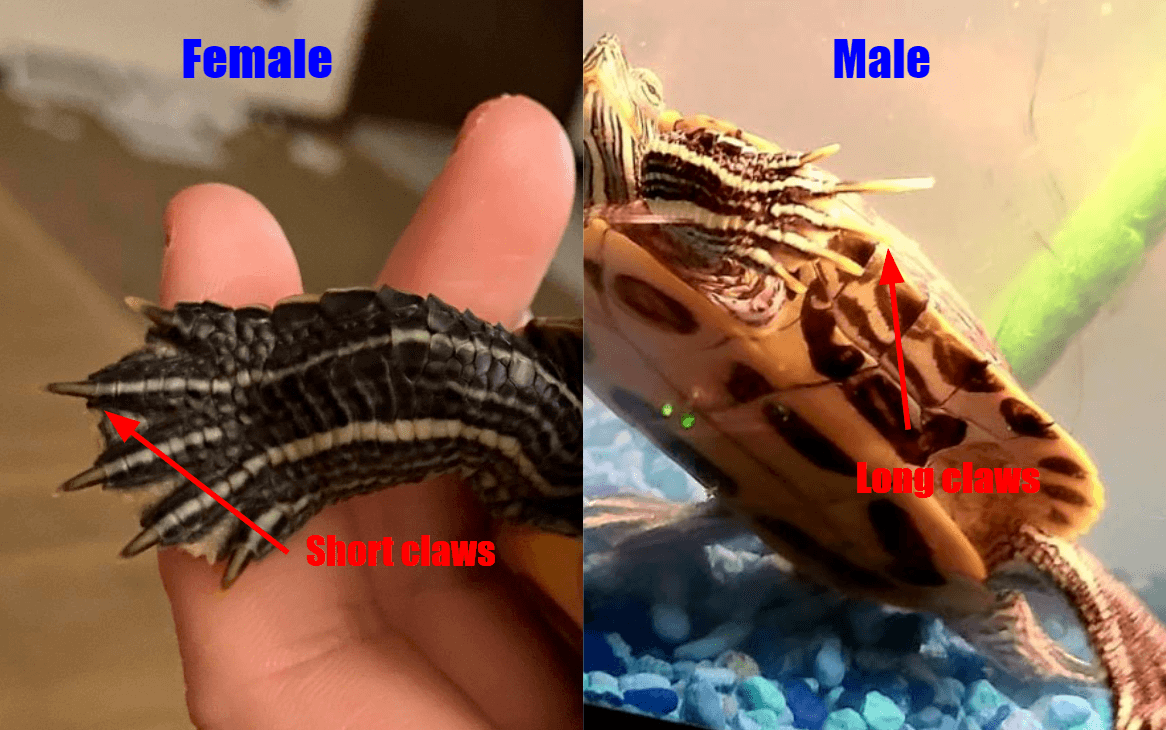 Male red-eared sliders have longer claws on their front feet than the females. Females have short and stubby claws.

The reason for this is that the male’s claws help them attract females during mating season. Males will use the claws to hold on to the upper shell of the female during mating. 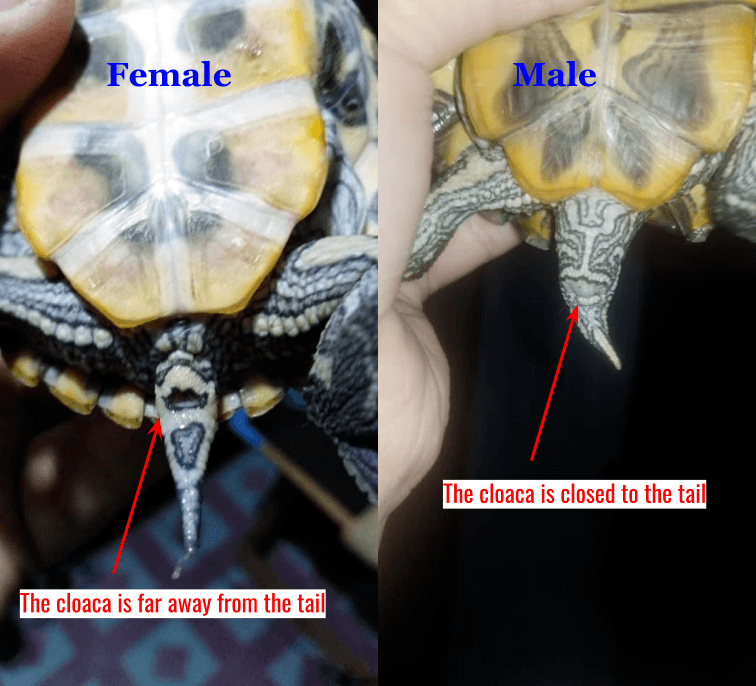 The easiest and most common way to determine if your red-eared slider is male or female is to look at its tail length.

Females have short, skinny tails, while males have thicker and longer tails. The male’s vent (cloaca) is located close to the end of the tail when compared to a female.

Using the tail to determine gender is one of the easiest ways to see if you have male or female turtles on your hands.

Red-eared sliders are green-bodied with bright yellow streaks, which doesn't help tell the difference between males and females.

The plastron is usually yellow with uneven dark markings, while the tail, legs, and head are green with thick yellow stripes.

As your pet ages, it will get darker, some go almost black with some yellow markings. The darker your turtle gets, the more likely it is to be male.

Unless you want to breed your red-eared slider, want to keep multiple sliders or you don't want an active female that won't eat while she lays her eggs, then knowing the sex won't matter.

Once your pet reaches maturity, identifying the gender will be much easier and more obvious to the naked eye.