Are you a reptile beginner and thinking of getting a first pet snake? Corn snakes and milk snakes are very similar and popular as pet snakes. Corn snake vs milk snake. Which one is better?

Choosing a corn snake or a milk snake may be daunting. This article will compare their similarities and differences so that you can make the right choice.

Before you look at the difference between corn snakes and milk snakes, there are three important things you want to know:

An adult corn snake will grow to a length of up to 71” (182cm) in the wild with a lifespan of up to eight years, which is dramatically increased once they are living safely in captivity. They are similar to copperheads in looks, showing bright colors and round pupils. 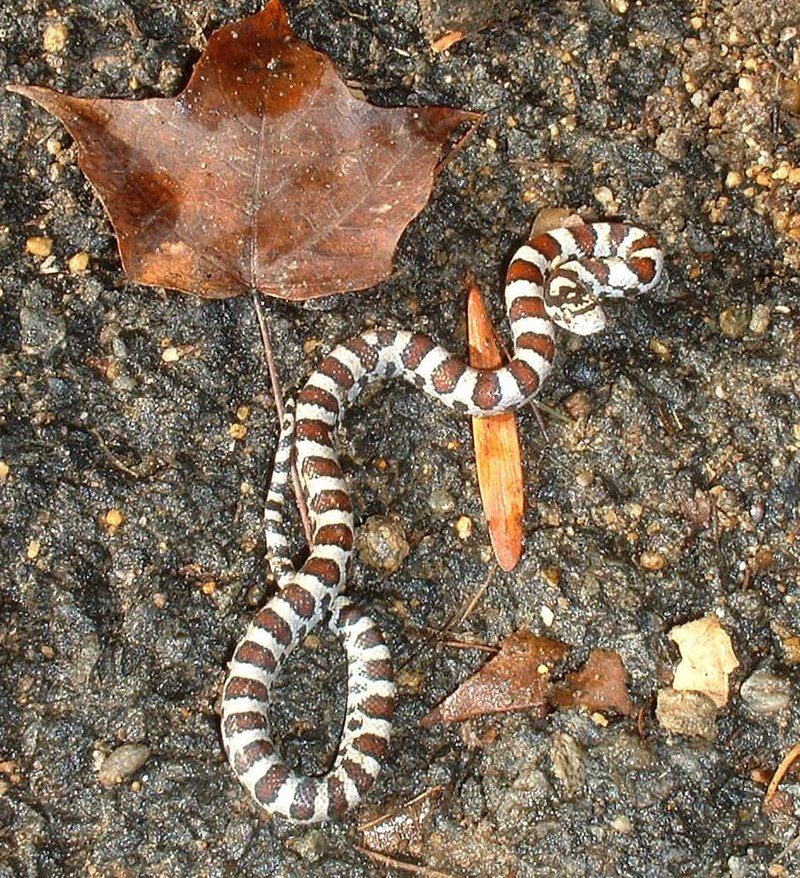 In the wild, milk snakes grow up to 60” (152cm) and can weigh up to 225g. In captivity, however, these snakes can become bulky and weight 750g or more. Males tend to be slightly larger than females.

There isn't much size difference between the two

Corn snakes have a relatively short life span in the wild, but in the comforts of captivity, they can live to over twenty years of age. The oldest corn snake recorded in captivity was thirty-two years of age.

Milk Snakes also live to over twenty years of age in captivity with the right habitat conditions to keep them comfortable and healthy.

Both the corn snake and the milk snake require a long-term commitment with the average captive life span being over twenty years of age.

The corn snake is not a bright snake, but it does come in a variety of colors.

The milk snake tends to be bright in color with distinct bands.

The milk snake is brighter in color with distinct bands when compared to the corn snake.

The corn snake is often found in forests, abandoned buildings, and overgrown feels. They live far from the sea. They live on the ground until they are around four months, but they are able to climb trees and elevated surfaces.

In cold regions, they will hibernate in winter.

Milk snakes are versatile snakes that can be found in a host of habitats from open grasslands to rocky slopes. They migrate and tend to move to drier and higher ground during the winter months, moving to warmer and moist habitats in the summer months.

Milk snakes do hibernate during the winter months.

The milk snake and corn snake both hibernate in winter, combing out in the warmer summer months.

If you are thinking of breeding your snakes in the future, then you will be pleased to know that the corn snake is easy to breed, though they will need to hibernate for around ninety days to prepare them for the breeding season.

The female lays between twelve and twenty-four eggs in a warm and moist area of the enclosure. They then abandon the eggs. The eggs take around ten weeks to hatch baby corn snakes, an average of five inches in length.

Milk Snakes can be a little harder to breed and lay an average of ten eggs. They mate in early May and late June, with females laying eggs in logs, rocks and vegetation. The eggs are white, and take approximately two months to hatch with babies measuring around 8.2 inches.

If you are interested in breeding, then the corn snake is considerably easier than the milk snake to breed, but the milk snakes tend to hatch earlier and offer larger babies.

Corn snakes are great feeders in captivity, making them ideal for beginner owners. They are carnivorous eating a variety of foods from small rodents to reptiles and amphibians. They will also eat bird eggs.

Milk Snakes can be a little more difficult when it comes to feeding in captivity. They may take food with tongs today and the next feed they are not interested, eating in quiet when the food is left in the habitat.

The milk snake diet is an opportunistic eater and will eat anything from birds and frogs to other snakes. They are known to eat eggs, rodents, reptiles, amphibians, and more. In captivity, their diet consists of rodents.

The corn snake has proven to be a much easier snake to feed in captivity, almost always taking their food from the tongs, while the milk snake tends to be a little fussier, making the corn snake a little easier to care for even though their captive diets are very similar, consisting of rodents and young chickens.

Corn Snakes are docile and very calm snakes. They don't tend to bite or constrict when stressed and even enjoy being handled by their owner now and then. Be warned that baby corn snakes can nip, but this will stop once they get used to gentle handling.

Corn snakes resemble the dangerous and venomous copperhead, but they are completely harmless to humans.

Milk snakes can be handled easily and the chances of them biting you are minimal, but when they are stressed or anxious, they can musk as a self-defense mechanism.

The milk snake will always try and escape before it vibrates its tail and strikes, even though it is non venomous, the tail vibrates but doesn't rattle.

Corn snakes are very calm and docile, they don't get stressed easily, where you may find your milk snake stressing and musking until they get used to you. The corn snake has proven it's easy to handle for a first-time snake owner.

Both the corn snake and the milk snake are long term commitments and easy to care for. They share a similar diet and lifespans.

The corn snake is slightly easier to care for than the milk snake, making the corn snake more suitable for the beginner snake owner.

The milk snake is an ideal second snake, once you have more confidence feeding and handling your pet.

This was so helpful.